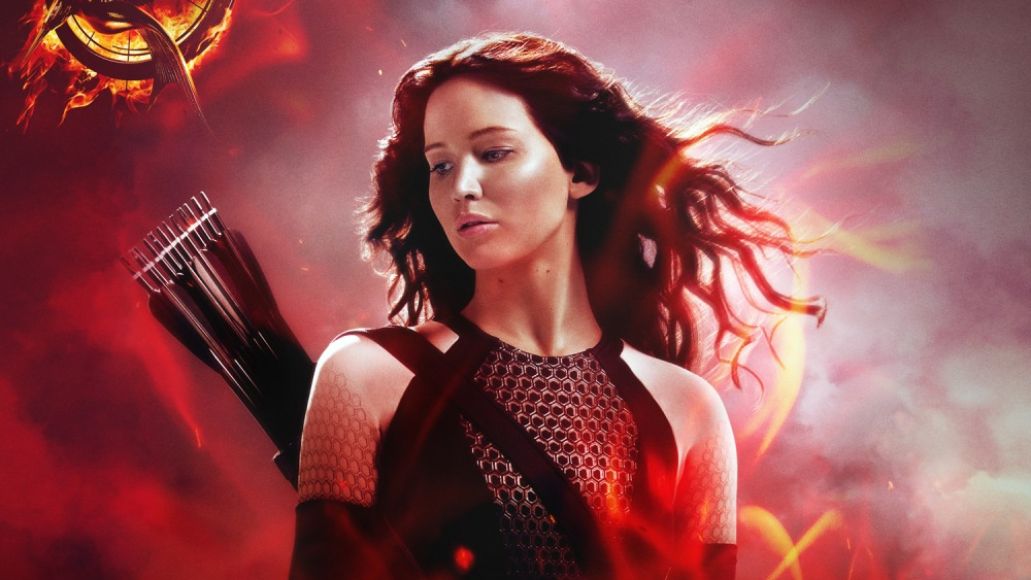 Throw on your best flaming dress and get ready to enter the Arena: Universal Republic is streaming the star-studded soundtrack to The Hunger Games: Catching Fire in full one week ahead of its release date (November 19th). Take a listen now at iTunes.

The 15-track effort includes new, original compositions from The National (the haunting “Lean”), Coldplay (the intimate “Atlas”), Lorde (a creepy cover of Tears For Fears’ “Everybody Wants To Rule The World”), along with The Weeknd, Antony and the Johnsons, Patti Smith, Santigold, and Christina Aguilera, among others.

“On this one we wanted to get away from the concept of one producer producing everything,” Republic executive VP Tom Mackay told Billboard of the soundtrack’s accumulation. “Without T Bone (Burnett) on the first one we would not have gotten those bands (Maroon 5, Taylor Swift, Arcade Fire). Now it’s a franchise. We basically said, ‘Here are the rules: You’re going to send in a demo and we may ping-pong it with you to craft it, but once that demo is approved you are free to use whoever you want and do whatever you want. Send it back to us and we’ll work with you on the mix.’ I think a lot of the bands were excited about the autonomy we gave them on the production side.”