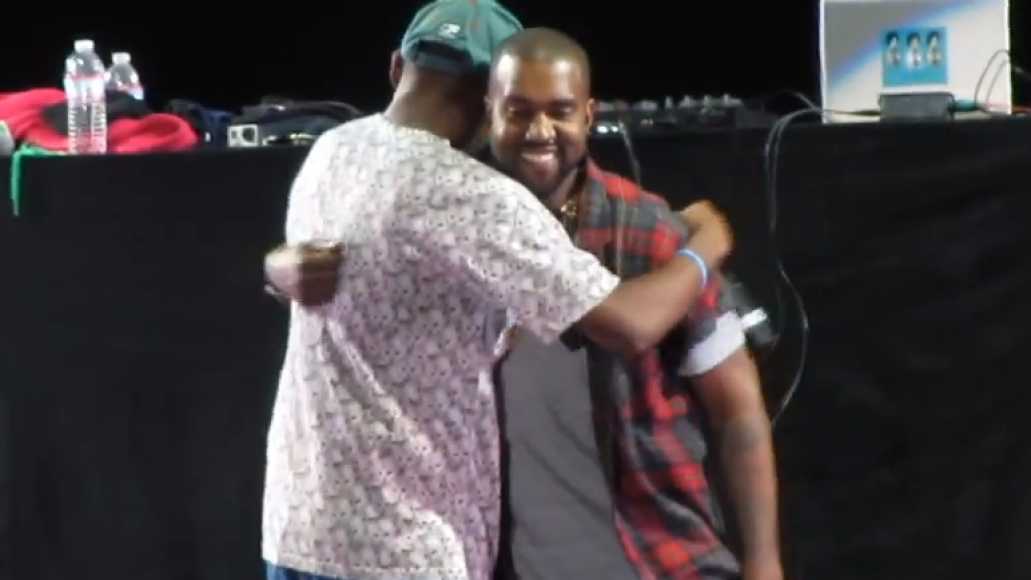 Kanye West made a surprise appearance at Odd Future’s carnival Camp Flog Gnaw in Los Angeles on Saturday night. He took the stage during Tyler, the Creator’s headlining set to perform “New Slaves” and “Late”. Watch fan footage below.

Just last week, Kanye described Tyler as his “mentor.” He told Los Angeles’ 97.1 AMP Radio: “[Tyler] came in and was like, these are the principals, because he’s so talented and understands things because he went to film school. I literally would like email and be like, ‘Can you teach me how to make videos?’ I want to learn.”