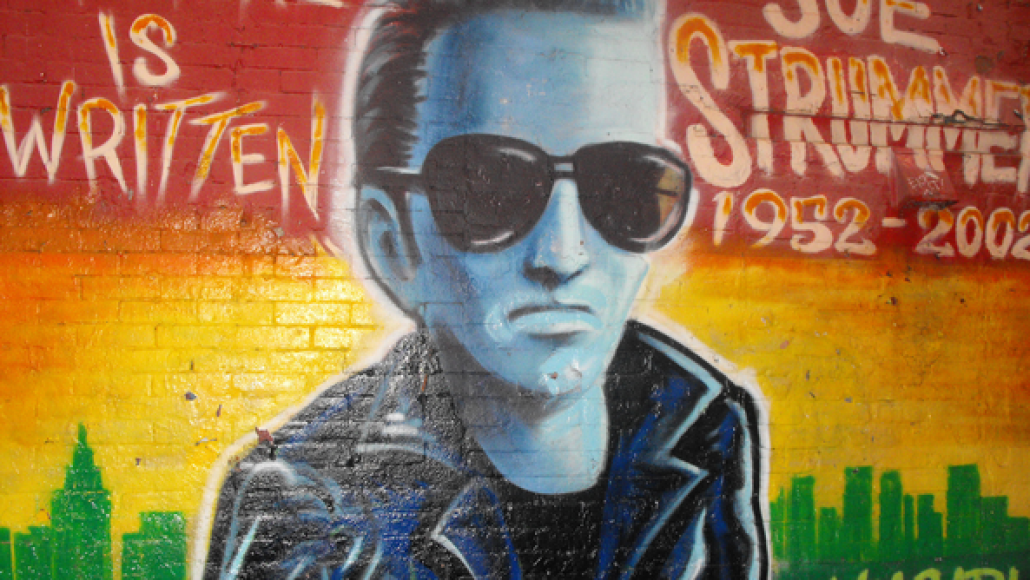 Welcome to our weekly feature Video Rewind. Every Friday, a CoS staffer shares a beloved video clip dug up from the depths of the Internet. This month marks the 10th anniversary of Joe Strummer’s posthumous, final album Streetcore. Ryan Bray looks back at one of the many album’s standouts, Strummer’s cover of Bob Marley’s “Redemption Song”, and why it embodies his ever-lasting legacy.

Some people just feel like they were never meant to go away. Joe Strummer is one such musician who fits that bill, so much so that his absence is still painfully noticeable over a decade after his death. It’s not a fresh wound, but every once in a while when I stop to think about Strummer, The Clash and his later work with The Mescaleros, I find myself breathing in deep and letting out a cathartic sigh. At just 50 years old, it seemed like there was still plenty of musical road left for him to travel.

Strummer had a universal touch that’s rare, and the video of his stripped down cover of Bob Marley’s “Redemption Song” is a testament to what the man and his music meant to so many. “Redemption Song” was a standout of Strummer and the Mescaleros’ Streetcore, which was posthumously released almost a year after the singer’s death in December of 2002.

Strummer’s stirring ballad is set to footage of his posthumous mural that adorns the wall outside Niagara Bar in New York’s East Village. It’s through that man-on-the-street perspective that we bare witness to true legacy of Strummer’s storied career: the countless throngs of people he touched and inspired. It’s on the faces of bystanders, including one Steve Buscemi and the members of Rancid, a band long considered The Clash’s next of kin. It’s also there in the reactions from casual bystanders and long-time fans who seem flat-out bowled over by what they’re watching. These aren’t mere fans, but people who would have walked with Strummer through the desert, if only he asked them to.

That kind of loyalty is rare, but if anyone ever made good on it, it was The Clash frontman, a people’s champion of rock and roll if there ever was one. “Without people, you’re nothing,” Strummer opines passionately at the video’s start. You never have to worry, Joe. We’re still with you.