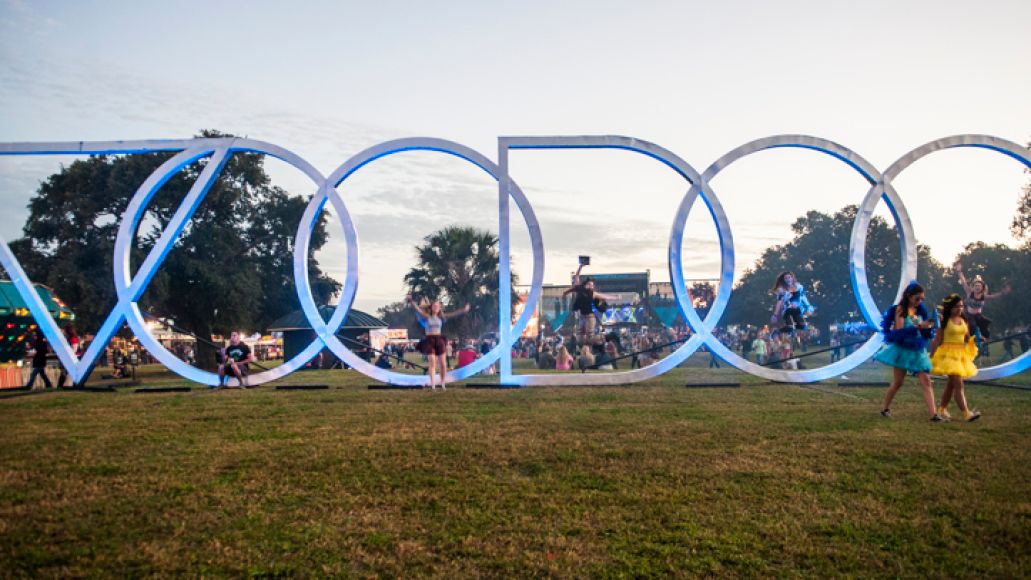 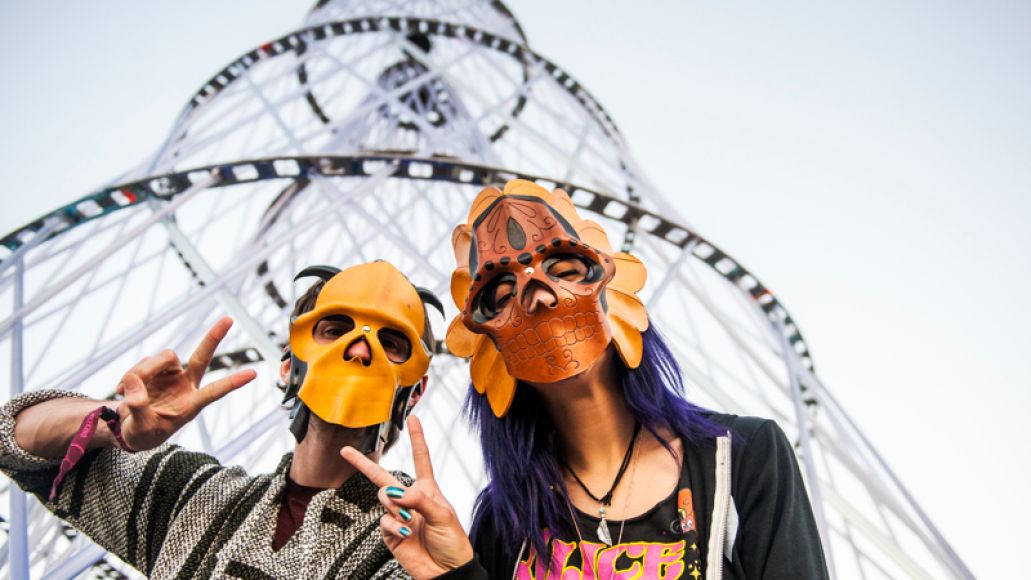 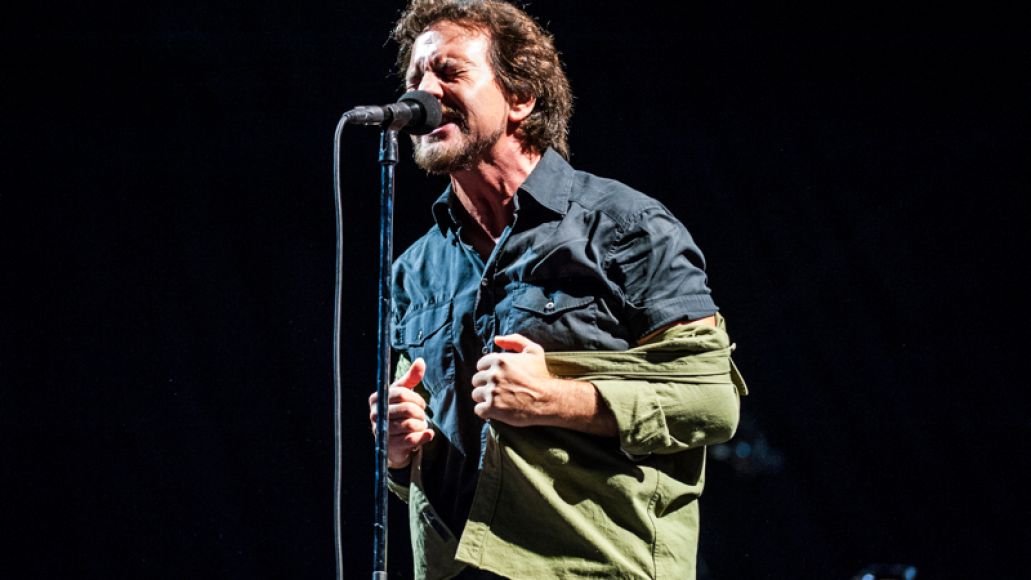 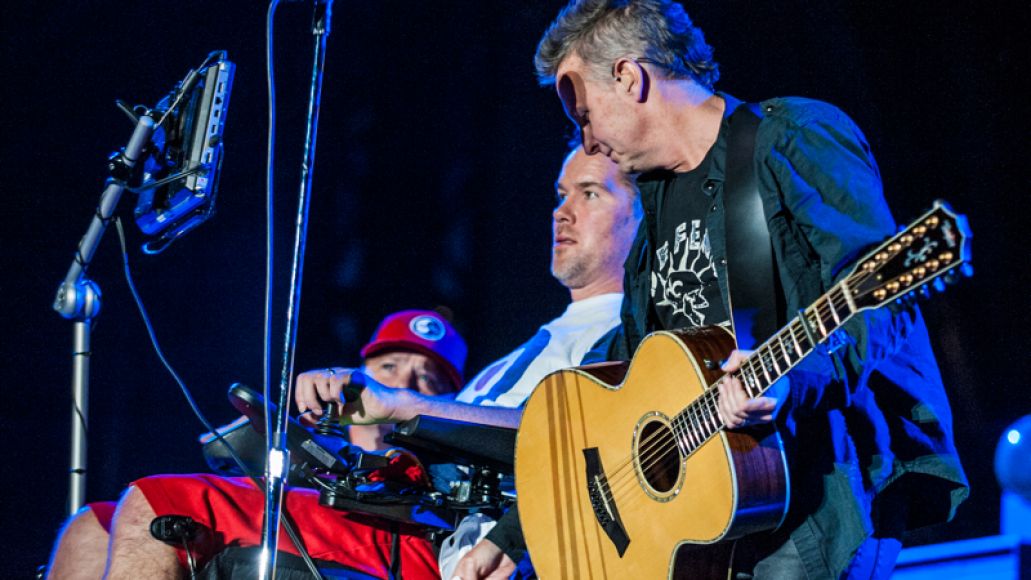 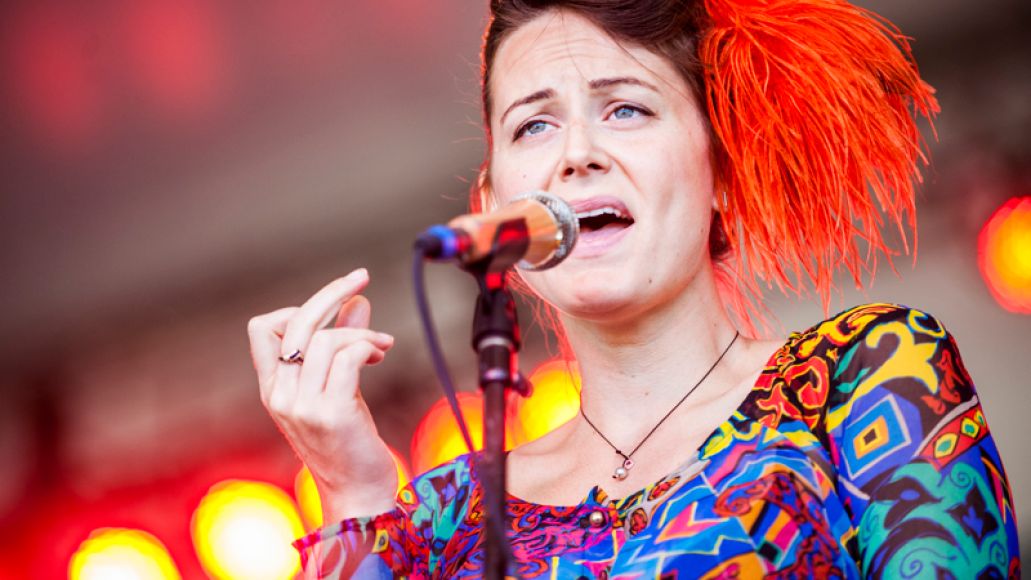 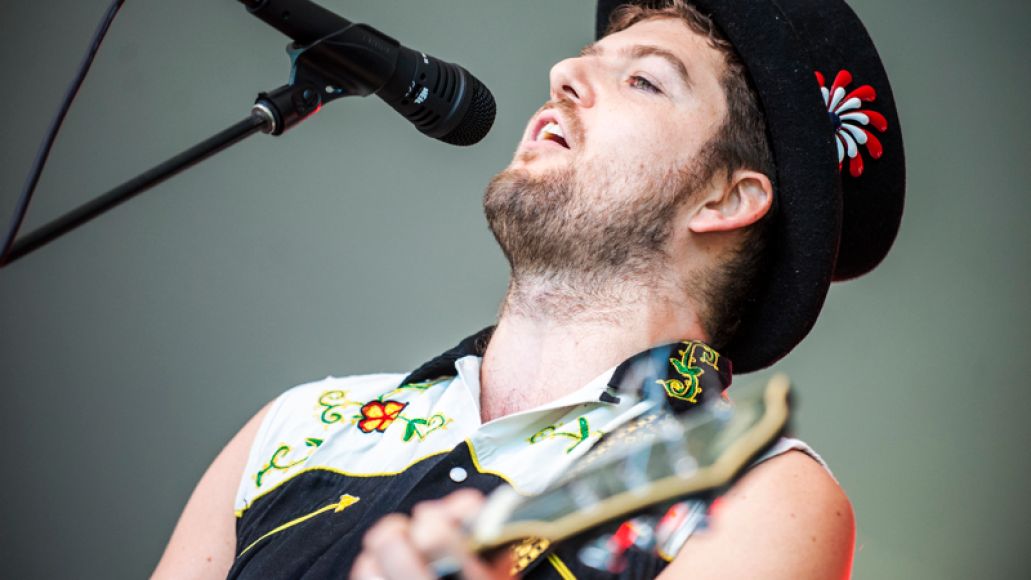 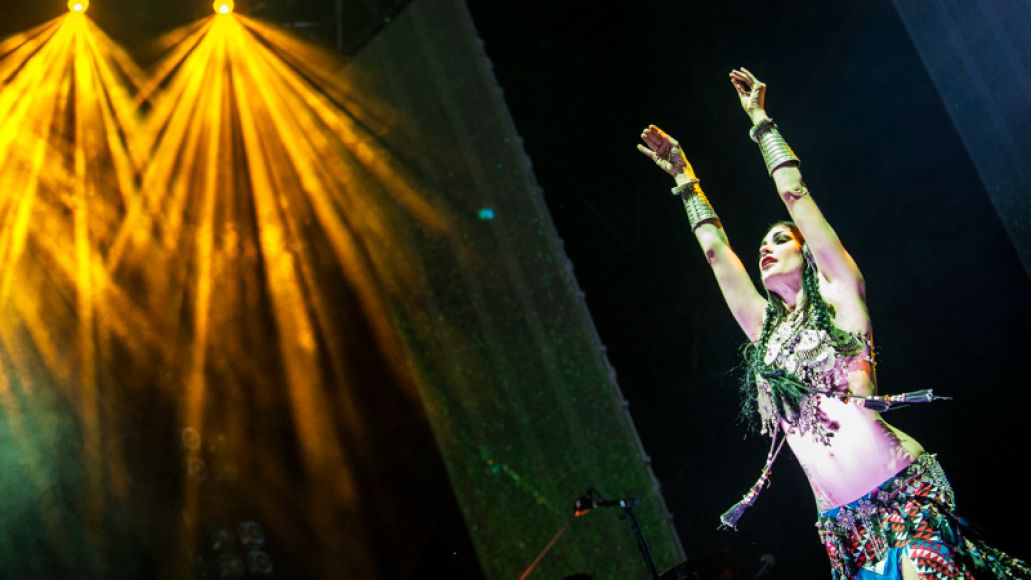 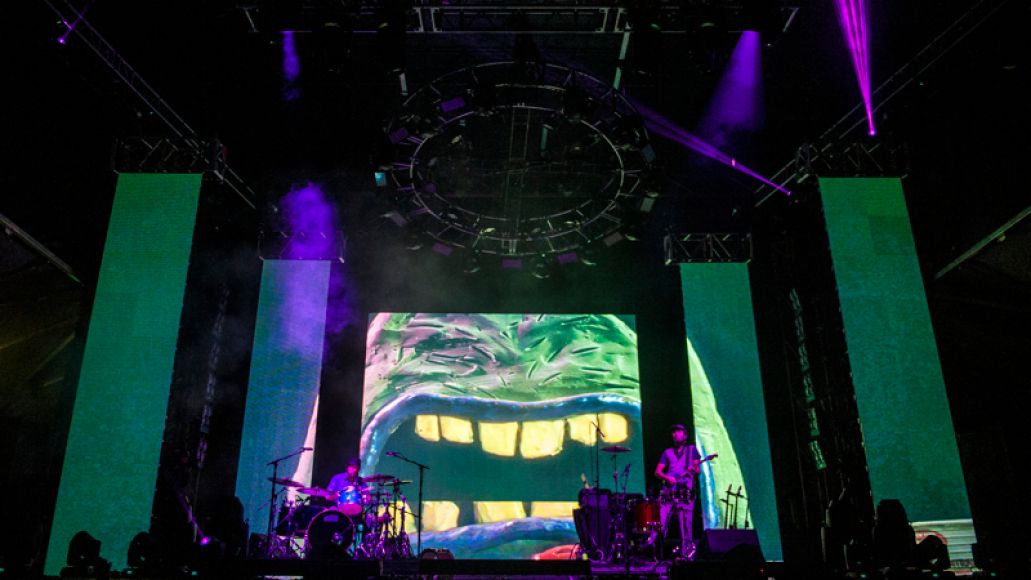 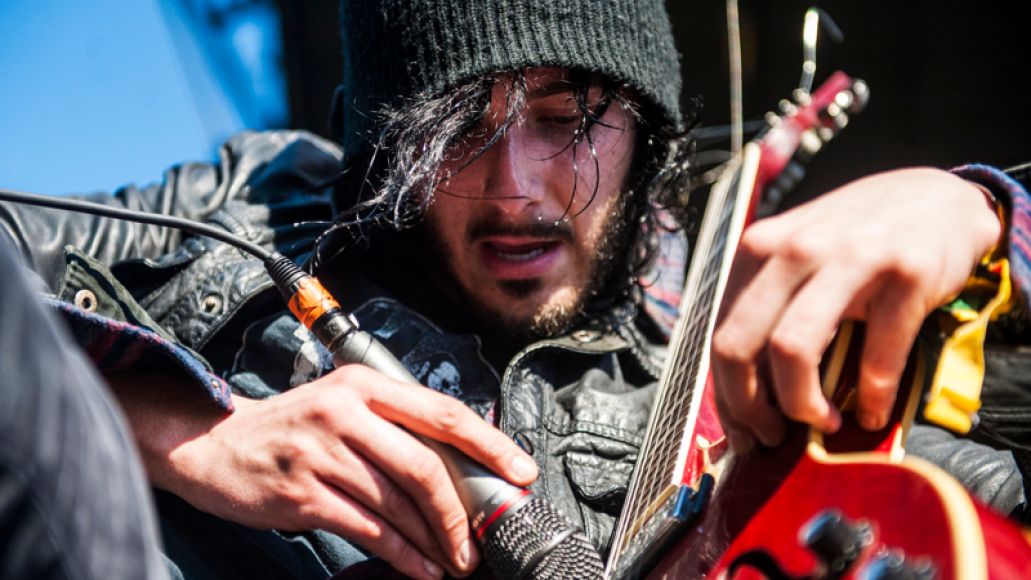 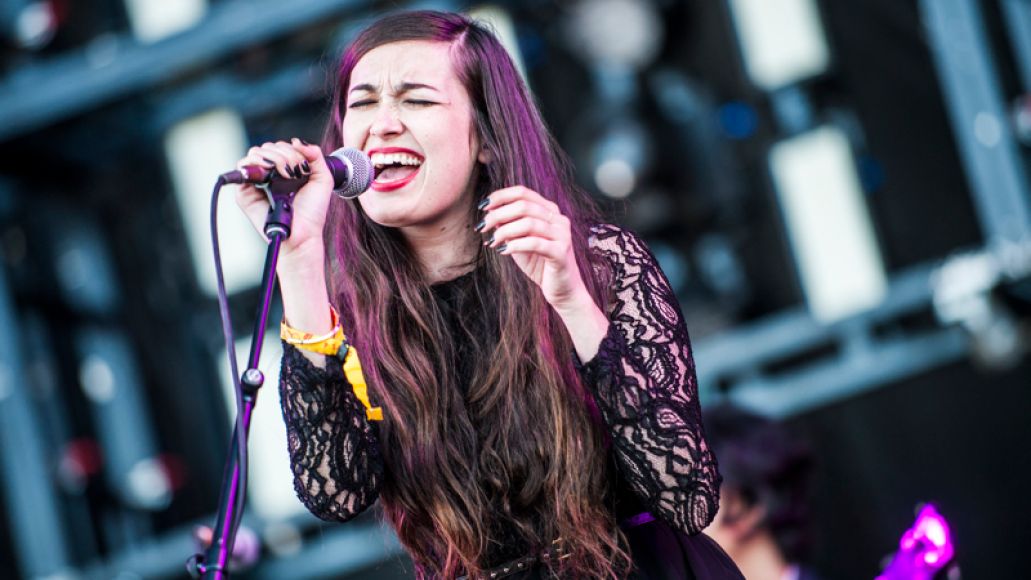 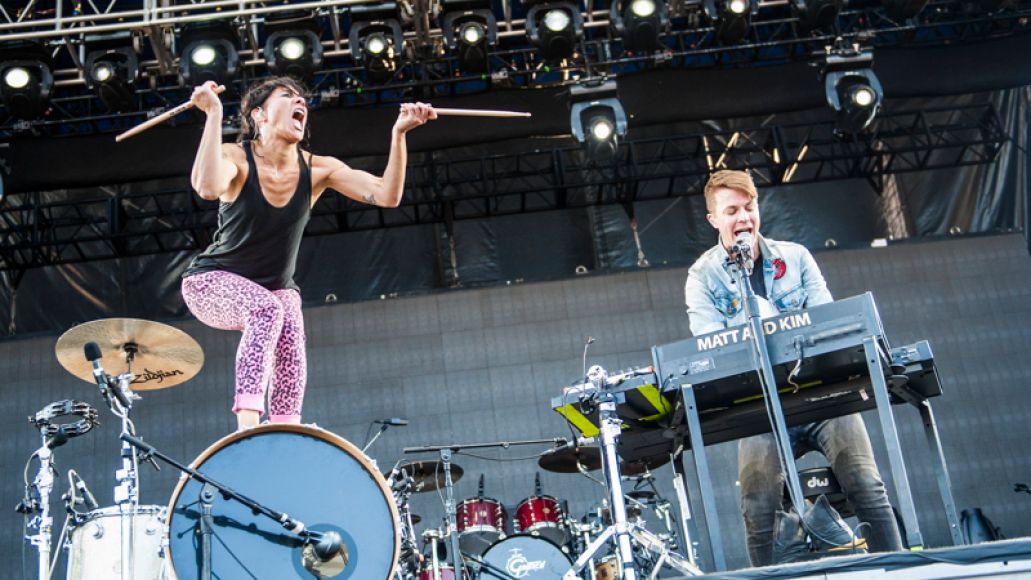 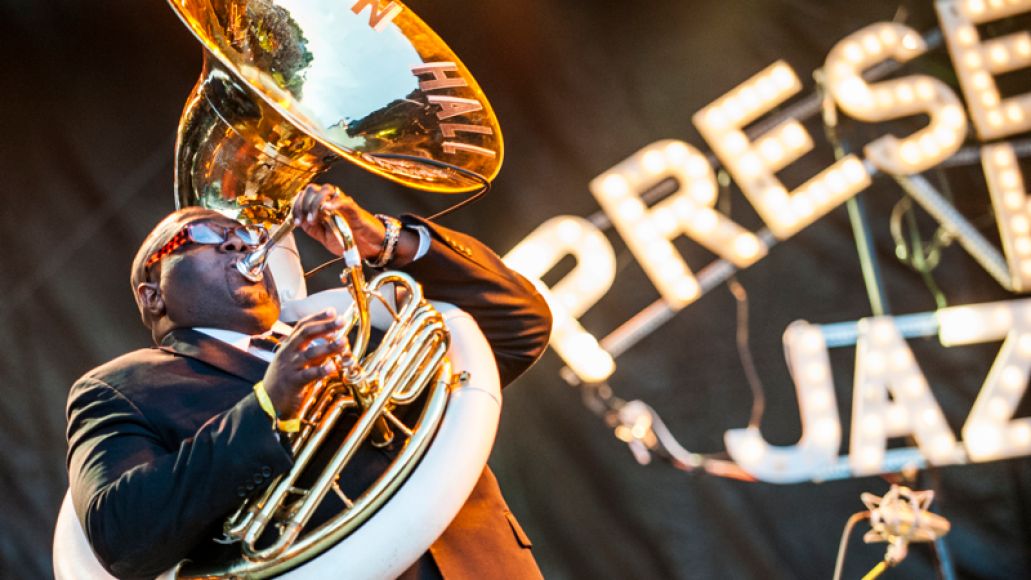 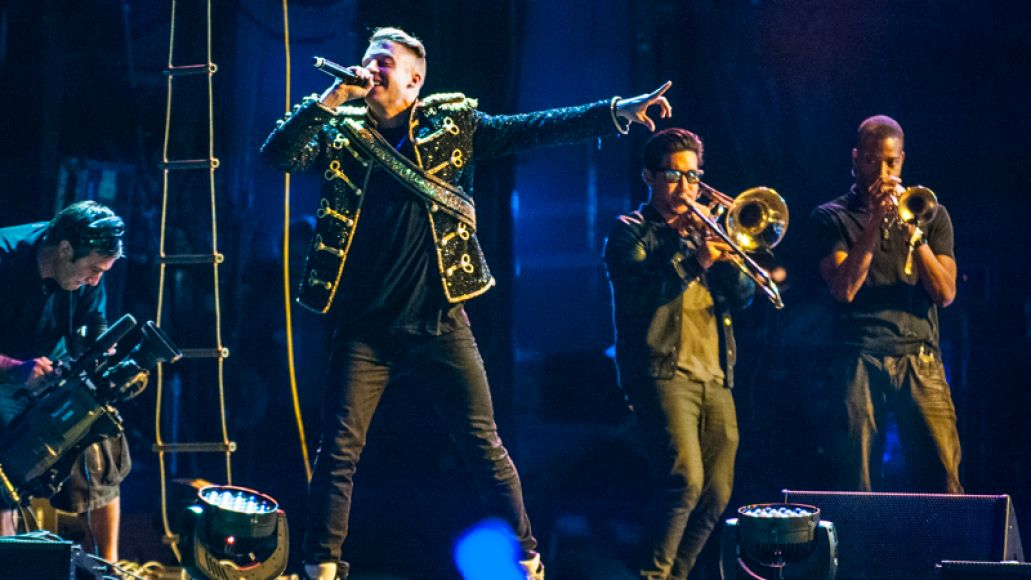 A long story, but it worked: After his first song, “Ten Thousand Hours”, Macklemore took a break to tell a lengthy (like five friggin’ minutes) tale. The gist was that he was walking around New Orleans, saw an inviting stream, decided to go skinny-dipping, and got his clothes stolen by some thugs. Then, while clutching his shriveled jewels, he encountered a “95-year-old lady” who beckoned him by saying (in his best crone voice), “Come closer child.” She then instructed him to hop on her back (???) and when he asked where they were going, she replied that, seeing as he had no clothes, they were going to “go to the Thrift Shop!” Womp-womp. But, hey, the story had some genuine New Orleans flavor and he did all the voices so well.

Plus, he had Trombone Shorty out there jammin’. The New Orleans horn player is galvanizing on his own, and thus did Macklemore a huge favor by adding some authentic sonic spice to a setlist that’s becoming all too familiar.

And way too short. Are you kidding me? You’re only going to play a 45-minute show that included almost 15 minutes of talking? Could’ve just played “Thrift Shop” again, and even that would’ve been better….