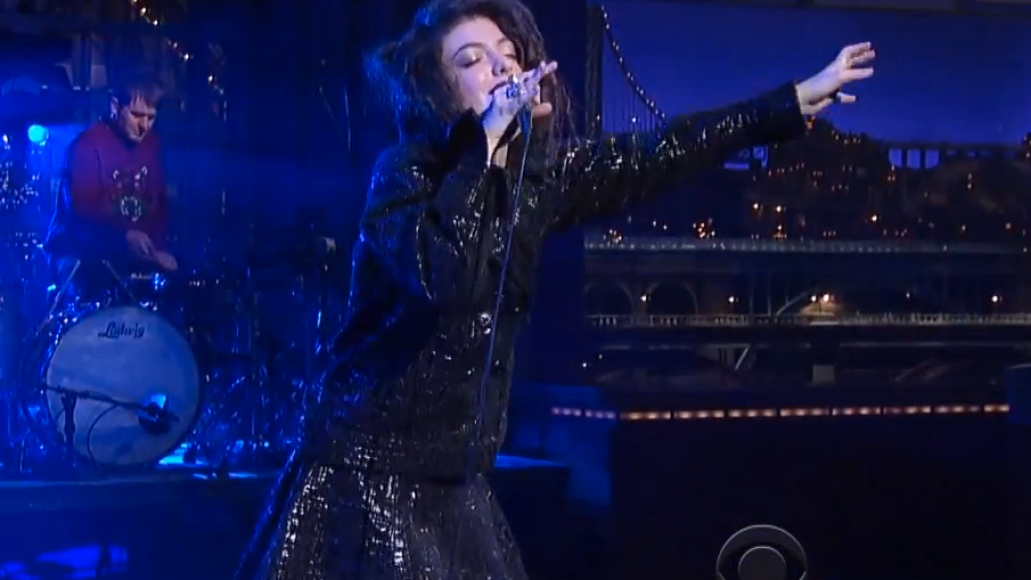 In just the last week alone, Lorde has hung out with David Bowie, been remixed by Wu-Tang’s Raekwon, and released a haunting cover of Tears for Fears’ “Everybody Wants to Rule the World”, her contribution to the next Hunger Games soundtrack. Oh yeah, she also turned 17 years young. Showing no signs of slowing down, the New Zealand pop star continued to push and promote her excellent debut album, Pure Heroine. Last night, she not only performed “Team” on Late Show with David Letterman, but also appeared on the latest edition of the Live on Letterman webcast series, where she dished out a full-length set.

Check out both replays below.

The Smile Perform "You Will Never Work In Television Again" on Fallon: Watch

Bruce Springsteen Performs "Turn Back the Hands of Time" on Fallon: Watch