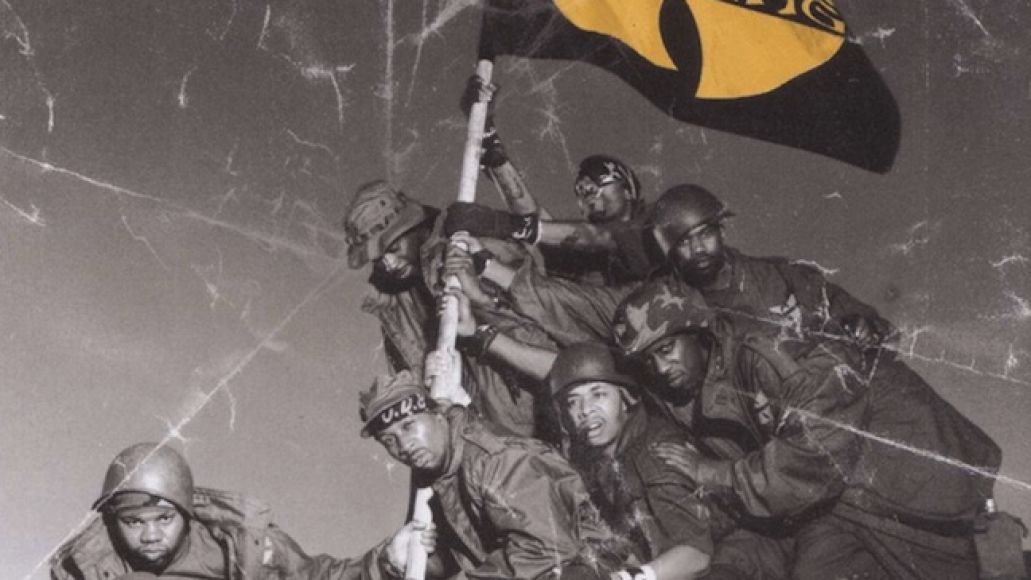 Earlier this year, Wu-Tang Clan revealed plans to commemorate their 20th anniversary as a group with a new album, A Better Tomorrow. So far, we’ve heard the lead single “Family Reunion”, and — just the lead single. Other albums details have been few and far between. Now, in an interview with Grantland, RZA has revealed the real reason behind the album’s delay: Raekwon.

As RZA explained, the Chef’s been all but absent from the recording sessions. “I feel like we have enough material on the album. I just need Raekwon to come onboard fully. I need some more energy from Ghost(face Killah) and GZA, too. If they give that energy, I will give us a great last album. If they don’t give us the energy, I gotta figure out a plan B.”

RZA continued by going more into the recording process and what members have actually been pulling their weight:

A lot of fans are probably hoping that everyone in the Wu falls in line behind you, the way it all happened in the beginning. But is that realistic at this point?

It’s like, wow, I kept trying to pull people together. I spent a lot of money and a lot of time this year. I put my movie career on hold for the first half of the year because I was focusing on making this. I went down to Memphis, I went down to Philadelphia, I came back to the East Coast to reopen the Wu Mansion [RZA’s old house in New Jersey, where a bulk of post–36 Chambers material was recorded]. I invested thousands of dollars to rebuild it so that we can have a place to record a new album. And when I scheduled that to happen, only a few good brothers showed up.

And one of the guys who showed up the most was Method Man. He showed the most tenacity, he was the most vocal, he showed up the most, and he got the most lyrics on the new album. He’s already recorded eight or nine songs. He’s been on it. You know, I give Cappadonna credit, he’s been really on it. U-God has been present. Masta Killa be representing. Inspectah Deck has been somewhat present. Ghost has been, you know, 20 percent present. And Raekwon hasn’t shown up at all. When you look at somebody like Masta Killa and U-God, they seem to have that original hunger to complete the legacy. I respect that everybody [is] busy with they own lives. I started with a plan that I thought would work. Now maybe my plan not working.

Do you ever say anything like, “Remember the first five years? When you guys stayed in the fold and we made multiple, multiple classics?”

I do try to throw that back and shit. But I’m dealing with masters. We all agree, me, you, and the rest of the world, that these guys are great by themselves any fucking way. But they are greater when we come together! I’m doing a lot of things. I’m making a good living for my family. I’m putting out at least a B-plus class artistic expression. Some A-minuses in there. A lot of good work, a little bit of great work. But when I was with the crew, I was doing great work. You become immortalized off of great work. I say, “Yo, Ghost, you been doing good work. Ten albums! But if you look at the history, your only platinum ones are the ones I produced.” Same thing to Raekwon, same thing to Method Man, same thing to GZA. Even myself. I got gold albums by myself but I got platinum with Wu-Tang. Whatever element that we bring together, that’s more powerful than the element of us being apart. We come together, we make platinum, G. That’s the true fucking reward for our top talent. And I say that to the guys. I don’t know who hears me.

Following the article’s publication, Raekwon took to Twitter in response, writing, “Yea i just read that rza article? Shit is funny to me. I love u rza, u know what it really is.” Presumably, he’s referring to comments he made to MTV back in February, in which he suggested there were issues with the business side of Wu-Tang. “I just want everything to be right, the business. When we made a lot of our great music, it was because we were in harmony. You cannot put guys together if there is no harmony, and on top of it, we’re doing business. As a man with children, I have to always look at that. It’s bigger than sometimes just the thought of it, the fact of it, it just gotta make sense.”

In the meantime, why not relive the group’s glory days with their seminal debut album, Enter the Wu-Tang (36 Chambers), which turned 20 over the weekend. We went and celebrated with a few friends.