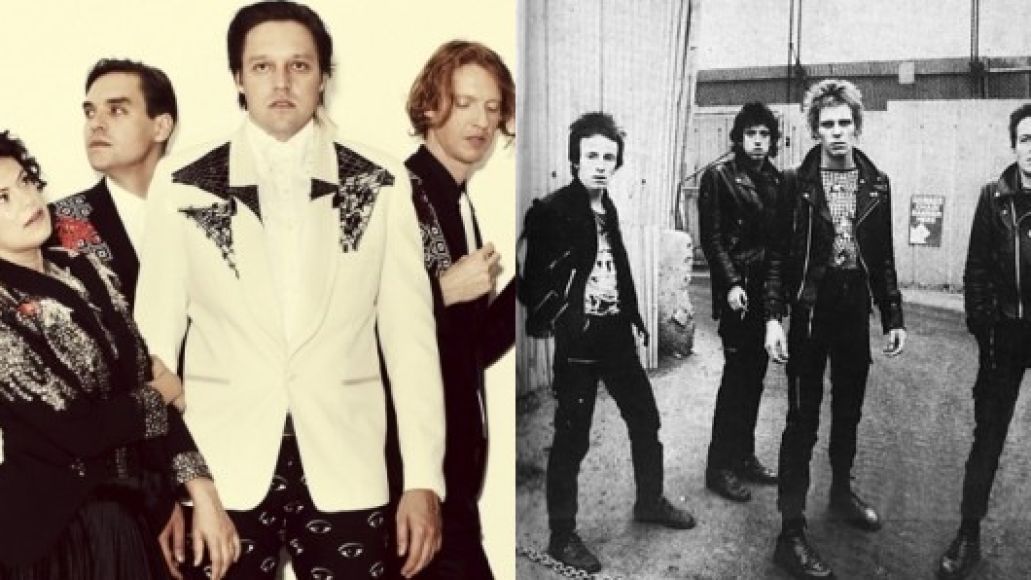 Despite the years apart and geographical inconsistencies, Arcade Fire appear to be following the same career trajectory as The Clash. Both rose from smaller, more obscure musical communities (Montreal and Notting Hill, respectively) to release a slew of well-received, critically acclaimed albums that are as socially progressive and thought-provoking as they were poignant and emotionally resonant. The metaphor seems especially apt now as Arcade Fire support Reflektor, a mix of dance music and traditional Haitian folk songs that’s not unlike the world music-referencing Sandinista!.

Arcade Fire have always recognized their commonality and connection, routinely citing the iconic punks as a major influence. So much so, in fact, that a roaring cover of “The Guns of Brixton” became something of a setlist staple in the mid-2000’s. During recent performances behind Reflektor, they kept the spirit of Strummer alive, debuting a take on The Clash’s fourth best song of all-time, “I’m So Bored with the USA”. Even with their signature papier Mâché big heads, the band deliver a spot-on rendition of the angst-ridden classic, spilling out waves of fuzzy nihilism and smashing guitar hooks like it was the “White Riot” tour circa 1978. Catch from their recent London show below.

Arcade Fire covers The Clash's "I'm So Bored With the U.S.A."