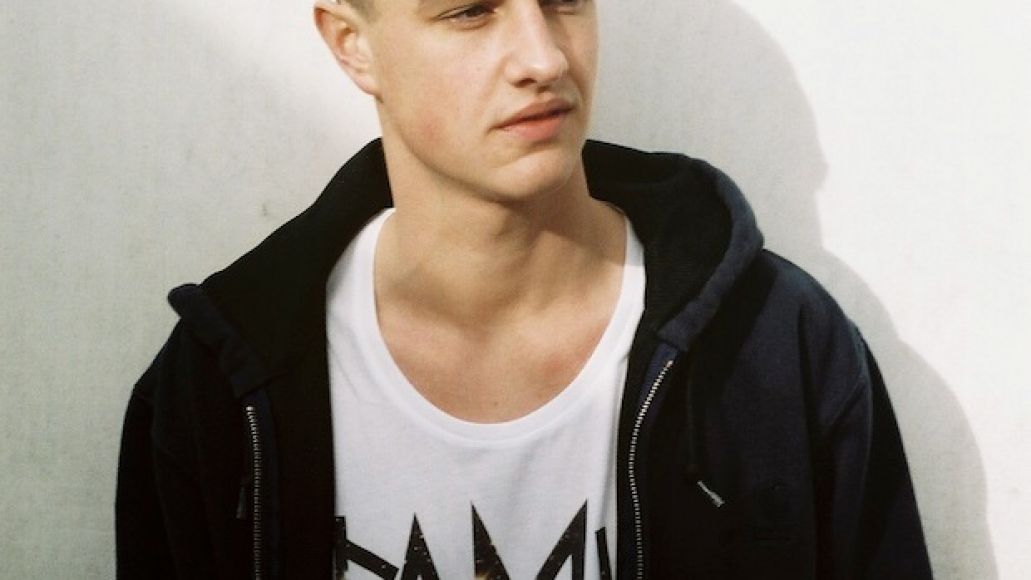 Kanye West has added to his stable of producers, signing Evian Christ to a publishing deal with G.O.O.D. Music. The upstart producer broke the news in a year-in-review retrospective he wrote for Dazed Digital.

Evian Christ contributed to the Yeezus track “I’m In It”. He spoke about his work with Kanye in the Dazed Digital piece:

“I was about to go to bed one night towards the start of the year when I got the email saying, ‘Hey Kanye wants you to come to Paris now. Can you get on the first flight in the morning?’ So that whole journey was the most, ‘I can’t believe this is happening’ moment. Being involved in Yeezus was my first experience of working with super high-level engineers and in-house producers. It was amazing to see the process of upscaling the track I’d initially made to get it ready for a major label record. I want to learn how to do that for myself. It’s actually taken me all year to adjust to the fact that making music full-time is what I do now. Uprooting yourself and launching into something completely different isn’t comfortable. I’ve enjoyed it, but it’s been weird. It’s also taken me this long to deal with always having an audience. I love it, but that thought looms constantly.

Evian Christ is currently at work on his debut EP, Waterfall, due to arrive next year via Tri Angle Records. He also hopes to release a full-length album and further collaborate in 2014.

“While I was working on Yeezus I was making so much music. I’ve probably got a hundred beats from this year and I’ve been giving them out to people. Next year I want to to put my album out, but also get in the studio with rappers and singers as much as possible. I’ve just signed my publishing to Kanye’s GOOD Music, and I’m moving to New York soon. Robin who runs my label is based there. It’s a fucking expensive place to live, but it might be worth it. When I was teaching I had a super normal lifestyle, going out on weekends with mates who were also working 9-to-5s, whereas now I’m working on New York time and away DJing a lot, which can be pretty isolating. I always had this beautiful idea that I could live here forever and rely on the power of the internet, but you have to get things done in real life too.”