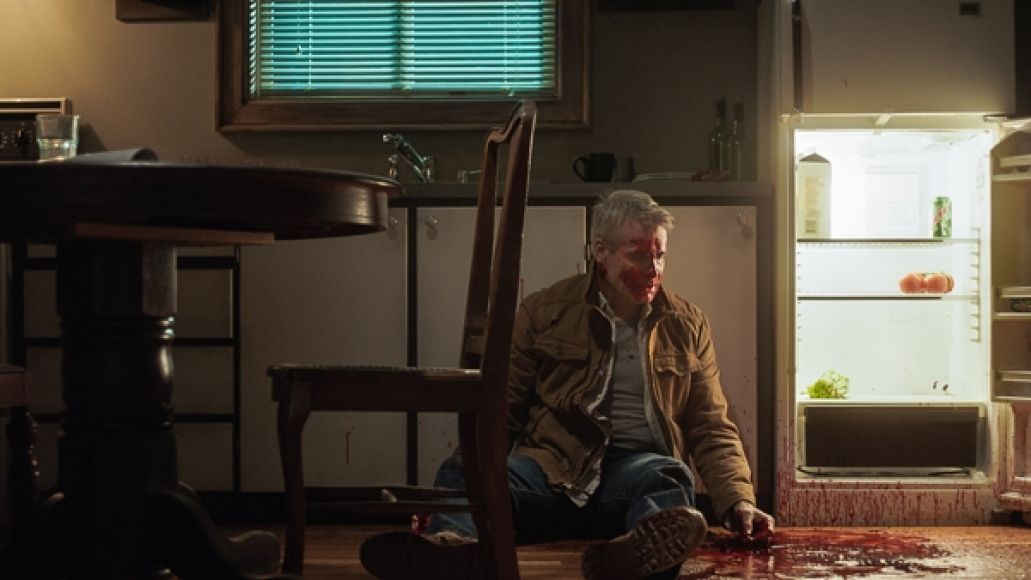 In addition to fronting Black Flag and his own eponymous hard-rock band, heading the 2.13.61 publishing house, and maintaining a stellar record collection, Henry Rollins has had quite the little run as an actor over his 34-year career. His resume includes roles as serial child abductor Ray Beckett on Hawaii Five-O, white separatist AJ Weston on Sons of Anarchy, Spider from Jonny Mnemonic, and a hapless cop in The Chase. Now, Rollins has landed his first-ever leading role in the upcoming indie crime thriller He Never Died, and guess what he plays? A cannibal.

“This is why the script has so much appeal to me,” Rollins explained in an interview with Rolling Stone. “He’s just bored of everything. He has to subsist on bags of blood bought from interns that smuggle it out of a local hospital while they’re in med school.” Despite the gruesome nature of the role, Rollins jumped at the chance to play a non-sidekick or second-tier character, adding, “I’m usually rarely around at the end of a film to be at the wrap party. I rarely survive. I’m usually killed off or eaten by something, or arrested.”

Rollins said he has never taken an acting class and instead cites his plentiful life experience (which includes a stint as a Häagen-Dazs assistant manager) for informing his skills as a thespian. “I just do all this stuff by knowing what I know from being on stage all my life and having material in my head that I bark out onstage for any particular tour,” he explained. “Doing all that kind of memorization stuff which I usually do for tours helps with all of this.”

He Never Died recently wrapped in Toronto, and is expected to be released in time for the summer/fall 2014 festival circuit. In the meantime, relive some highlights from Rollins’ filmography below.

The Linda Lindas Wish You a "Groovy Xmas" on Kimmel: Watch

Goose Get in a Groove with "Dripfield" on Fallon: Watch