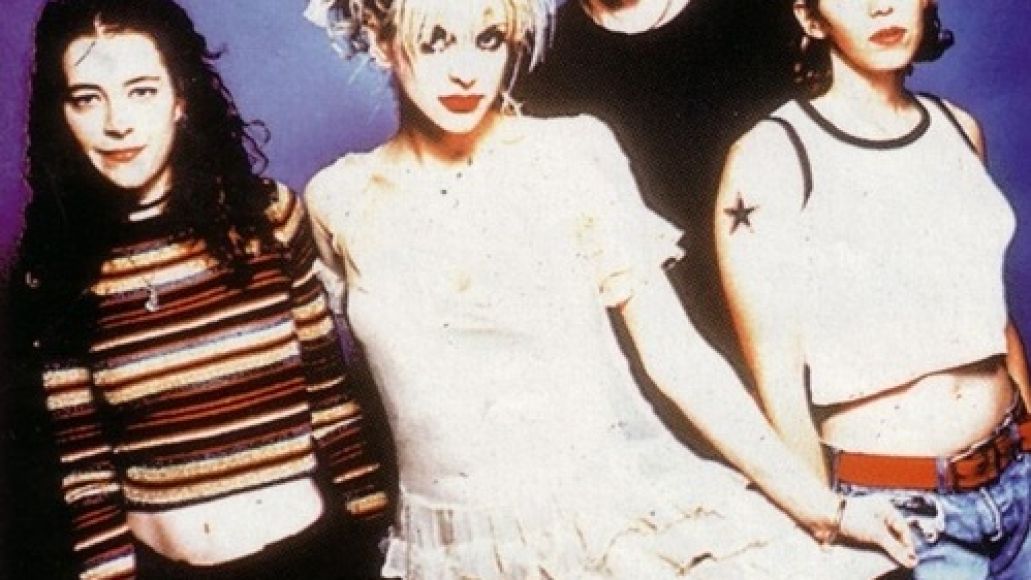 In 2013, Courtney Love put Hole on the shelf and announced plans for a solo project under her own name. So far, she’s toured sporadically, but we’re still waiting for that full-length album and autobiography. By the looks of it, however, Love may have already turned her attention elsewhere — back to Hole.

Over the weekend, Love shared a photo of her and former Hole guitarist Eric Erlandson. The accompanying caption read, “And this just happened. 2014 going to be a very interesting year,” and also included handles for fellow Hole member Melissa Auf der Maur and manager Peter Mensch.

Though the mid-90s lineup of Hole briefly reunited in 2012 to celebrate the release of drummer Patty Schemel’s documentary, Hit So Hard, news of Love and Erlandson’s possible reconciliation is surprising. The two have feuded for years and it was only a few months ago that Love accused Erlandson of stealing guitars previously owned by Kurt Cobain.

Below, watch footage of Hole’s reunion back in April 2012:

Is Courtney Love planning a Hole reunion in 2014?