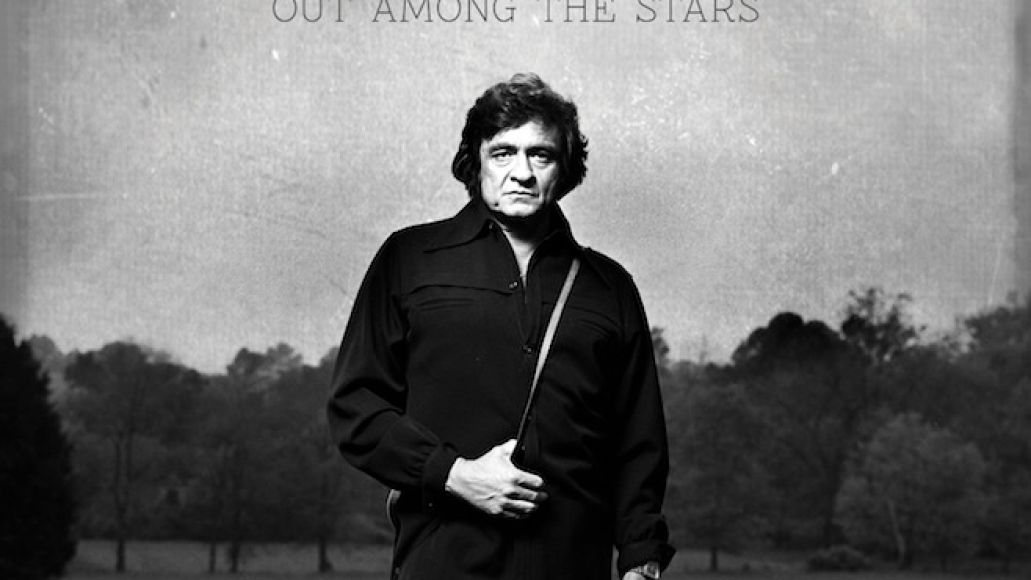 By the early 1980s, Johnny Cash had reached a career precipice: after years of success in country music, the Man in Black was struggling with personal issues and an uncertain creative direction. To help jump start his career, Columbia Records sent Cash to work with Nashville icon Billy Sherrill, a producer noted for the pop-influenced “countrypolitan” sound. While the resulting album, entitled Out Among the Stars, was shelved when Cash and Columbia parted ways in 1985, it’s since been unearthed from the archives and will be released on March 25th through Columbia/Legacy.

Material from the 12-track album was recorded at Nashville’s Columbia Studios in 1981 and Los Angeles’ 1111 Sound Studios in 1984. Along with Cash-penned tracks like “Call Your Mother” and “I Came To Believe”, the record features duets with his wife June Carter Cash and friend/collaborator Waylon Jennings.

In an interview with Billboard, Cash’s son John Carter Cash said he found the tapes early last year in a stash of belongings from his parents’ home. “They never threw anything away,” he said. “They kept everything in their lives. They had an archive that had everything in it from the original audio tapes from The Johnny Cash Show to random things like a camel saddle, a gift from the prince of Saudi Arabia.”

Despite Cash’s dire personal situation going into the album’s recording, John Carter Cash said the album portrays his father on a creative upswing:

“We were so excited when we discovered this. We were like, my goodness this is a beautiful record that nobody has ever heard. Johnny Cash is in the very prime of his voice for his lifetime. He’s pitch perfect. It’s seldom where there’s more than one vocal take. They’re a live take and they’re perfect. Nashville at the time was in a completely different place. It was the ‘Urban Cowboy’ phase. It was pop country, and dad was not that. I think him working with Billy was sort of an effort by the record company to put him more in the circle of Music Row and see what could happen at the heart of that machine.”

Check out the full tracklist below. For a taste of early ’80 Johnny Cash, replay his 1982 performance of “Get Rhythm”.

Johnny Cash's "lost" album Out Among the Stars to be released