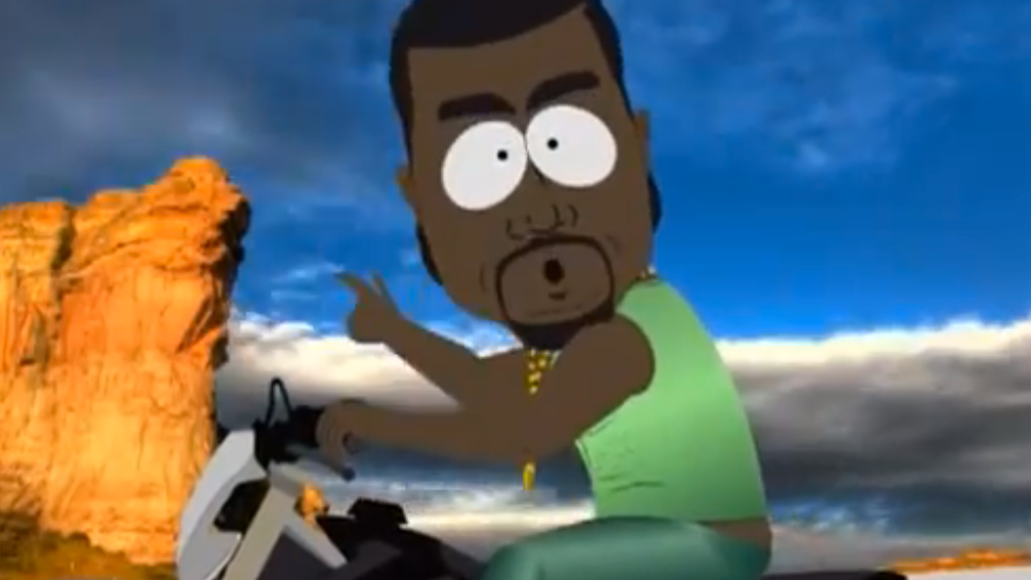 Already this season, South Park has lampooned Sinead O’Connor, Miley Cyrus, and Van Halen. For the season finale, creators Trey Parker and Matt Stone brought back one of show’s most infamous celebrity parodies: Kanye West. After diving off into the ocean in the now-infamous “Fishsticks” episode from Season 13, Kanye returned last night as a “recovering gay fish” on a mission to persuade the town that his beloved Kim Kardashian is in no way a Hobbit.

Parker and Stone did not hold back, spoofing Kanye’s “Bound 2” video alongside a scene of him interrupting an awards show christening Pope Francis as TIME’s Person of the Year (which was just announced today, mind you). The final scene saw Kanye read a story to the character Wendy, who was intent on exposing Kardashian as a product of photoshop. “Then the jelly monster came and tried to take the magic power away from the little Hobbit, so the Hobbit prayed to God,” Kanye’s story read. “And God said, ‘Don’t worry little Hobbit, I will find this jelly monster and I will read her a story and melt her icy heart. And the Hobbit and God lived hapiily ever after in the shower.”

When South Park previously spoofed Kanye, he first responded with an epic posting on his website, followed by the line “choke a South Park writer with a fishstick” on his 2010 album My Beautiful Dark Twisted Fantasy. Watch highlights of Wednesday’s episode below, or the full episode here, and stay tuned for the inevitable Kanye rant.