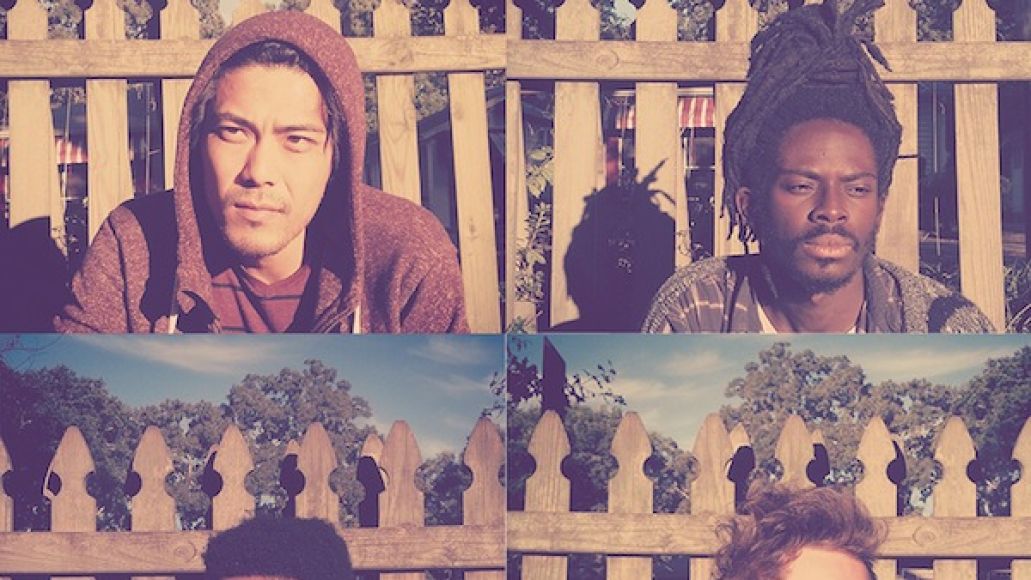 Earlier this year, singer-songwriter and former Washed Out keyboardist Phil Jones went solo as Dog Bite, releasing an album entitled Velvet Changes. Since then, he’s expanded the project into a full-fledged band, bringing in members of Balkans and Mood Rings. Together they set about exploring the depths of moody shoegaze, leading to a new album, Tranquilizers, due out January 21st via Carpark.

Already we’ve heard their first transmission from the murky underworld with “Dream Feast”. But even that depressive musical landscape has its sunnier side, as the band demonstrates with the LP’s latest single, “Royals”. On the surface, it appears to be another slow-moving bit of extra-distorted shoegaze, as Jones’ vocals get buried under mounds of shimmery guitars, a gentle cascade of mechanical drums, and random studio fuzz. There’s something surprisingly warm and sensual to the whole affair, though, as lush harmonies and chunks of studio fuzz remind us there’s a sentimental heart beating just beneath the noise. Listen in below.

Listen: Dog Bite explore the sultrier side of shoegaze with "Royals"