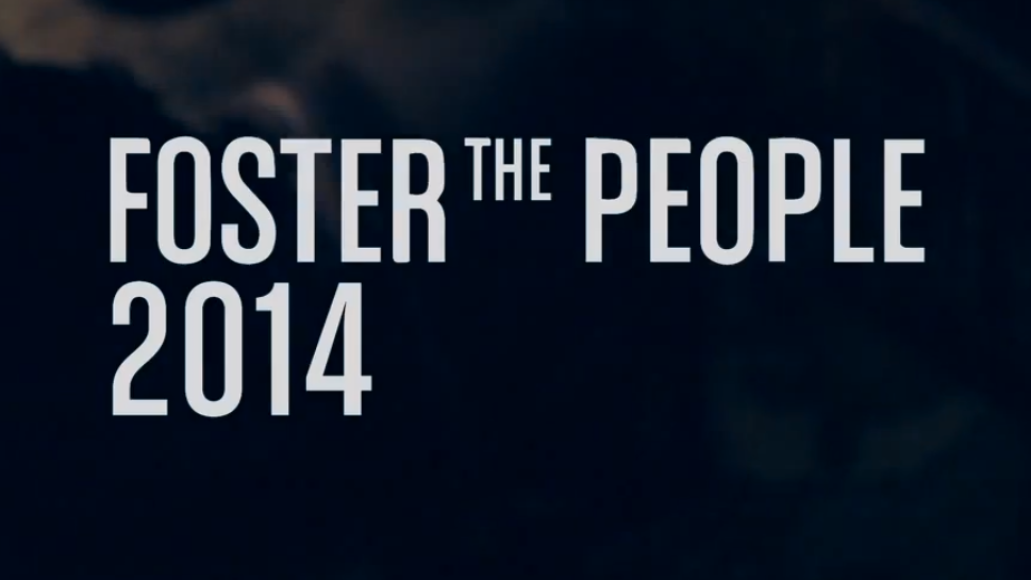 As we count down the final hours of 2013, there’s word of at least one-big name act ready to rock 2014. Foster the People have shared a teaser video for the long-awaited follow-up to their 2011 smash debut, Torches, due out sometime next year.

Speaking to Rolling Stone earlier this year, frontman Mark Foster described the album as “polarizing,” noting that with this record “I went into it wanting to do something more organic and human, because the first record was so electronic and synthetic.” If by “polarizing” he meant “alt-rock made for the radio,” then sure. Because based on the snippet of audio included in the teaser, it certainly sounds like Foster the People are catering to fans of Passion Pit, Grouplove, and fun.

Foster also told Rolling Stone that he was inspired by recent trips to the Middle East and Africa. “I took from my travels… and put that perspective into the record, so it’s got an interesting mix of things. I’m excited to play it live. It’s a record that’s going to come to life more onstage.”

Preview a song from Foster the People's new album, due out in 2014