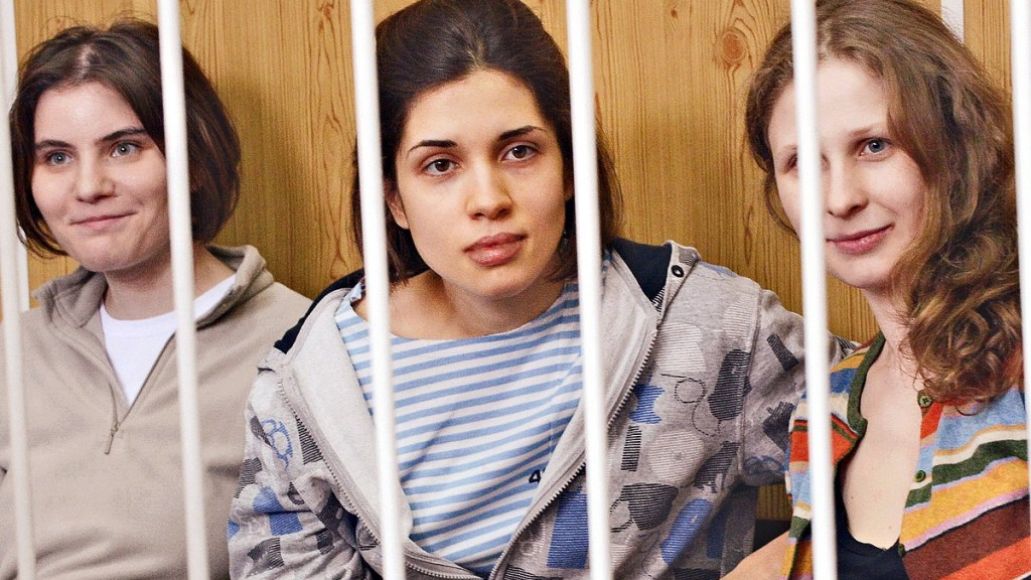 Pussy Riot members Maria Alyokhina and Nadezhda Tolokonnikova will be freed from prison three months early thanks to the adoption of a new amnesty law by Russian legislators.

According to The Associated Press, the new law provides that prisoners “who haven’t committed violent crimes, first-time offenders, minors and women with small children” are granted amnesty from their imprisonment. Russian President Vladimir Putin confirmed that Alyokhina and Tolokonnikova are eligible for amnesty during a news conference on Thursday, according to Reuters.

However, Putin maintained that the amnesty was not written with Pussy Riot in mind. “I was not sorry that they [the Pussy Riot members] ended up behind bars,” Putin said. “I was sorry that they were engaged in such disgraceful behaviour, which in my view was degrading to the dignity of women.”

Update: As USA Today points out, the bill gives authorities a six-month period to carry out the amnesty, meaning it could take several weeks before the Pussy Riot members are actually released.

The release of Alyokhina and Tolokonnikova brings to a close a nearly two year saga that has drawn major international attention and an outpouring of celebrity support. Yekaterina Samutsevich, Alyokhina and Tolokonnikova were arrested a few days after they and their fellow Pussy Riot members performed the punk protest song “Punk Prayer: Mother of God Drive Putin Away” from within Moscow’s Christ the Saviour Cathedral on February 21st, 2012. In August, the trio was found guilty of “hooliganism motivated by religious hatred or hostility” and sentenced to two years in prison.

Despite the Russian Prime Minister voicing his support for their freedom, only Samutsevich successfully appealed her sentence. Alyokhina went on a hunger strike in May which led her hospitalization. Days after writing an open letter documenting the human rights violations she endured in prison, Tolokonnikova disappeared for 21 days as part of a routine prison transfer. (Family is typically informed of a prisoner’s whereabouts 10 days after a transfer.) She turned up in a Siberian prison hospital in mid-November.

Almost ironically, the amnesty bill that has granted the women their freedom includes a last minute amendment pardoning “suspects of hooliganism who are still awaiting trial,” such as the group of Greenpeace protestors known as the Arctic 30. Had this bill come into play a year ago, Pussy Riot may never have seen prison. Critics reason that the bill, which received President Putin’s support and a 446-0 passing vote in The State Duma, is an attempt by the Kremlin to pretty-up Russia’s human rights record ahead of February’s Winter Olympics in Sochi.