An update to one of biggest stories of the year: Spotify has launched Spotify Artists, a website aimed at clarifying the streaming company’s royalty payment model. In the simplest terms, that image below shows the math Spotify uses when looking at how much money gets to an artists at the end of a stream. It should be noted that an artists’ royalty rate is set out in contracts with labels, publishers, and the like – not through Spotify. 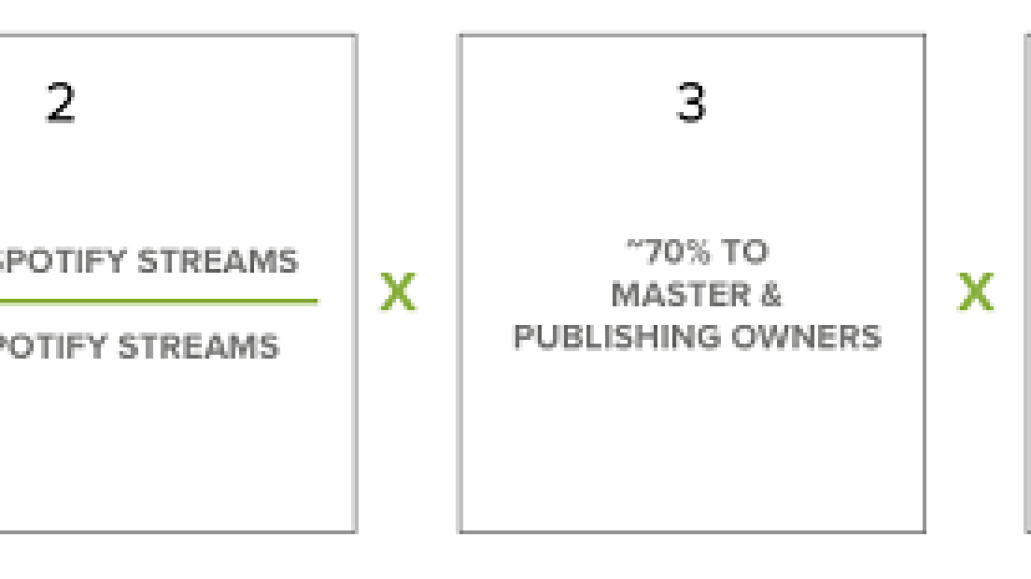 In addition to providing analytic tools, guides, and “best practices” advice to artists and publishers, the Spotify Artists site lays out the numbers involved. The company claims to have paid out $500 million to rights holders in 2013 alone, which boils all the way down to between $0.006 and $0.0084 per single song stream. How much of that money gets to an artist depends on a variety of factors such as what country the streams come from, percentage of Spotify users who pay for services, and specific artists’ royalty rates.

Spotify notes that they “personally view ‘per stream’ metrics as a highly flawed indication of our value to artists.” They argue that as their paid user population grows, the pirating population decreases, and the amount of revenue Spotify earns for musicians increases.

However, they don’t shy away from giving (vaguely) specific numbers. They list the royalty payments  for various albums during July 2013, replacing the artist name with a genre stamp. A “niche indie album” earned $3,300, while a “breakthrough indie album” netted $76,000. A “Spotify Top 10” record earned $145,000, and a “global hit album” made $425,000. They also give the net royalties paid for the combined work of one “global star” between August 2012 and July 2013 as $3,084,000, noting that this particular star is not the most listened to artists on Spotify. 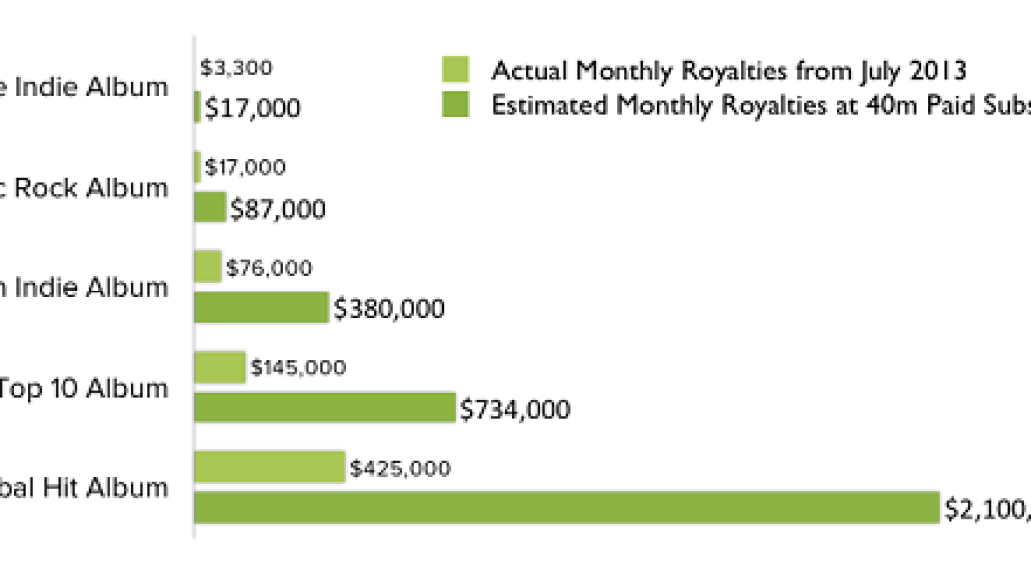 If I can play devil’s advocate a bit, all of this data is very clearly listed as paid to “rights holders,” not artists, which is really what protesters like Thom Yorke and Nigel Godrich seem to be focused on. That being said, if Spotify’s formula is accurate, it does appear that the payout problem stems from artists’ royalty agreements, something that may need to be changed in the streaming era, but that ultimately Spotify has little control over.

Still, other numbers on the new website seem a bit misleading. The company claims that they’ve increased the average US music consumer’s financial contribution to the music industry from $25 a year to about $41 a year (this includes free and paid Spotify subscribers). It could be noteworthy that that $41 is spread far thinner than that $25, meaning that while more artists might be benefiting, they’re likely seeing less per dollar.

Also, if Spotify’s per-stream revenue generation data is accurate, a rights holder should make between $6,000 and $8,400 on 1 million streams. In June, David Lowery revealed his financial earnings from streaming services. He owns 40%  of the Cracker song “Low”, which had 116,200 streams on Spotify, netting him $12.06. If my math is correct, that means 100% of the song earned $30.13, and 1 million streams would have garnered about $260. I admit I might be missing something, but the numbers don’t seem to add up.

Either way, the debate over streaming services just got a lot more interesting. Check out the Spotify Artists website for more information.