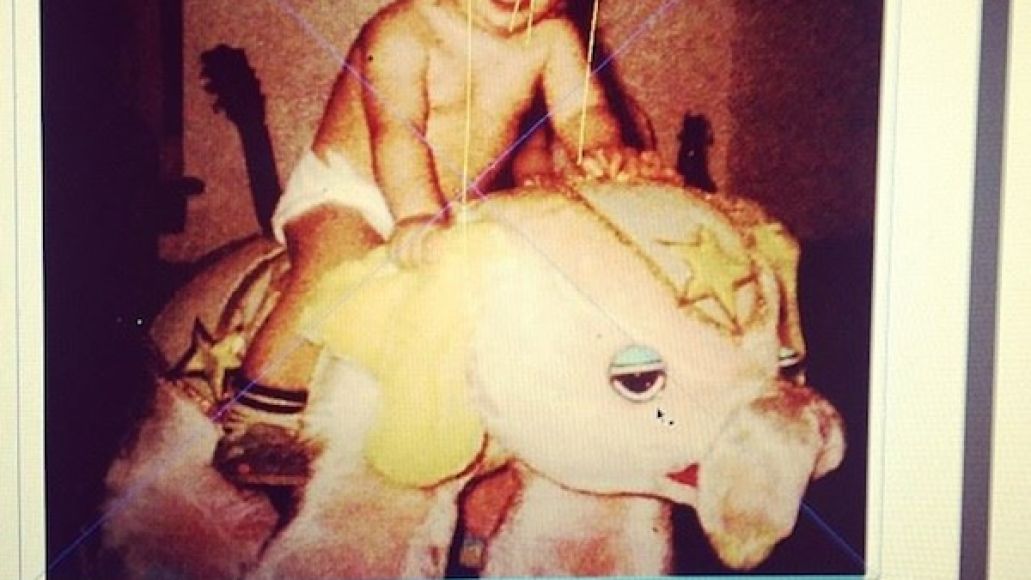 Last month for Record Store Black Friday, 20 7-inch vinyl pressings of 2nd Cassette Demo were sold at the band’s own Dwelling Spaces / The Womb in Oklahoma City. Further copies were distributed at select record stores across the country as part of Wayne Coyne’s recent “Record Store Tour”. Now, the four tracks featured on 2nd Cassette Demo have been made available online thanks to The Future Heart.

The demo has been remastered by Lips drummer Kliph Scurlock with new artwork by Coyne’s nephew, Dennis. These four tracks have never before seen release in any form, but now you can stream the whole thing below. The punk sound is certainly unlike what most of us know the Lips as, whether that be “She Don’t Use Jelly” or the year end ranking The Terror.

During his Record Store Tour, Coyne was also hocking 100 reissued copies of The Flaming Lips 1st EP on 12″ “cerebrospinal fluid” colored vinyl house with a white chocolate life-sized skull and edible brain. Inside the brain was a special gold coin granting the possessor access to any upcoming Flaming Lips headlining show. (1,000 red and 1,000 green copies of the same 12″ are currently available in select stores, minus the skull and golden coin.) If you happen to own one of these coins, you may want to check out the tour dates below. There are only three non-festival dates currently on schedule, but expect more soon.