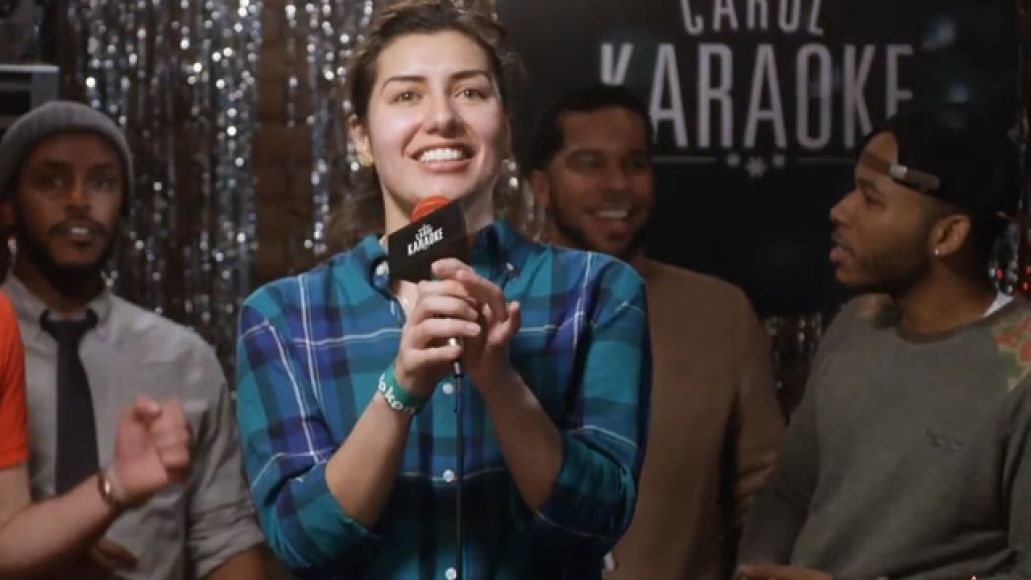 THIS IS A SPONSORED ARTICLE

Would you sing in front of thousands of strangers? Okay, well what about coworkers, friends, or family? Since it’s the Holiday season, there’s a very high probability that one of the parties you’ll attend this year will boast a karaoke set-up. Be it a professional jockey or just a mic and laptop hooked up to the television, karaoke happens. It happens, and it’s glorious. We here at Consequence of Sound have taken on the task of creating the ultimate, top 10 greatest holiday carols to belt out the next time you’re up at the mic.

There’s always gonna be that one lady who gets a little vamped up with this one. Aw, let her have some fun. It’s the holidays!

Judy Garland – “Have Yourself A Merry Little Christmas”

If you make the audience cry with this one no coal in your stocking this year.

Nothing expresses the angst that many of us feel during the holidays better than this puppy-eyed number. Another one that’s good for crowd sing-alongs…just be sure to sequence a barn buster right after if you don’t want to bring down the room’s mood.

This song is actually kind of a weird one, structurally speaking. And even sonically, the synthesizer stabs aren’t what you’d expect from a Christmas song, but when you couple it with a children’s choir and some jingle bells, you’ve got a stone cold classic.

This Phil Spector-produced classic is an undeniable powerhouse that bowls you over with that legendary Wall of Sound production. Darlene still performs this one every year on Letterman. Do her proud with your own rendition of the song that made her a legend.

This one’s far more popular across the pond, but there’s something special about this melancholy number that is perfect for those who maybe aren’t filled to the brim with holiday cheer. A great sing-a-long for those who aren’t the best singers of the bunch.

You know the part where it goes, “Good. Old. Fash-ioned Waaaaay.” That’s why we’re here. That’s why we do this.

Mariah Carey – “All I Want for Christmas Is You”

Was there ever any doubt that this would top the list? Featuring an undeniable melody along with Maria’s staple vocal gymnastics, it’s classic, with a little room for improvisation. Who would have thought that a song written in the ’90s would be able to stand up to the most cherished Christmas classics of the ’50s? Epic.

Inspired by Heineken’s latest experiment that invited unsuspecting revelers to sing a carol karaoke song to a crowd of strangers. Those who decided to puck up the courage were broadcasted in well-known places, including the Jumbotron at an NBA game, and on every TV in a NYC taxi for a week.

Did we miss any of your favorites? Share your own holiday faves on Twitter with #CarolKaraoke or leave them in the comments below!

The 10 Best Christmas Carols For Karaoke