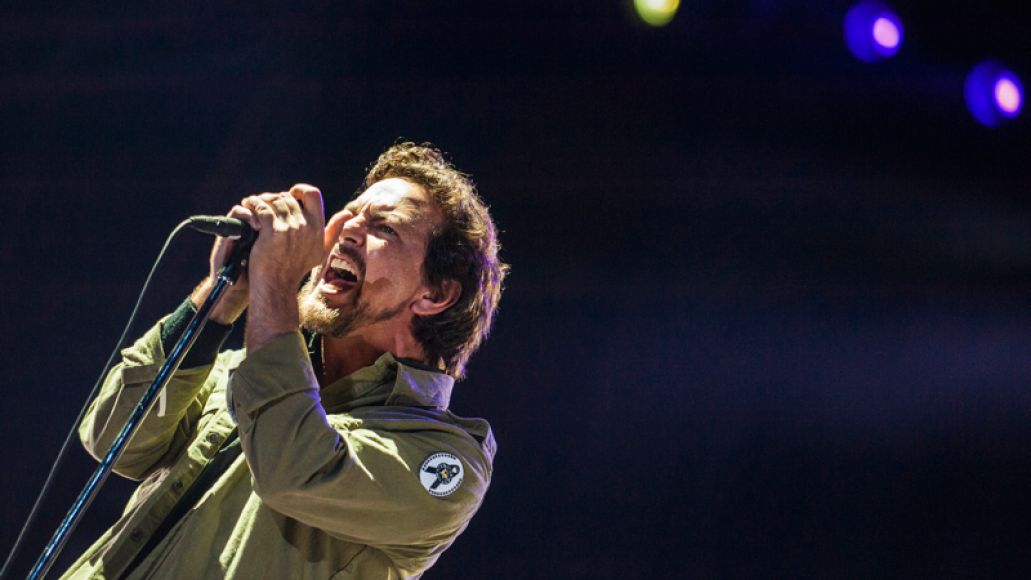 Believe it or not, but the last time Pearl Jam rocked Seattle was back in September 2009. 1537 days later, they finally returned home, wrapping up their Lightning Bolt tour with a performance at Seattle’s Key Arena on Friday night. The band treated the hometown crowd to a massive 37-song set, which included the first performance of “Let Me Sleep” in 20 years, as well as covers of Pink Floyd, Van Halen, and The Velvet Underground. They also brought out Mudhoney’s Mark Arm and Steve Turner and Soundgarden’s Kim Thayil as guests for their cover of MC5’s “Kick Out the Jams”.

Here’s the full setlist (via Setlist.fm).