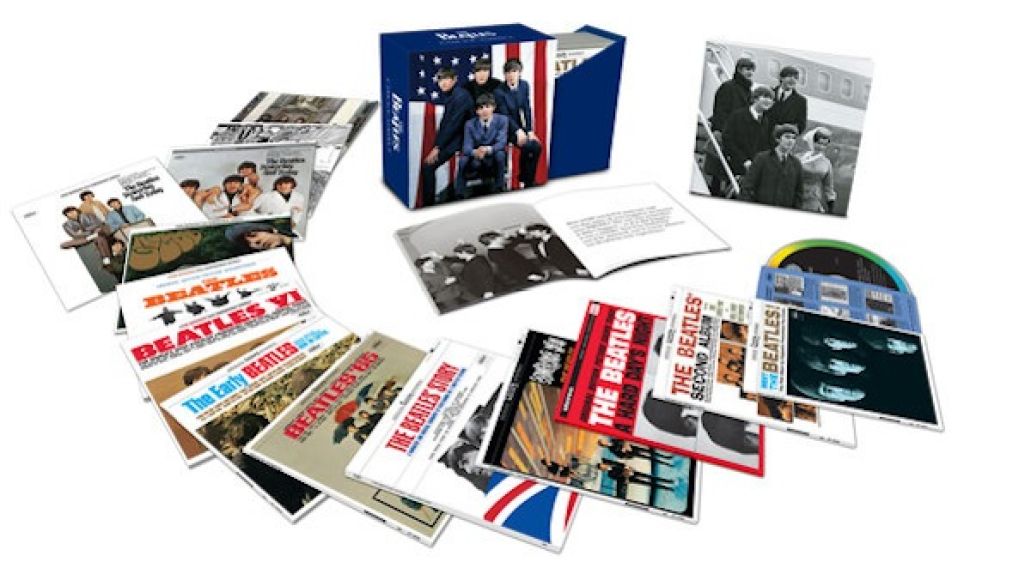 Just in time for the anniversary of The Beatles’ first trip to the United States, Capitol Records has announced a brand new CD box set. Due January 21st, The U.S. Albums collects all 13 albums the Fab Four released in the States, from 1964’s Meet the Beatles! to 1970’s singles compilation Hey Jude.

The Beatles’ records that saw release in the States were often markedly different from their UK versions, including varied track orders, mixes, art, and even song titles. Here they are presented in those original U.S. forms, including the original album art work; 1966’s Yesterday… and Today comes with the infamous “butcher cover” with the Beatles surrounded by raw meat and doll parts, plus a unique sticker of the more P.C. (read: bland) replacement art. The inner sleeves have also been meticulously replicated. Finally, the box will contain a 64-page booklet featuring photos and an essay by writer/TV producer Bill Flanagan.

The U.S. Albums comes as the music world celebrates the 50th anniversary of The Beatles’ first trip across the pond on February 7th 1964. The Recording Academy of America is giving the band a Lifetime Achievement Award at The Grammys in January, followed by a two hour special called The Night That Changed America: A Grammy Salute to the Beatles airing on February 9th (exactly 50 years on from their legendary appearance on The Ed Sullivan Show).

Below, watch an unboxing of the box set, followed by a complete list of the included albums.

The Beatles' U.S. albums to be reissued in new box set