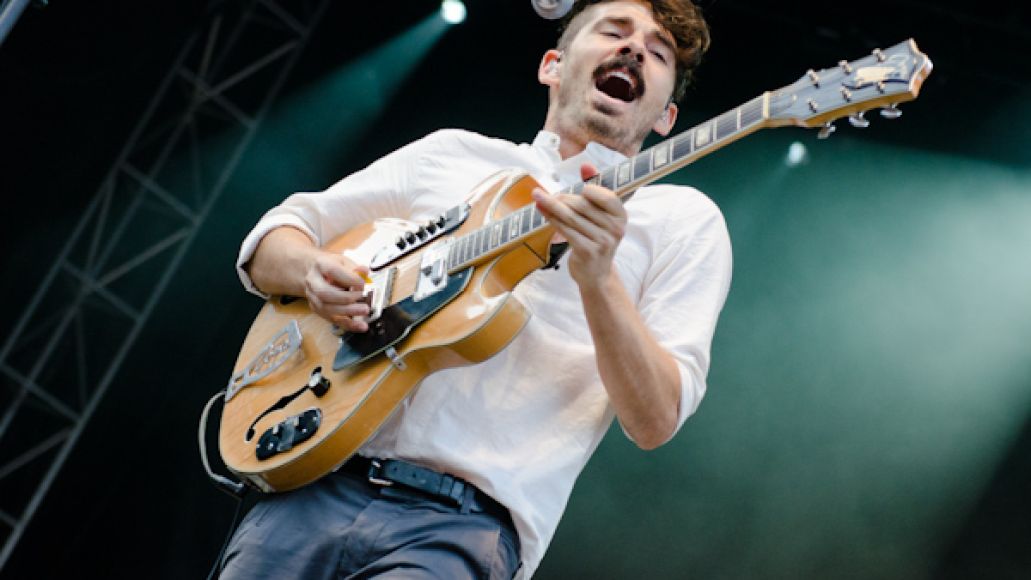 Last year, we counted down the most restless bands in music, those wayfaring warriors who forsake their own health, happiness, and personal relationships all in the name of our shared entertainment. As thorough as we may have been, though, we take our news caps off to the folks at Songkick, who took the cataloging to the next level by crunching the numbers and coming up with a logistical breakdown of the hardest working bands of 2013. If we weren’t so impressed, we’d give those dweebs a swirlie.

According to the website, they used the criteria of “how many shows a band has played, and the exact distance between each venue on their tour” to compile the list. Overall, Songkick found a 15% increase in the distance most bands traveled. “As artist incomes rely more and more on the live music industry,” they wrote, “it’s clear that bands are increasingly willing to tour further and tap into new and emerging markets.” While it doesn’t account for new music releases or other projects (collaborations, media appearances, etc.), it’s hard to argue with the legitimacy of their findings.

Here’s the top 10 artists who spent more time on the road then at home this year:

That’s over 1,112,199 accumulative miles, or 2.5 trips to the Moon and back. Plus, who knows how many Hart’s truck stops showers or Monster Slim Jim’s that equates to.

For a complete list of data, including the remaining top 20 and some helpful informative charts, read Songkick’s full breakdown here. And for the journeymen, here’s a little driving music for your next road trip:

The "hardest-working" musicians, based on miles traveled and shows played