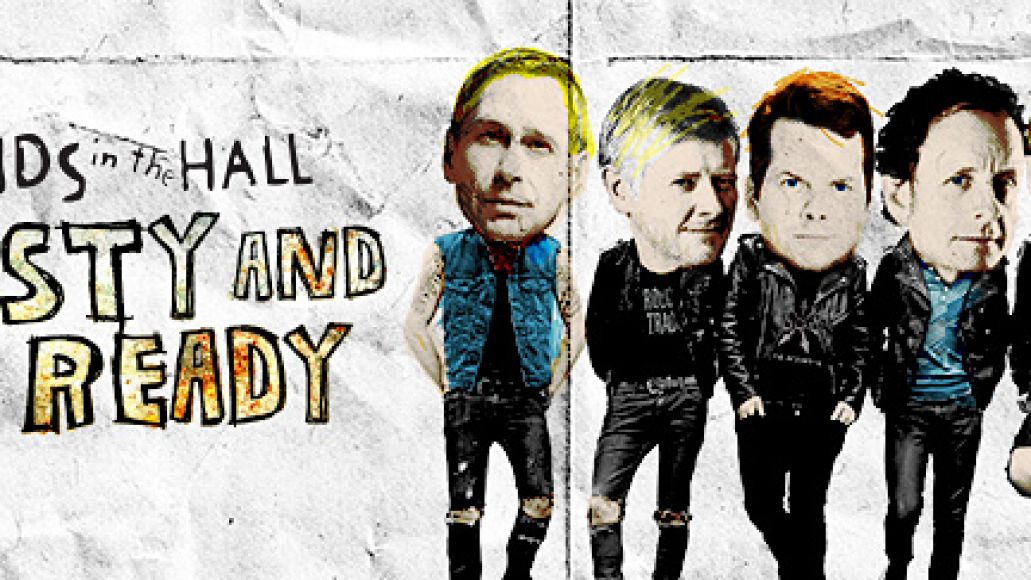 Canada, specifically Toronto, has an embarrassingly rich history of making people laugh that extends far past our current crack-smoking mayor’s shenanigans. From Wayne and Shuster to the Second City Television troupe to Mike Myers and Jim Carrey, comedy here seems to flow as freely as our goldenly sweet maple syrup that goes so well with powdered Belgian waffles…

But enough about the food cravings I’m having right now. Perhaps the funniest ensemble to ever call our fair city home is The Kids in the Hall, a tight-knit group comprised of Dave Foley, Bruce McCulloch, Kevin McDonald, Mark McKinney, and Scott Thompson. Five comics Gen-Xers such as myself fell in love with in the early-’90s, thanks to their Lorne Michaels-produced series that ran for five hilarious seasons on both CBC and HBO. With reunions from that era being all the rage these days, the getting long in the tooth Kids announced they would assemble again for The Toronto Sketch Comedy Festival with the working show title of Rusty and Ready. Their first live production since 2008’s proper tour and that year’s spotty IFC mini-series, Death Comes to Town.

As the house lights dimmed just after 8 PM on the opening night of December 4th, I silently cursed myself for not having done a PVR marathon the weekend before like I had planned. When the curtain rose to reveal our ha-ha-heroes together on stage for the first time in five years, wearing wedding gowns no less, I smiled with the knowledge that this group’s best bits may still be yet to come. No one can touch The Kids in the Hall when it comes to dreaming up seemingly preposterous situations that have inspired legions of improv actors. And no topic is too out there for them; among Rusty and Ready’s more riotous skits were a “death house” party with Sherlock Holmes as a guest, a hooker robbing a local Scotiabank, a waiter’s will to burn down a restaurant over a customer audaciously calling a tarte a pie, and a double date at a movie theatre that only shows Brokeback Mountain. 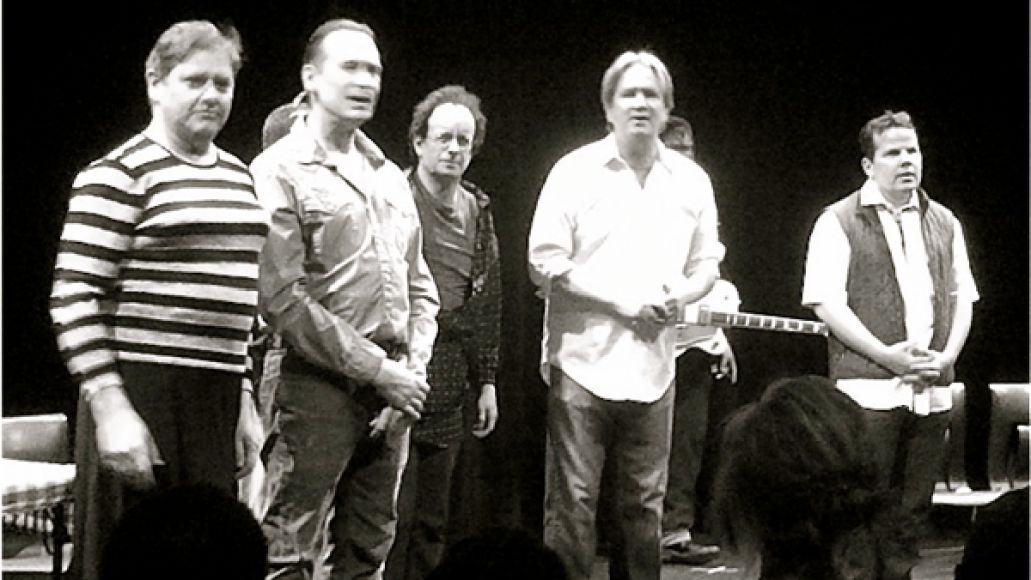 The good news for anyone lucky enough to catch the remaining festival performances is that you don’t have to be the biggest KITH fanatic to enjoy the show — just a fan of solid sketch comedy. Aside from the rotund Paul Bellini, completely naked save for his trusty white bath towel, the Kids didn’t rely on too many characters in their expansive rogue’s gallery, which meant no Chicken Lady, no Cabbage Head, and no head-crushing via Mr. Tyzik. Of course, the always-reliable Buddy Cole did do one of his infamous monologues to the delight of everyone in the sold out audience, but there’s hardly a canonical storyline there. Instead, Canada’s fab five trusted their still-sharp talents to craft engaging new personalities for us to get behind, and everyone responded by roaring with approving laughter for almost two straight hours.

One major highlight of the night was McDonald’s stuttering song about the Kids’ 25-year history, complete with side-splitting details like how much money was lost on 1996’s Brain Candy. He also teased that another tour may be in order. Personally, I say go for it while you’re still young…er, make that still alive. “We’re not quitting ’til one of us dies,” the bespectacled McDonald concluded. The only downside I could foresee is that they’ll have worked out all the kinks by then, which made for some of the more memorable moments of the aptly titled, Rusty and Ready.

Feeling nostalgic? Wax well with The Kids in the Hall’s Top 20 Sketches.