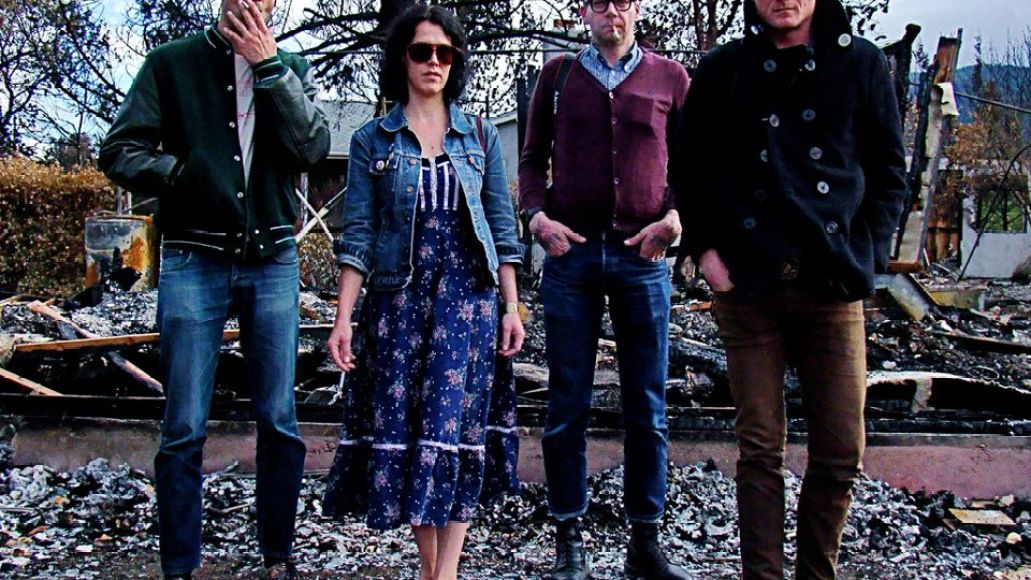 Update: In a statement, frontman John Dwyer stresses that band is not breaking up, writing, “this is just a well deserved break and a transitional period.” In fact, the band plans to release a new album in early 2014 and “we will see where the live show goes from there.”

Following a truly prolific 14-year-run, which has included a dozen or so full-lengths, piles of singles and EPs, and countless more contributions to various compilations, Bay Area garage rockers Thee Oh Sees are going on an indefinite hiatus. Frontman John Dwyer broke the news during last night’s show at San Francisco’s Great American Music Hall, telling the crowd, “This will be the last Oh Sees show for a long while. So dig in.”

In an interview with SF Weekly, the band’s tour manager Annie Southworth confirmed the news, noting that Dwyer was looking to take some time off as he made the move from San Francisco to Los Angeles. She added, “They need a break after 5 years straight, so yes … hiatus time. Will be a little hard to continue with all the different locales so who know what is going to happen… Cross fingers, we all are (sure) that it’s not completely over.”

According to Southworth, Dwyer’s grown frustrated with his adopted home and the increasing developments of the neighborhood surrounding Mission on 17th and Valencia. He’s not the only band member using the break to make some life changes, as keyboardist and vocalist Brigid Dawson is leaving for Santa Cruz. Bassist Petey Dammit and drummer Mike Shoun will continue living in the Bay Area.

Thee Oh Sees started in the early 2000’s as a side project for Dwyer, who was formerly in the Bay Area bands Coachwhips and The Hospitals.  The outfit changed its name several times, going from Orinoka Crash Suite to OCS to The Ohsees and finally its current name as it evolved from Dwyer’s instrumental, experimental home recordings to their current garage-rock sound. The band’s current lineup has been active since the release of 2008’s The Master’s Bedroom is Worth Spending a Night.

The band’s released two albums within the last year alone: last September’s Putrifiers II and April’s Floating Coffin. More recently, they put out the third volume in their ongoing Singles Collection. Relive the band’s output over the last several years with a stream of the collection below.