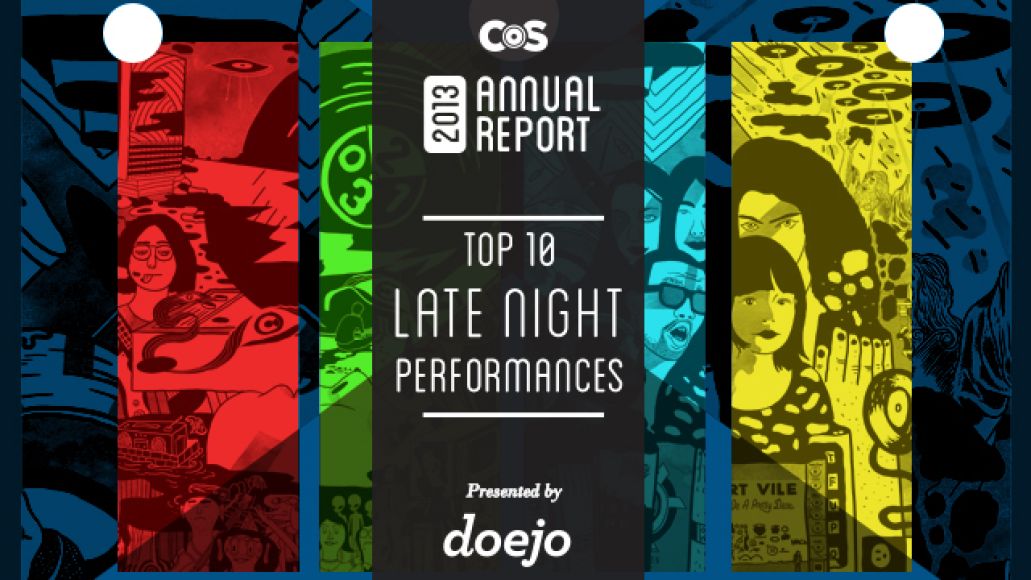 From what we gathered out of The Larry Sanders Show, it’s that, usually, the musical guest acts as filler. Well, at least in the ’90s. Nowadays, it’s sometimes the only reason to tune into late-night television. (Of course, I don’t personally believe that, having been obsessed with late night television my whole life. Have you read The Late Shift or The War for Late Night? Really fascinating stuff and it’s just so wild th– sorry, getting ahead of myself again.) That’s why so many of us on the news team — read: Alex Young — will wait around late at night to post the videos shortly after they’ve premiered on the tele. Some of them were real, bonafide events, as you’ll seen discover. So, keep that in mind for 2014 when you’re either a.) setting up your DVR or b.) flipping around before bed, possibly buzzed off something in the medicine cabinet and/or your spirits collection. Christ, when did this introduction get so personal?