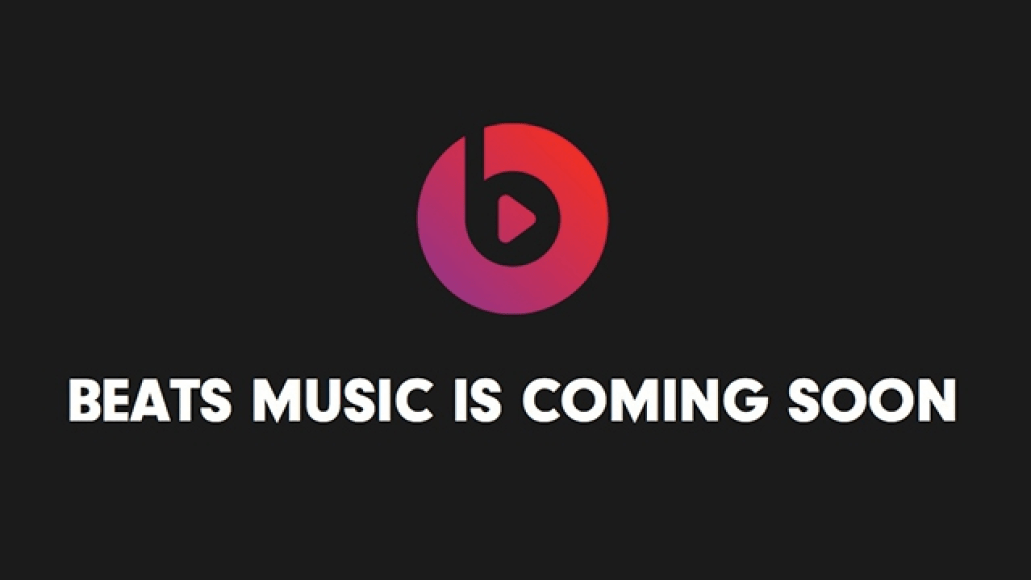 In December 2012, Trent Reznor announced his involvement in Daisy, a new streaming music being launched by Dr. Dre and Jimmy Iovine’s Beats Electronics. At last, the service is finally ready for launch.

In a letter published today, CEO Ian Rodgers revealed the service, now known as Beats Music, will go live in January 2014. Currently in beta, a select number of artists and “other influences” are currently testing the service and providing feedback, Rodgers added. However, as of today, anyone can pre-register and claim their username.

Reznor, who serves as the company’s Creative Chief, previously discussed the service in a 2012 interview with The New Yorker. He described it as a “platform in which the machine and the human would collide more intimately.” He said the service “uses mathematics to offer suggestions to the listener… [but also] would present choices based partly on suggestions made by connoisseurs,” describing it as “like having your own guy when you go into the record store, who knows what you like but can also point you down some paths you wouldn’t necessarily have encountered.”

How’s this different from services like Spotify or Rdio? “Here’s sixteen million licensed pieces of music,’ they’ve said, but you’re not stumbling into anything. What’s missing is a service that adds a layer of intelligent curation,” explained Reznor.

One thing still unclear: what will Thom Yorke think?