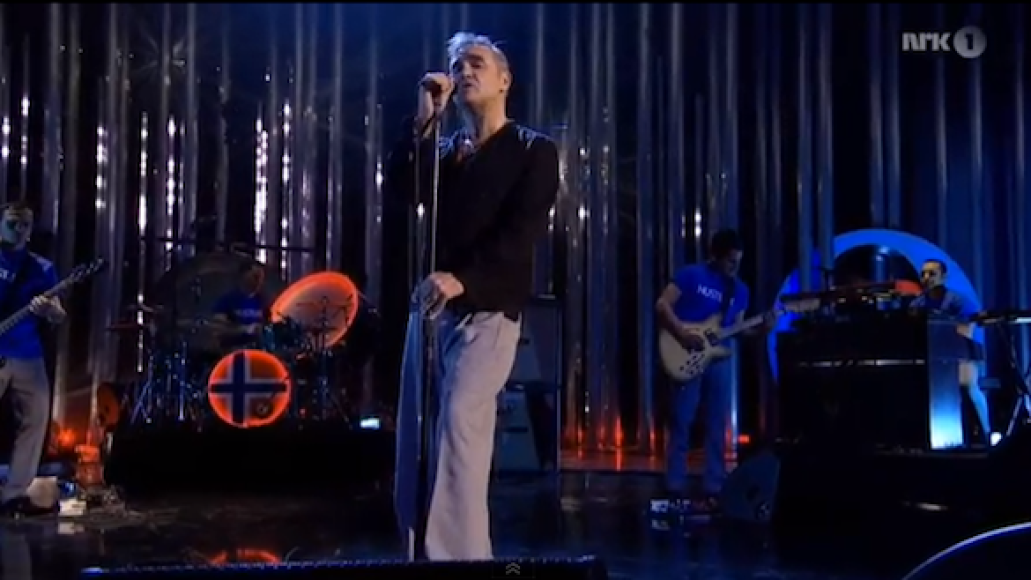 Morrissey was on hand to soundtrack world peace at the Nobel Peace Prize concert in Oslo on Wednesday evening. The recent author was introduced by actors Claire Danes and Aaron Eckhart, who lessened any corresponding pressure by announcing that he was performing “for all those over the years who have been killed and maimed by weapons of mass destruction.” But Morrissey carried the weight, delivering inspired renditions of “People Are the Same Everywhere”, his cover of Lou Reed’s “Satellite of Love”, and “Irish Blood, English Heart”. Oh, and his band wore bright blue t-shirts that read “HUSTLER”, because obviously. Catch the replay below.