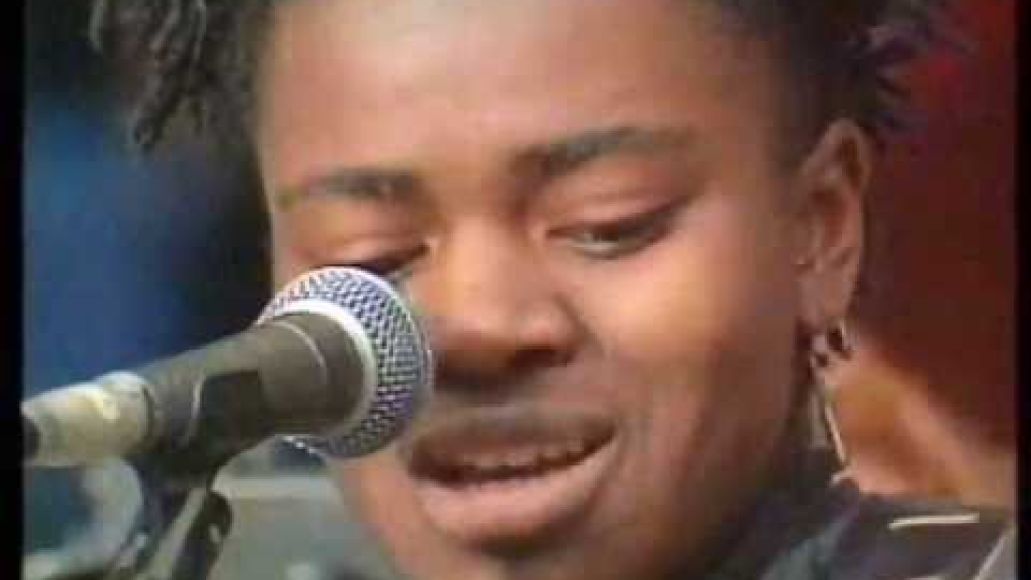 Welcome to our weekly feature Video Rewind. Every Friday, a CoS staffer shares a video clip dug up from the depths of the Internet. Yesterday, Nelson Mandela, philanthropist, politician, and strident anti-apartheid revolutionary, passed away at the age of 95. Our own Ryan Bray pays tribute to the elder statesman with a look back at 1988’s “70th Birthday Tribute Concert”.

By 1988, Nelson Mandela was entering the 26th year of a life sentence, his punishment for a lifetime boldly fighting the forces of apartheid. Even locked up on Robben Island, though, Mandiba was still the inspiration of protests and sit-ins across the globe, his struggle inspiring an entire planet to stand up for equality. Perhaps the biggest display of support came on June 11th, 1988 with a tribute concert from London’s Wembley Stadium in celebration of Mandela’s upcoming 70th birthday. With some 600 million people tuning in, performances from Sting, Peter Gabriel, Whitney Houston, Al Green, Joe Cocker, and George Michael, among others, stood as a testament to Mandela’s influence and importance in the pursuit of social justice.

Even with all that immense celebrity firepower, it was a then-relatively-unknown Tracy Chapman who made one of the event’s must indelible impressions. Chapman performed a sedated set earlier in the evening, but came back to pull double-duty after Stevie Wonder temporarily left the stadium after having equipment issues. It was with that second set, though, that she delivered one of the most poignant and last tributes. Performing “Fast Car,” and armed with little more than an acoustic guitar and a mic, Chapman managed to make the 90,000-seat venue as intimate and inviting as your neighborhood coffee shop.

It’s a song built on the power of perseverance in the face of heartbreak and propelled by the faintest thread of hope, and as such it spoke volumes about the man that millions came together to honor. Chapman’s story became Mandela’s, even if only for those 4:52. “Anything is better,” she sings, “Starting at zero got nothing to lose. Maybe we’ll make something, me myself I’ve got nothing to prove.” If that doesn’t unequivocally sum up the triumph of Mandela’s fighting spirit and unbreakable will, I don’t know what does.

Fortunately, Mandela’s story had a happier ending than the song’s, as he was freed just two years later. It was still a surprisingly fitting song for the momentous occasion. Save for the philistine who keeps doing a mic check during the song, it was an understated and gracious tribute to a man who changed the world with his own sense of moral integrity and steadfastness.