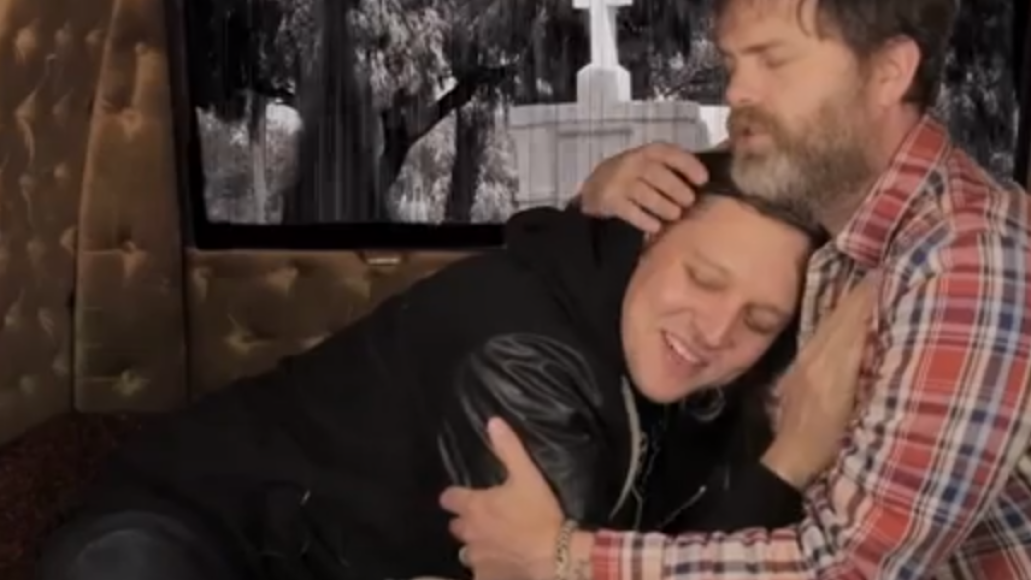 For his “Metaphysical Milkshake” interview series, actor/comedian Rainn Wilson has a unique approach to securing guests: he scoops them up in his van. While that sounds like the start of some creepy thriller, Wilson’s interviews are as introspective as they are entertaining. Take for example his recent conversation with Arcade Fire’s own Win Butler.

Over the course of their nine-minute bro-down, the two talk about Reflektor, Haitian music and cultural appropriation, and Butler’s inspiration as a songwriter. Here are the truly choice moments: 1) When Wilson playfully describes Arcade Fire’s latest music as “weird, Euro, watered-down disco”; 2) The story of how Neil Young offered up the best piece of advice over Thanksgiving dinner; and 3) When Butler reveals the “biggest life question” that he struggles with the most. Their interactions are nearly as appealing and smooth as the upholstered seats in which they rest.

Watch the full interview below.