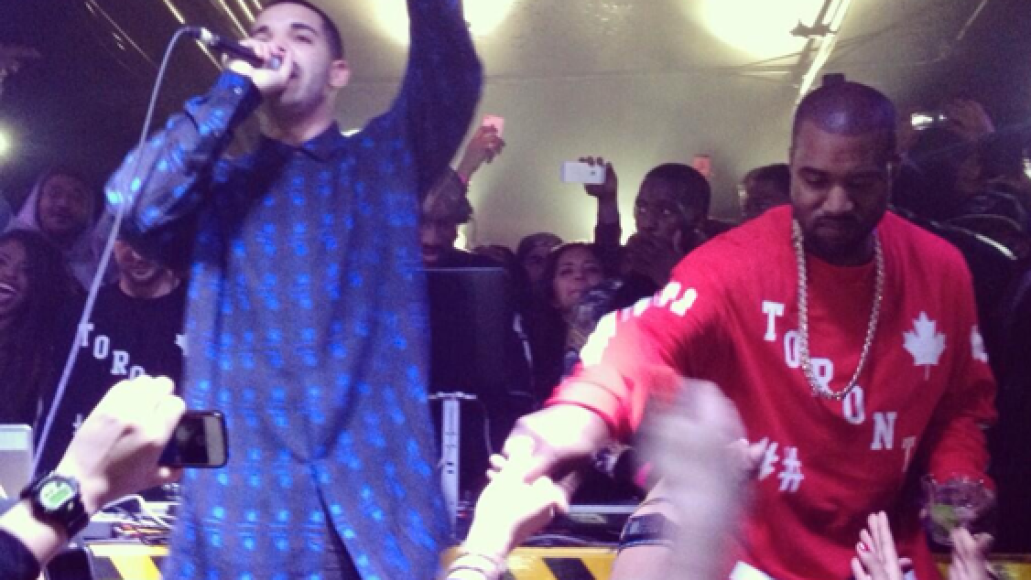 Kanye West and Drake have had a complicated relationship over the years. Kanye directed Drake’s first video, but then Drake allegedly slept with Kanye’s ex, and then Kanye dropped Drake from “All of the Lights”. They then made a whole bunch of subtle references to one another in various songs, with Drake even longing to make his own version of Watch the Throne with Lil Wayne. But last summer, the two let bygones be bygones and appeared together on stage during Drake’s OVO Fest, and ever since, they’ve been involved in something of a bromance. Drake has said Kanye is his “only competition,” and last night during his show in Toronto, Kanye thanked the “Rap God Drake” for being in attendance. Later in the evening, the two hit an afterparty together, where they rapped along to each other’s songs. Kanye wore a Toronto hockey jersey and, at one point, he swung from the ceiling as “Blood on the Leaves” played aloud.