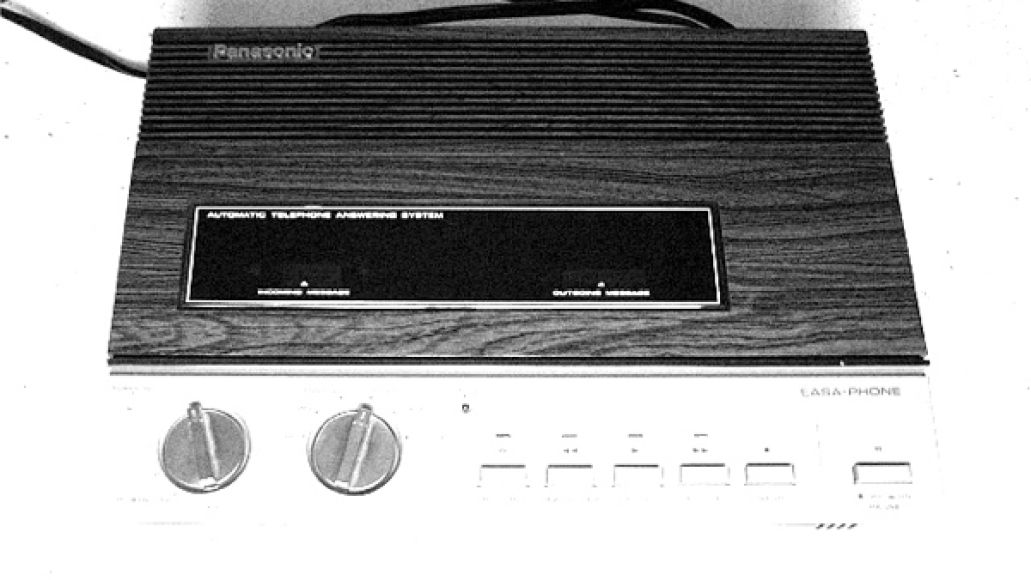 Welcome to Answering Machine, a column where Editor-in-Chief Michael Roffman (@michaelroffman) will voice his opinion on the latest top headlines, which might include new music, various controversies, and publicized conflicts. He’s likened this to a Town Hall discussion of sorts, so please feel free to voice your own two cents below.

Unless you were sleeping last night, you probably heard about Beyoncé’s new album before night’s end. The best-selling pop superstar in the modern era simply uploaded her fifth, eponymous-titled album to iTunes, complete with 17 videos to accompany the album’s 14 tracks, and then, you know, walked away. This is how her pal Kanye West does it, this is how her Instagram buddies in Death Grips do it, and, yes, this is how Nine Inch Nails and Radiohead do it, too.

But this isn’t how pop superstars do it.

Take a look at Jay Z, Justin Timberlake, Lady Gaga, Miley Cyrus, Katy Perry, or any other peers of Beyoncé — all of their albums this year were previewed with months (sometimes weeks, in the case of Jigga) of hype that all promised a juggernaut, an apropos followup that Must Be Heard. There’s the surprise announcement, an activity that already has evolved into a litany of ludicrous, over-the-top investments — from glossy budgeted short films to random announcements on-stage to well-timed commercials — which then lays out a smorgasbord of options and mediums that all essentially do the same thing: release a single, tease a video, run a video, re-hype the single, and remind everyone the album’s on its way. These range from quirky YouTube uploads, specialized late night appearances, controversial award show performances, exclusive interviews with prestigious publications, photo shoots with Terry Richardson, etc. Somewhere along the line this year, Bey must have said, “Nah.”

Now, try and think back to last year’s Super Bowl — it might be hard if you’re a Broncos fan, it’s probably easier if you worship the Ravens — when Beyoncé danced the souls out of millions of Americans with a performance that not only found her dusting off her blockbuster hits but rekindling a friendship with her past members of Destiny’s Child. It was huge, it was everything a pop star could want, and yet she only used the opportunity to announce a world tour. There was no new album, no follow-up to 2011’s highly delectable 4, nada. (Well, technically that’s not true. She did unveil that new Destiny’s Child song, contributed work to The Great Gatsby, and confused everyone with this.) Instead, the months leading up to last night’s surprise album were filled with debunked rumors, appearances on albums by Jay Z, Kelly Rowland, or The-Dream, and random teases of new material like “Bow Down / I Been On”, “Grown Woman”, and “Standing on the Sun” through commercials for Pepsi, H&M, or L’Oreal. I’d like to imagine the fine folks at Columbia pulling out their hair at every opportunity she shook her head. 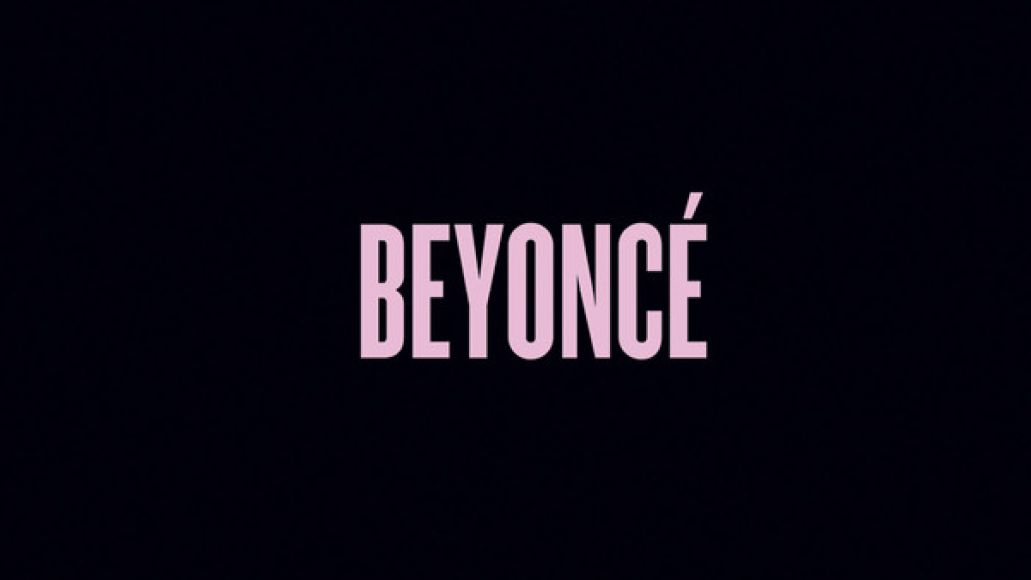 Early this morning, The Los Angeles Times called Beyoncé’s surprise attack “a game change.” They’re not wrong. By opting out of all the hoopla described above, she’s excised the middle man and connected directly with her fans, which pretty much sums up her intentions.

“I didn’t want to release my music the way I’ve done it,” she announced on Thursday night. “I am bored with that. I feel like I am able to speak directly to my fans. There’s so much that gets between the music, the artist and the fans.”

Whether or not this decision proves successful remains to be seen. (Although, as A.V. Club reports, “Between the hours of midnight and 3 a.m. EST last night, the record sold over 80,000 copies.” At 17 bucks a pop, that comes out to 1.3 million dollars. Yowza.) However, there’s a soft answer in looking back at this year’s exhausting hype machines, specifically her “Telephone” caller Lady Gaga. The Fame Monster spent over 25 million in advertising dollars for ARTPOP, which has since been considered a flop of considerable measures. Here’s a startling nugget of information from Business Week:

Despite all the fanfare, ARTPOP isn’t selling. The album sold just over 250,000 copies in its first week, putting it behind Katy Perry’s Prism (286,000 copies) and Miley Cyrus’ Bangerz (270,000 copies)—far below the expected 350,000 sales touted before its release. Interscope may lose so much money on the album that unconfirmed rumors of layoffs are circulating.

Now, I haven’t heard much of Beyoncé, but even if the album’s a clunker, Columbia doesn’t have a bloated advertising budget to make up, which should make their employees happy when they go home for the holidays without a pink slip. What’s more, considering nobody received an advance listen — that includes critics — there’s absolutely no positive or negative buzz out there. It’s just simply out there, which should be enough to draw excitement from her diehard fans, who would probably listen to it and buy even it did have zero stars, and any casual listeners who basically have no critical accountability to decide whether or not they should listen altogether. In other words, the album’s a random object in the middle of the room — an unknown would-be spectacle — and, really, who’s going to pass that up. 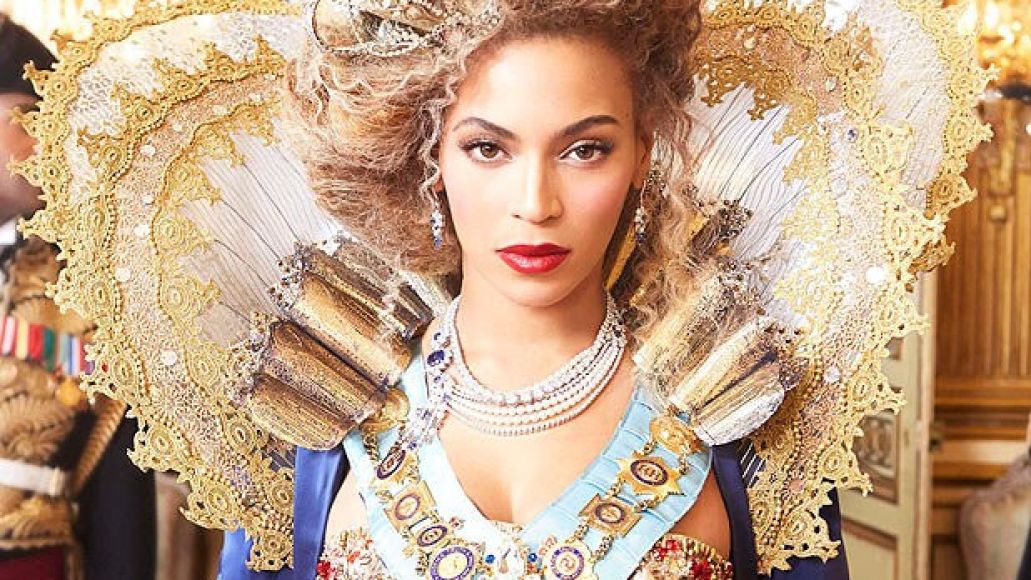 “Don’t believe the hype,” Public Enemy famously screamed, and I not-so-famously screeched on the playground to my teacher in fourth grade. Here’s the problem, hype only works if the product’s justified, and in today’s cynical culture, where everyone has a voice and the haters have even louder one, hype hardly matches up even when the product is justified. (See: The comments about Yeezus being our #1 pick of the year.) This makes hype an expensive piece of garbage. What’s more valuable, instead, is mystery — something that’s worked wonders for Nine Inch Nails, Radiohead, Arcade Fire, Kanye West, My Bloody Valentine, David Bowie, and the list goes on. The real difference is that Bey even surpassed those, literally dropping it without any notice, without any preview, without any idea that it would be coming. One could argue Trent Reznor did that with Ghosts or The Slip, but the fact that an artist of Bey’s magnitude and scope blindsided all of mainstream and independent media is pretty prolific and unprecedented.

Jot this down on a Post-It note: Mystery is the true gold in media these days. The film industry still hasn’t come up with an appropriate way to handle it — even if the likes of J.J. Abrams have come close — but with music, there’s a tangible opportunity. Because commercialism aside, music really is about the connection between an artist and its fan, which goes hand in hand with Bey’s intentions: “I just want this to come out when it’s ready and from me to my fans.” The many PR agents I work with will want to throw knives at me for typing this, but this direct line might be the thing that keeps established artists and labels alive. If you’re dealing with guaranteed sellers, mystery works to your advantage even if you have a flop on your hands. People want to see what’s in the box. What’s more, people want to see what’s in the box before anyone else does. Billboard’s Editorial Director Bill Werde said it best last night on Twitter: “Lol. I’m on a train and I want to tell strangers who obviously aren’t looking at twitter that a new Beyonce album has arrived.” Scream it loud, Bill, that’s the whole point. Otherwise, how will anyone ever know there’s a box to begin with?

Why Beyoncé Doesn't Believe the Hype, And You Shouldn't Either