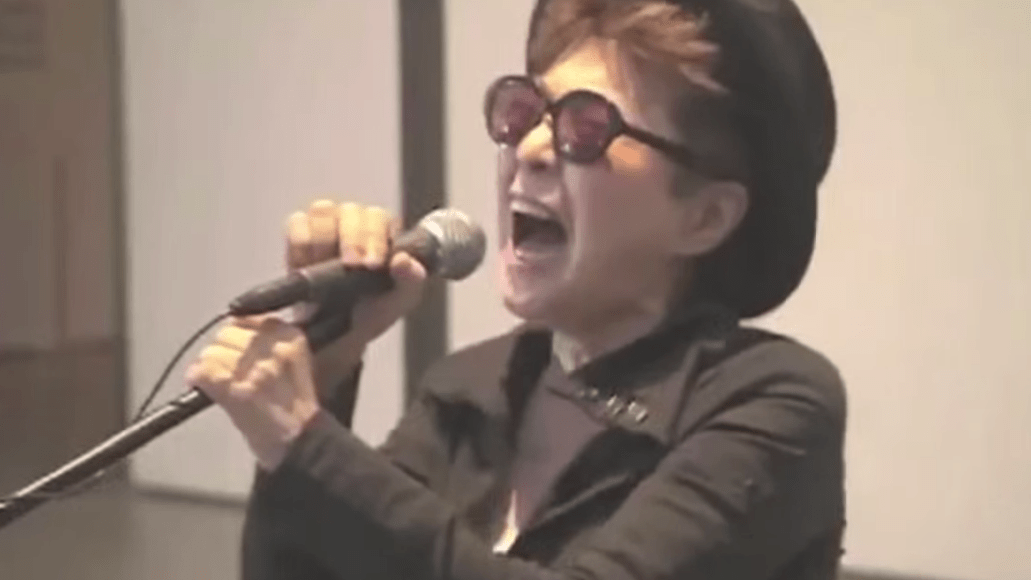 We don’t have a category for this, but Daft Punk’s “Get Lucky” would undeniably win the award for “Most Covered Track of 2013.” Since its release in mid-April, the Random Access Memories single has been re-imagined by (deep breath) U2, Florence Welch, Wilco, Daughter, Black Simon & Garfunkel, President Barack Obama, Michael Jordan, Russian police officers, and even Mario himself. Plus, who knows how many other countless times its been mangled in coffee shops and karaoke bars the world over.

While the latest offering isn’t technically a cover, and more a clever mash-up, it doesn’t change the fact that there’s now a Yoko Ono rendition floating out in the ether. In the clip that nearly fooled this intrepid reporter, the high priestess of all things Avant-garde spends 40 seconds yelping and wailing over the smooth disco track, turning its sexy and satiny vibe into an abrasive piece of performance art. If even it’s totally fake, it’s still by far the most unique and varied take on the summer anthem we’ve ever heard. That is, at least, until another 20 people cover it before New Year’s.

Then, revisit the original, because there’s no point in ever trying to escape it: