A name like Warpaint is a dare, a confrontation, a preparation for a battlefield ahead. But unlike suiting up for war, Los Angeles-based psych-crooners Warpaint’s battle is against the claim that nothing provocative is happening in contemporary rock music. Through the subtle swathes of psychedelia, dusky guitars, and masterful ambience, Warpaint — comprised of guitarist/vocalists Theresa Wayman and Emily Kokal, drummer Stella Mozgawa and bassist Jenny Lee Lindberg — are also challenging the normalized generalizations often thrust upon women in rock bands. After all, gender does not, in any way, equal genre.

Warpaint’s ascent has been monumental, partially through the tail end of the MySpace revolution. The band’s singles online caught the attention of none other than John Frusciante, who gleefully mixed the group’s first EP, Exquisite Corpse, in 2008. Then followed their revered first full-length on Rough Trade, 2010’s The Fool. The album was universally praised for its languid rhythms and subdued balladry, injected with a strident sense of lyricism that never lingers in self-doubt. Fittingly, the band’s lucid self-titled sophomore record — mixed by Flood and Nigel Godrich — is staunchly feminist, unyielding, and irreverent. “Careless, not hopeless,” the band croons on Warpaint‘s “Feeling Alright”. “You can’t tell me what to do.”

Warpaint surges with a bewitching sensuality that’s unique to the most seminal of classic electronic and 4AD dream pop records. Think the unsettling brilliance of Massive Attack’s Mezzanine, the opaque swoons surging through Cocteau Twins’ Heaven or Las Vegas. Trip-hop and shoegaze are genres often characterized by their dreaminess (or nightmarishness, if that’s what you’re into), though the latter is more nebulous. This sultry spirit is threaded thickly throughout the entirety of Warpaint, though it would be wrong to simply think of this record as solely dream pop, or psychedelic, or any kind of buzzy term used to describe music shrouded in a lysergic, slinky mysticism. Still, it’s tough not to be completely swept up in songs like the alluring “Biggy”.

But, unlike the brazen sexualization that our most revered pop stars exude (e.g., Beyoncé, Rihanna, Katy Perry), Warpaint is unintentionally sultry, evoking that film noir come-hither stare instead of relying on brassy coquettishness to get its point across. There’s a hypnotic quality to songs like “Hi”, warbling and weird and wonderful, and a prime display of Mozgawa’s impeccable sense of capturing and releasing tension. The harmonized croons of Kokal, Wayman, and Lindberg are reminiscent of early ’90s R&B stylings, though without the oversinging.

Notably, the textures of this record are also embedded with something far more sinister than 2010’s The Fool. The meditative mantra of “Disco//very” are the words “She’ll eat you alive,” followed by alternating yowls and harmonizations that descend into eerie echoes. That’s not to say that this record is necessarily depraved in any way, but the dalliance of guitar lines and thick bass sweeping through “CC” could easily soundtrack that brief window of 4:00 a.m. clarity during an all-nighter. Clairvoyance is everywhere on Warpaint, but so is doubt. “I’m alive/ I’m not alive enough,” they sing on the sharpened single “Love Is To Die”. You can be self-assured but not always sure, and that’s human. At the core, Warpaint oozes mortality.

Even during the quieter moments of the record, such as the smoky, piano-laced “Go In”, Warpaint unearths new complexities for the potential future of jangle-and-fuzz rock music. Although it’s admittedly a patient listen, Warpaint plucks at a different petal each time through it in its entirety. It’s truly a triumph for a group of women whose colors are singular and run incredibly deep. 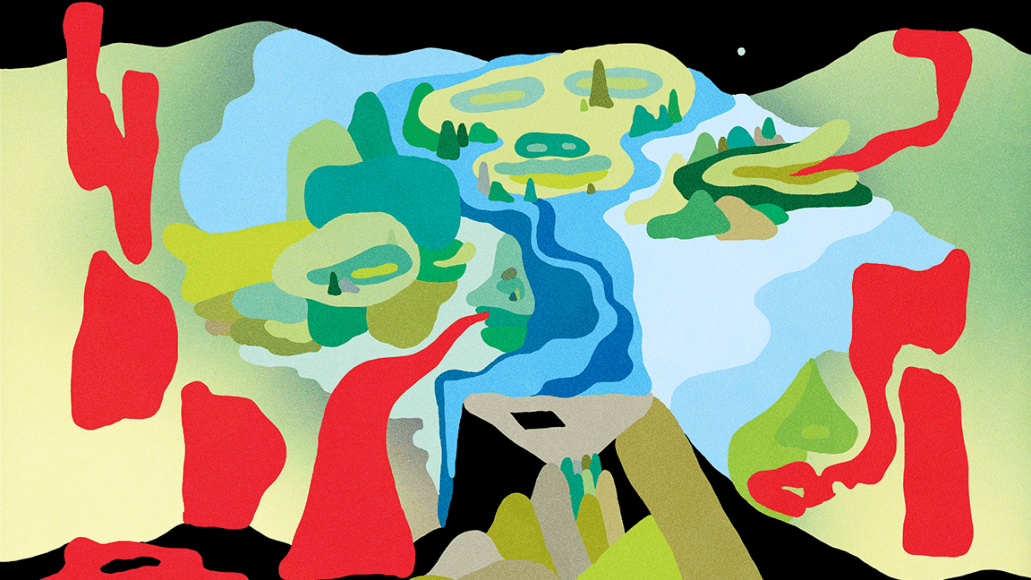