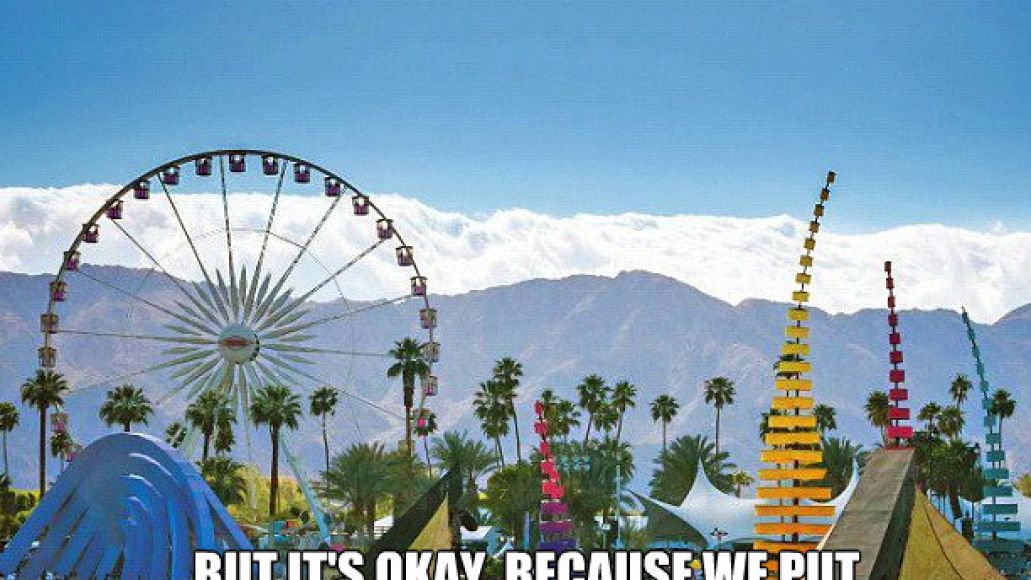 We may have been critical of Coachella’s 2014 lineup, but that didn’t stop the festival from selling out in record time. Tickets for both weekends were available beginning today at 10:00am PST and were gone by 12:37pm. That mark of 2:37 appears to have broken the record of 2:57, which was set in 2012. In 2013, the festival took 21 hours to sell out.

Coachella 2014 takes place April 11th-13th and 18th-20st at Empire Polo Grounds in Indio, California. Here’s our analysis of the lineup.

Coachella 2014 sells out in record time