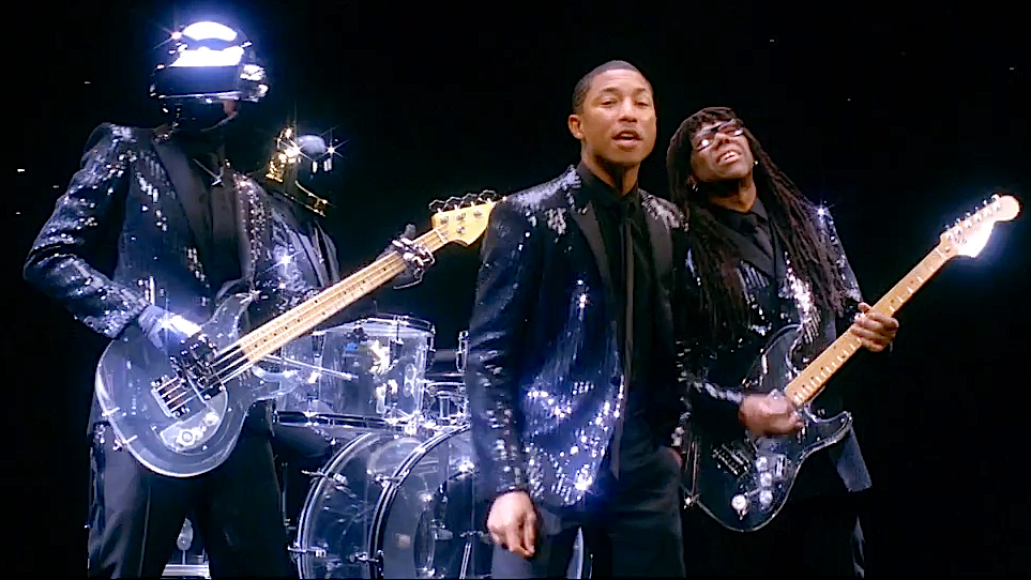 Daft Punk will appear at the 2014 Grammy Awards later this month, delivering their first live performance in support of Random Access Memories. And by the sound of it, the French electro-duo have something special planned.

Drummer Omar Hakim, who contributed to several tracks on RAM, has confirmed on his website that he’ll be performing with the duo at the Grammys. He offered up further details to My Small Story. Part interview, part video of him trying on clothes, it’s a fascinating watch in itself, but near the end Hakim reveals that Daft Punk will be performing live with instruments, joined by Pharrell, Nile Rodgers, “and evidently Stevie Wonder.” Watch the video below (scroll to the 1:05 mark to hear Hakim discuss Daft Punk, including details about their time in the studio together).

And here’s the teaser video for Daft Punk’s “Get Lucky” featuring Pharrell and Rodgers. Presumably, the Grammy performance will look something like this:

The Grammys take place January 26th and will air on CBS.

Daft Punk will perform live at the Grammys with Pharrell, Nile Rodgers, and Stevie Wonder