Welcome to Festival Outlook, a new supplemental column to Consequence of Sound’s Festival Outlook. In this installment, Alex Young talks to Governors Ball founder Jordan Wolowitz about bringing a successful music festival to New York City, booking this year’s lineup, and his plans for the future.

Alex Young: Governors Ball has managed to do what no other music festival has done before: succeed in New York City. Jordan, I don’t think most people realize how challenging it is to put together a festival as massive as Governors Ball, let alone do it in a market as competitive as New York City. Before we deep dive into this year’s lineup, could you discuss the festival’s longterm strategy and how you’ve been able to be so successful in New York? I assume you took away a lot of lessons from the failures of All Points West, Field Day, and Vineland.

Jordan Wolowitz: Governors Ball was started in 2011 by three friends working out of an apartment together. The grand plan was to bring our hometown of New York City it’s first (successful and lasting) marquee contemporary music festival. Growing up in NYC, we saw a few festivals come and go. Of all the valuable lessons we learned from those festivals, one of the most important things that stood out to us was that we knew our festival had to be located in NYC proper. New Yorkers are suckers for convenience, so producing a festival in Long Island or New Jersey and calling it a ‘New York City’ music festival just won’t work for people in this town. It had to be easy to get to, and access. We wanted to do something akin to Outside Lands, Lollapaolooza, or Austin City Limits – a festival that was in the heart of the city.

New York is the greatest city in the world. It’s never short on fun things to do – that’s part of what makes it so great. We knew our festival had to be exceptional – being ‘good’ wouldn’t be good enough. When booking the lineup, I put as much thought and care into selecting the first act playing at 12pm on Friday, as I do the acts closing out the bigger stages. We knew the lineup couldn’t be top heavy, and simply rely on big name headliners. Major acts pass through NYC on tour all the time. The whole lineup had to greater than the sum of its parts. Top to bottom, it had to be a collection of world class artists, a combination of acts that normally would never share the same stage together. NYC is the most important market to 10 out of 10 contemporary acts. We had to create an event where artists and their reps knew it was better to play Governors Ball than, say, a traditional club show at Roseland Ballroom or Terminal 5 or wherever. I think we’ve succeeded in that. Outside of the talent, we’re putting a big focus on developing high end food and drink areas, unique art installations, and activations. When people get to the festival in June, I think they will be very impressed.

I also attribute a large part of our success, so far, to the fact that Governors Ball started small, and organically, and grew incrementally each year. My two partners and I started the festival in 2011 as three guys in their twenties with no outside support from a major promoter, financier, etc. Because we didn’t have the backing of a major presence, we had no choice really but to start as a smaller, ‘niche-ier’ fest. Our first year, in 2011, was a one-day event and featured only 12 acts on two stages. Our ‘headliners’ (Pretty Lights, Girl Talk, Empire of the Sun) were acts that hadn’t played a venue larger than 3,000 cap in this market. We booked a lineup that spoke to people our age. We needed to sell around 12,000 tickets to break even financially. We sold about 18,000 tickets that year. It set us on a good path, because we were able to continue calling our own shots from that point forward. Most festivals lose money their first few years. We had the good fortune of not being in that position.

Year two, we grew the festival slightly, to two days. Same programming format each day (two stages, 12 acts), but we increased the size of the talent a bit – artists like Beck, Fiona Apple, Modest Mouse, Chromeo, James Murphy, etc. The festival went very well – we did about 40,000 over the two days – and fans left with a positive experience again. I’d like to think people noticed the organic and authentic vibe of the festival, and that gained us some very strong support throughout the city. They knew this wasn’t some kind of corporate event being thrown by some multinational promoter. It was a festival for New York City, being produced by people from New York City. 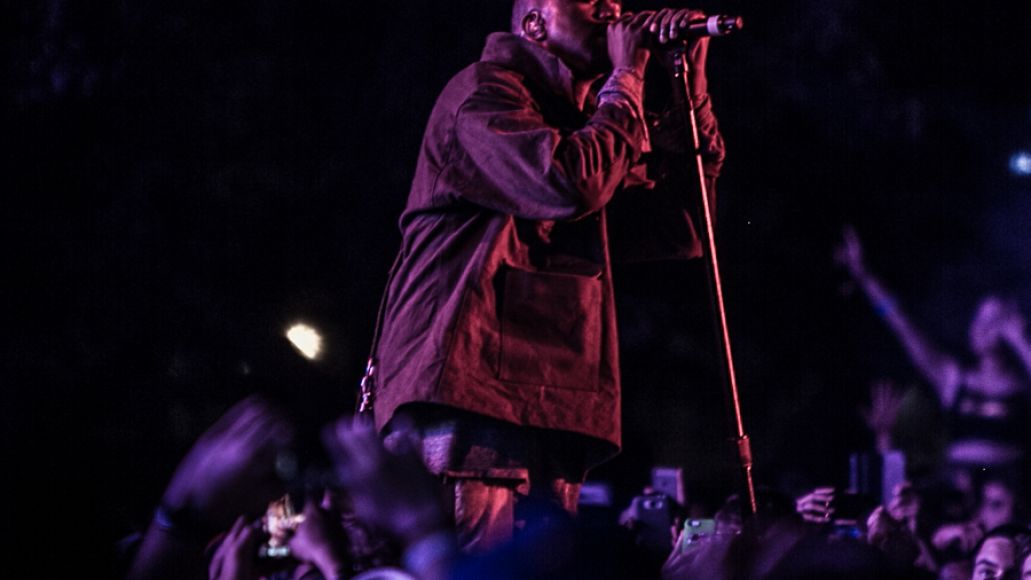 After the success of our second year, other people in our business began to realize that maybe an NYC music festival could succeed after all. The vultures began to circle, and we heard rumors of other people thinking about throwing a big festival. We knew we had to push the chips all in for year three. Really go for it. It was time to see if NYC would welcome a major music festival, and embrace Gov Ball the same way that San Francisco embraced Outside Lands, Chicago embraced Lolla, etc. We set out to book the biggest and best lineup we could, and let it ride. We secured headlining artists like Kanye and Kings of Leon (largely due to the good things they’d heard about the festival from the previous years), and curated the best festival lineup we could, top to bottom…and we sold out at 45,000 a day. We always knew we wanted the festival to be this size..I just think we were forced to speed things up by a year or two due to some outside factors.

AY: The fact that you built the festival from the ground up as opposed to going all-in the first year is an important thing to emphasize, in my opinion. The folks behind Coachella have a similar story and I think that’s why both festivals have managed to be so successful. The creators (including yourself) — who I assume are passionated music fans, because why else would you stake so much on such a high risk activity — don’t necessarily have to answer to some cooperate conglomerate or investor who may push to more commercial acts. I’m interested, though, how then were you able to fund the festival in the early years? Personal investment? Booking acts is one thing, but securing a site in New York City is not cheap. Were there any other venues you considered? I know you started at Governors Island and later moved to Randall’s Island. Would you ever consider moving again?

JW: As you mentioned, the first Governors Ball was held on Governors Island, off the southern tip of Manhattan. We got the idea to hold the festival there in the summer of 2010. Tom [Russell] and I were out there for Rock the Bells. His girlfriend at the time was working for their site ops team. We walked around the island that day and thought, Wow this place is perfect for a smaller festival, and we immediately got to brainstorming ideas. We were still working for our previous employers (ICM and Superfly), so we kept things quiet. Through Tom’s girlfriend, we got some contacts on Governors Island, and got the ball rolling. That island is awesome, and worked great for the festival’s format in our first year. However, the island doesn’t have a bridge. The only way you can access it is via boat. Not only did it limit us capacity wise, but it was also very difficult to us to bring proper production out there via boat. Plus, we wanted to book bigger artists, who in turn carry bigger production themselves.

We needed to move to a venue that could accommodate our desire and vision to grow the festival. We did some quick research and realized Randall’s Island was the best place to move. It’s incredibly accessible. It’s connected to Manhattan via the 125th Street Bridge. It’s a 10 minute cab ride from Midtown. You can access the island by any means really: car, cab, bus, bike, walking, or taking the 6 line on the subway and walking across the bridge. As it stands, we have zero desire to move and view as the best place, by far, to produce a festival of Gov Ball’s size in this market. Regarding the funding in the early years…that’s a better convo to have over beers.

Nilüfer Yanya on Her Whirlwind, Rewarding 2022