While their earliest works resembled the ambient gloom and doom of Slint, Scottish heavyweights Mogwai have continued to expand their impressive post-rock oeuvre with grand, surprising gestures. Since 1997, the quintet has gradually been including electronics, ghoulish keys, spliced sound clips, and surges of noise to their sprawling, guitar-driven music, which lies somewhere both equally nightmarish and utopian.

Their eighth studio release, the exuberant Rave Tapes, is a feat for Mogwai’s already illustrious career. Recorded in Glasgow’s Castle of Doom Studios, the record treads playful territory without sacrificing any of the band’s trademark cinematic swells. The sonic sprawls of their ’90s work are present on pensive numbers such as “Heard About You Last Night”, but increasingly complex electronic structures are woven through trademark guitar mosaics on numbers including the animated “Remurdered”. Cerebral and triumphant, Rave Tapes is a record for listeners to both contemplate and celebrate.

It’s been a while since you released Hardcore Will Never Die, But You Will. What have you been up to during that time?

Well, after that record came out we played a lot of concerts, which we usually do. When we finished that, we recorded music for a French TV show, Les Revenants. And pretty much as soon as we finished that we started working on this record. We never really stop. We’re kind of like a shark. [Laughs.]

You’ve written scores for Darren Aronofsky, and the one you just mentioned, Les Revenants. What was that process like?

For Les Revenants, they asked us if we wanted to do it. So, they told us a bit about the project, and we liked it. The process was quite interesting. We had to go back into America again, but we were going to be on tour when they started the show. So we recorded mot of, well, a lot of the songs before. They told us what they liked, and we went and recorded a lot of things of a specific length, recorded. It was quite smooth, actually.

Would you ever consider doing something completely off the wall, like scoring a children’s film?

I think we’re open to trying anything, really! Our music has a natural, vaguely ominous or weighty element to it. Certain things fit with our music, but within a certain realm of reason we definitely do it. We want to try many different things.

What would be your ideal film to score?

I don’t know. I think maybe my favorite films are horror films, or ones with horror elements. Maybe a real horror film might not fit our music really well. Maybe a horror drama by Paul Thomas Anderson. But I think Jonny [Greenwood]’s music is brilliant and fits the films really well, though. But a lot of filmmakers have their person, someone you don’t have to explain things to and understands what you do. Maybe we can find our own David Lynch or Paul Thomas Anderson. [Laughs.] 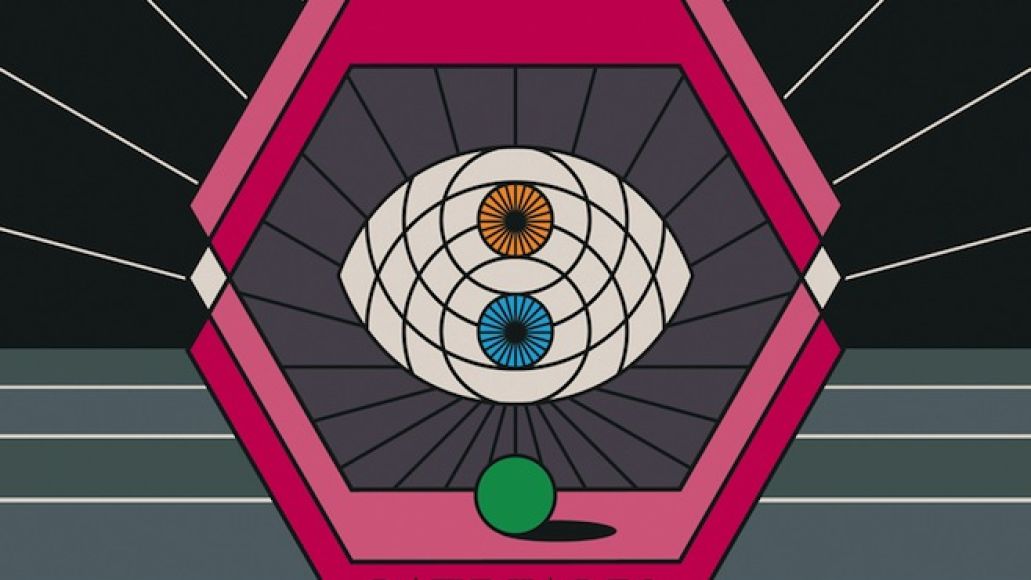 Your records and songs always have great, irreverent titles. What were some of the ones that didn’t make it onto Rave Tapes?

Let me find the list! Here’s a good one: “Hell Will Rejoice and Demons Will Be Delighted”. “Private Joke Twilight Zone”, I think that one was maybe too meta. “Someone Has Crab Claws”. That one wasn’t me.

These are all fantastic! What’s the story with the “Hell” and “Twilight Zone” songs? They sound like they could be demonic.

Well, the “Hell” one, that was probably just some crazy speech somewhere. And the “Private Joke Twilight Zone” was from a recording of a guy having a meltdown.

There’s a meta-monologue on “Repelish” that discusses Satanism and “Stairway to Heaven”. What’s your kinship to that song?

Do you remember the first song you learned on guitar?

Jesus and Mary Chain songs are super good and fuzzy. Were you playing the songs with pedals then?

At that time I didn’t even have an electric guitar, I had an acoustic! I wasn’t into pedals then. They actually did a BBC session for John Peel where they did a lot of the songs acoustically. “Psychocandy”, “Taste of Cindy”, maybe “You Trip Me Up”, some singles. It’s a really good thing to check out.

Been to any good raves as of late? I had to ask.

I feel that rave culture has definitely been making a resurgance though.

It definitely is in America. I think America’s finally discovered ecstasy, 25 years after the rest of the planet.

Rave-type of culture is huge here, with electronic festivals especially.

I’ve gotten kind of fascinated with how dubstep became, in a way, kind of a frat boy kind of music. I would have never expected that to happen, but people found something appealing about it. It’s interesting.

What was the culture like back then? Was it more open, with many different kinds of people?

Yeah, I think so. It seemed to be a very inclusive and quite welcoming type of culture.

How do you think Mogwai has evolved since you first began to record?

It’s hard to pin down. I mean, I think that the music has changed quite a lot. We’ve been playing really old songs and new songs on tour, and the old ones, some of them, sound very, very different. They maybe sound like a different band. There’s a similar strain that goes through all of it. I think we’ve gotten better at playing, which we’d hoped would happen. Through access we use a lot more instruments now, too. When the band first started, it was all guitar.

In that sense, I’ve noticed Mogwai has gotten more electronic over the years.

I think it was on Happy Songs for Happy People that I got the first computer any of us ever had. Even back then, we used electronic sounds on like Game Boy and stuff. It was called Nano World, it was a sequencer that a guy was hand-making in Germany. We were doing stuff like that then, but I think we wanted to do that more. But as we got computers and access to these things it became a lot more feasible.

Do you think our society’s current interconnectivity in relation to music, with the influx of the Internet, is more detrimental than positive? I know a couple of well-known bands have banned the use of iPhone recordings at shows.

Yeah. I’ve got some sympathy for that, to be honest. But, then again, I don’t like telling people what to do because I don’t like really like it when people tell me what to do. With us I think it’s been more good than bad. Freely available music, both legally and illegally, has probably spread our music to far more people and far interesting parts of the world than it would have done 20 years ago, when you could only hear music on the radio or at the record store. I don’t think we’d get played on the radio much anyway, and independent record shops are pretty scarce at moment, but even back then in far-flung parts of the world. We’re in a position where we can play in many places I never would have thought. Definitely more good than bad.

What’s been the most surprising place that you’ve played, one you’d have never expected?

There’s actually loads of them. We’ve played in places I’ve never heard of! Places in southeast Asia, Russia, China. In our view of who we could play for when we first started, it all seems so crazy. Playing in Kuala Lumpur was amazing, but also strange. We’re playing in Manila next month, which will be another strange experience, but one I’m looking forward to.

Since you did mention your days of raving yore, what’s your signature dance move?