While my brother gears up for Super Bowl XLVIII and the “assertion of San Francisco’s indomitable athletic prowess” (his words), I’ve got my eyes on another kind of touchdown: Prince’s pajama-riffic appearance on a very special episode of New Girl. Now, just weeks before the Big Day, we get our first look at the Purple Paladin of Passion and Pizzazz and the episode based around the all-night dance parties he regularly hosts.

In the pic above (via Dr. Funkenberry), we see Prince seated between Jess (Zooey Deschanel) and Nick (Jake Johnson) in what appears to be an especially awkward moment (no doubt someone made derogatory comments about pancakes). According to the plot synopsis, a little love triangle develops, as Deschanel’s character bonds with Prince at said party. The show’s resident source of awkwardness, Johnson’s character inevitably defends his lady love by telling Prince, “It’s an honor to give you my girlfriend.” You darn tooting it is, son.

In an interview with TV Guide, show producer Dave Finkel said of Prince’s appearance, “He’s got a very quiet, wry sense of humor but he kills. There’s a moment in the episode where he’s sitting in between Zooey and Jake on a bench. And it’s a silent beef and he’s just looking between them trying to figure them out. And it’s hilarious. He has crazy comic instincts.” 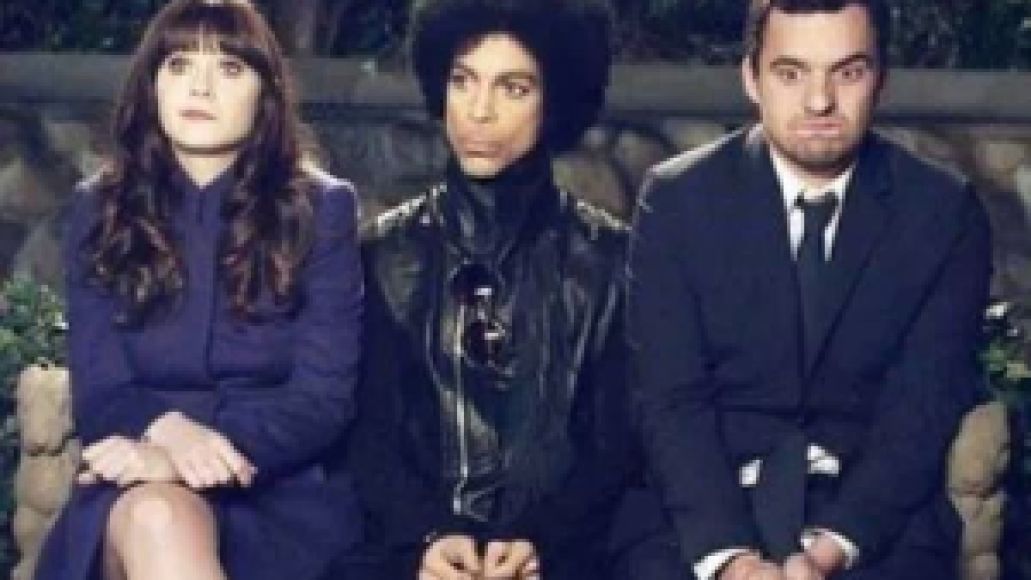 Here's Prince on the set of New Girl