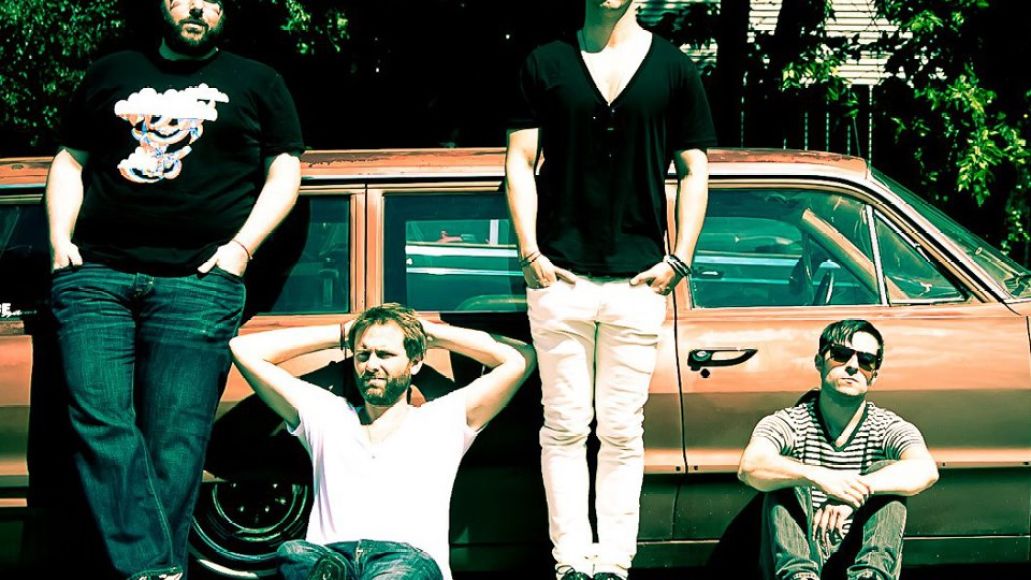 The Pass are on track to follow the terrific dance-pop of 2012’s Melt with a new album set for sometime this summer. Gearing up to the release, the Kentucky synth-rock outfit is dropping one 7-inch single a month for the next four months. Each single will be released via sonaBLAST! Records on a different colored vinyl and limited to just 500 copies. The first single hits shelves January 14th, and the band has now unveiled its A-side, “Sunny Day”.

If the new song is any indication, expect the band to beckon from the club louder than ever. Squiggly guitars recall the straighter numbers from The 1975, though still remaining very true to The Pass’ own brand of energetic dance-rock. Singer Kyle Peters shoots for Michael Angelakos-style hooks on the bridges and chorus, while displaying his full range on the highs and lows of the verses. Listen in below.

Pre-orders for a bundle of all four singles are available at The Pass’ merch site for $25. The bundle is limited to just 100 copies, and to make it even rarer, the April single will bear the purchaser’s name right on the back. Those opting for the pre-order bundle will also be entered in a drawing to win one of the four test printings for the singles.