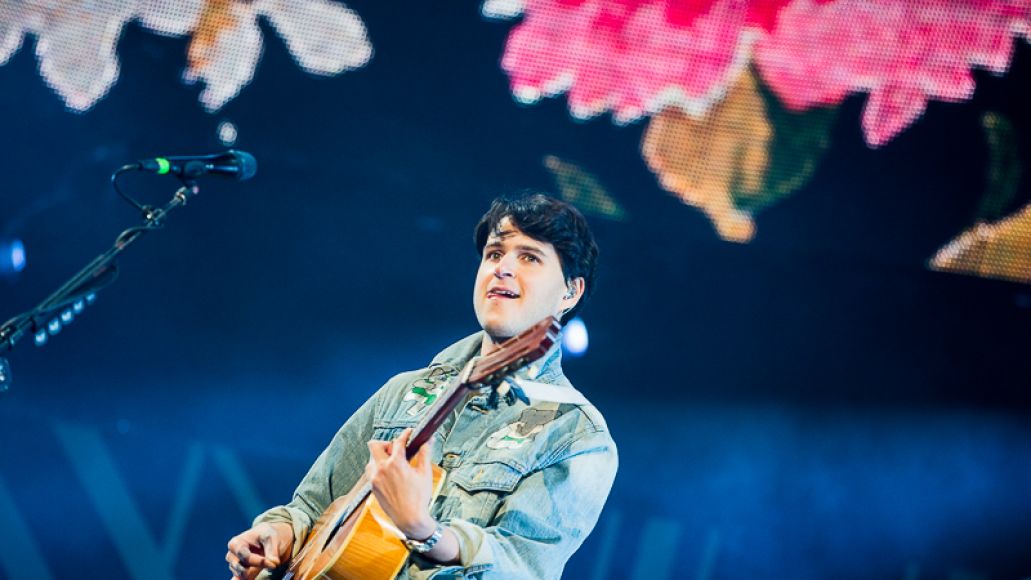 Love can cause indie bands to do crazy things, like cover neo-classical opera songs. As part of Starbucks’ new Valentine’s Day comp Sweetheart 2014, Vampire Weekend try their hand at “Con te Partirò”, the Italian love song made famous by singer Andrea Bocelli. Brimming with the afrobeat-inspired electronics heavily featured on last year’s Modern Vampires of the City, it’s quite an ambitious reworking of the original. Ezra Koening does sing in Italian, however, and he does so quite well. Listen below (via RollingStone.com).