If Brooklyn Night Bazaar, with its overpriced ethnic foods, backroom mini-golf course, and chic warehouse décor, is the indie rock equivalent of an indoor carnival, then Mac DeMarco, who performed a solo show Friday night, was the unequivocal clown of the evening.

Ambling alone out on the stage at 11:45 p.m. with only his battered old six-string and a can a beer, DeMarco, over the course of an hour-long set, gave everyone a rare peek at songs from his new record Salad Days (due out in April on Captured Tracks), while also mixing in audience favorites and deep cuts from his old act Makeout Videotape.

Though it was difficult to find anything distinct about the Salad Days material from his sparse setup, the new songs do seem more dark and brooding than anything on 2. One track, which DeMarco called “Go Easy”, placed an interesting emphasis on dynamics, his strumming pattern oscillating at times between a soft pluck and a furious slash a la King Krule. Another, tentatively titled “Chamber of Reflection”, and performed karaoke style near the end of his set, was soulful and synth-happy, reminiscent of something off Rock And Roll Nightclub yet slinkier and heavier. 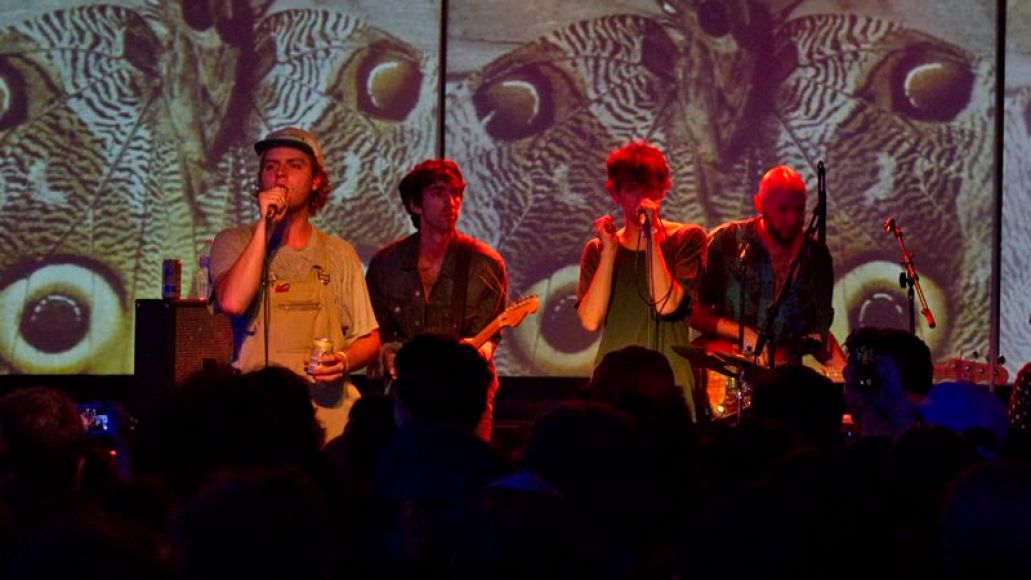 Whether or not these stripped-down versions are revealing in reference to the finished album remain to be seen. Even DeMarco himself seemed unwilling to spill any secrets. “The new record is kind of similar to 2,” he said in a post-show interview. “Same basic set-up, two guitars, a little bit different songwriting, and I started playing with the synth a little bit. And then more guitar pop songs.”

Aside from the new songs and a few well-known cuts– namely “Ode To Viceroy”, “Still Together”, and “My Kind Of Woman”– that quickly morphed into giant sing-along sessions, DeMarco’s performance was an enigmatic yet highly entertaining display of Ariel Pink-esque weirdness.

He finished his set with a raucous rendition of The Modern Lovers classic “I’m Just Beginning To Live”, featuring opening act Delicate Steve as his backing band, and a bizarre, last-minute karaoke version of “Rock N Roll Nightclub”, which ended with him crowd-surfing his way over to the dressing room area as the house lights came on. 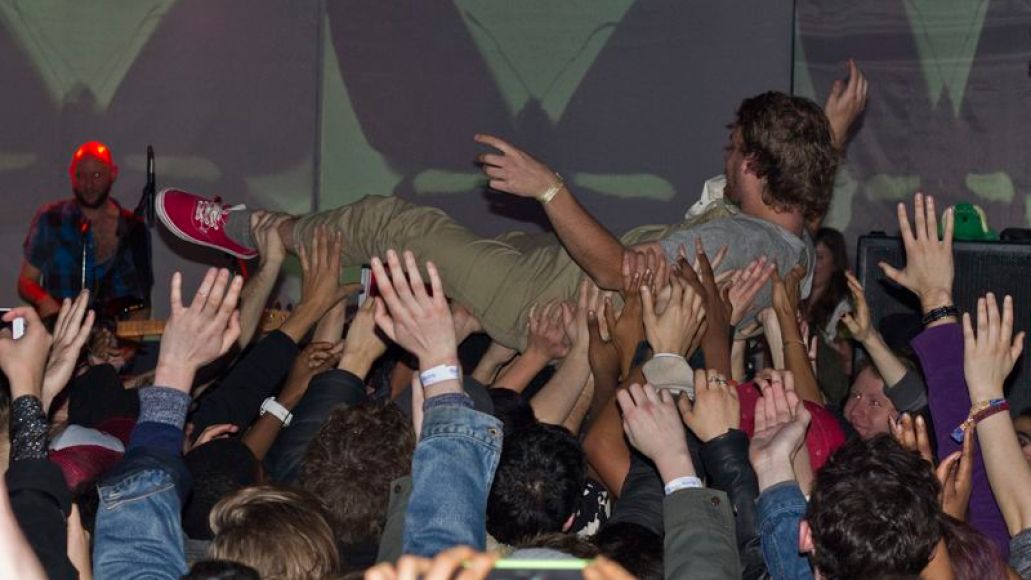 Even DeMarco admits that perhaps he baffled his audience a bit, assuming the show would draw a significantly smaller crowd and therefore serve as an opportunity to let his idiosyncrasies run wild. But still, there was a payoff for the masses: a sneak preview at one of the most highly anticipated releases of 2014.

“I think a lot of people thought my whole band was going to be here,” DeMarco said. “They were kind of like ‘uh.’ They really wanted to rock. But they got to hear a couple new songs so hopefully it was an okay tradeoff.”