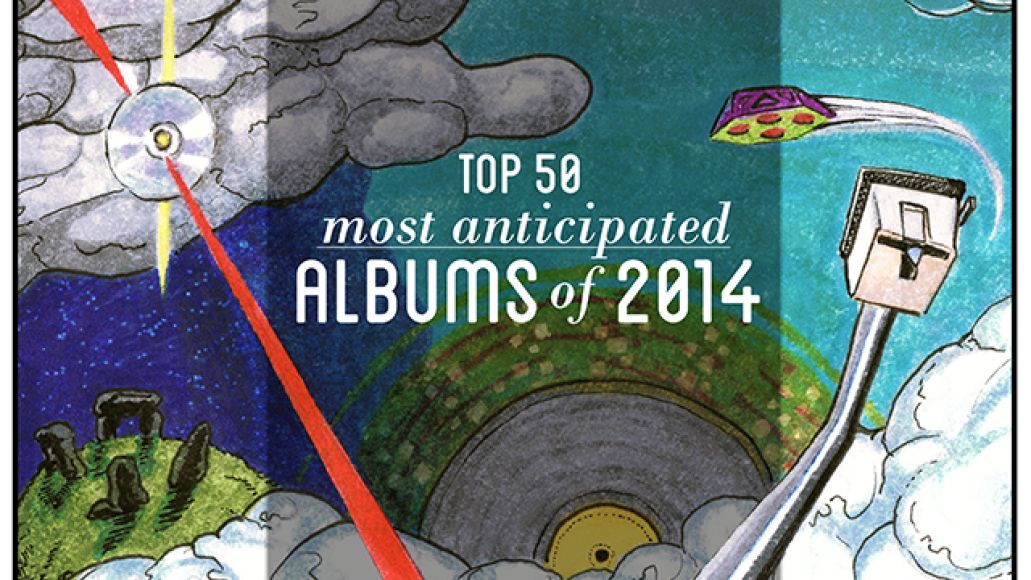 From Daft Punk to David Bowie, Arcade Fire to Kanye West, 2013 was really one for the history books. What could possibly be left to look forward to in 2014? A lot, actually. Here’s a list of 50 albums worth anticipating, plus even more honorable mentions. And just like we had no idea what was coming this time last year, the same will probably be said this time next year. Radiohead, we’re looking at you.

Stephen Malkmus and the Jicks – Wig Out at Jagbags

Stephen Malkmus consistently enthralls listeners with caustic rhythms and tongue-in-cheek rhymes. The Jicks’ sixth record, Wig Out at Jagbags, finds the band in less adult-angsty territory, following a move to Berlin, and with the responsibilities of a family in tow. While far less sprawling than previous Jicks and Pavement records, Malkmus’s wry sense of humor is thankfully far from curbed, his vocals still commanding, lyrics frustratingly intelligent, and thrash-and-release guitars familiar. You can never quarantine the past, indeed. -Paula Mejia 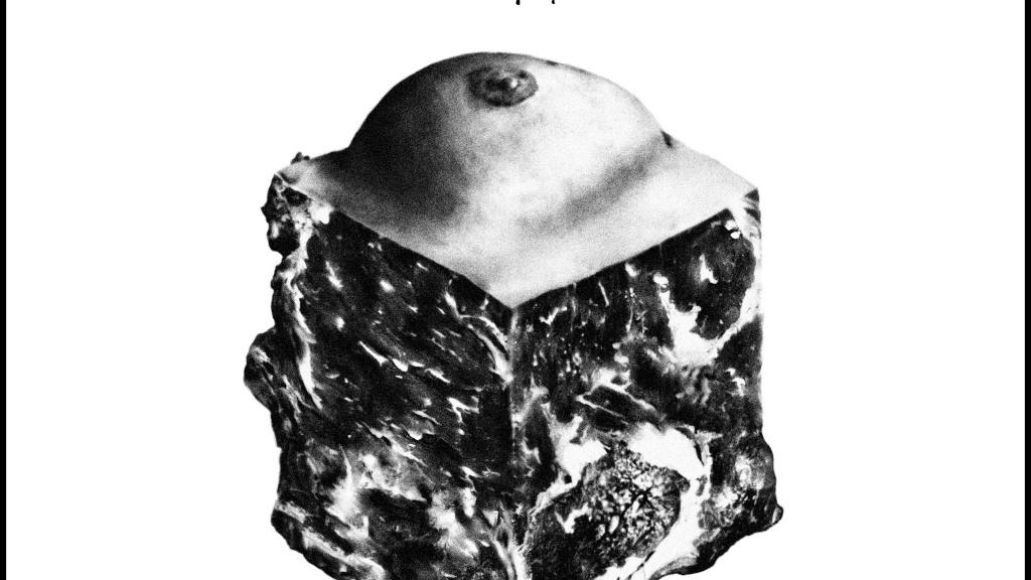 Against Me! – Transgender Dysphoria Blues

Laura Jane Grace bares it all on Transgender Dysphoria Blues, recounting the eponymous disorder that she’s coped with since a young age. We’ve already heard acoustic versions of four songs off the album, and they’re courageous recordings, putting into song what she felt during her gender transition. It’s still Against Me!, with snarling punk guitars and fist-pumping hooks, but these songs reflect on a conflict that’s intensely personal — one of pain and triumph that we can’t begin to comprehend. But we can listen to this album, try to understand, and empathize. -Jon Hadusek 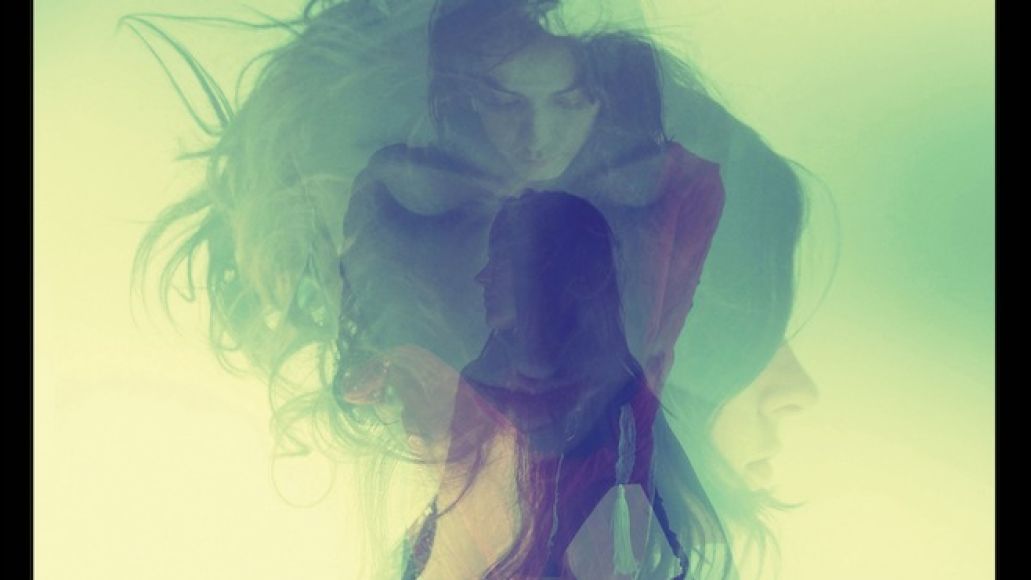 The Los Angeles-based quartet Warpaint have been quiet since the release of 2010’s mesmerizing The Fool, but the psych-femme fatales are back with their self-titled effort via Rough Trade. Warpaint picks up where The Fool left off, with spellbinding rhythms, striking guitars where shoegaze, electronic, and post-punk merge, and ominous loops that stick in your heart and head. If heady single “Biggy” is any indication, the best of 2014 lists might come earlier than expected. -Paula Mejia 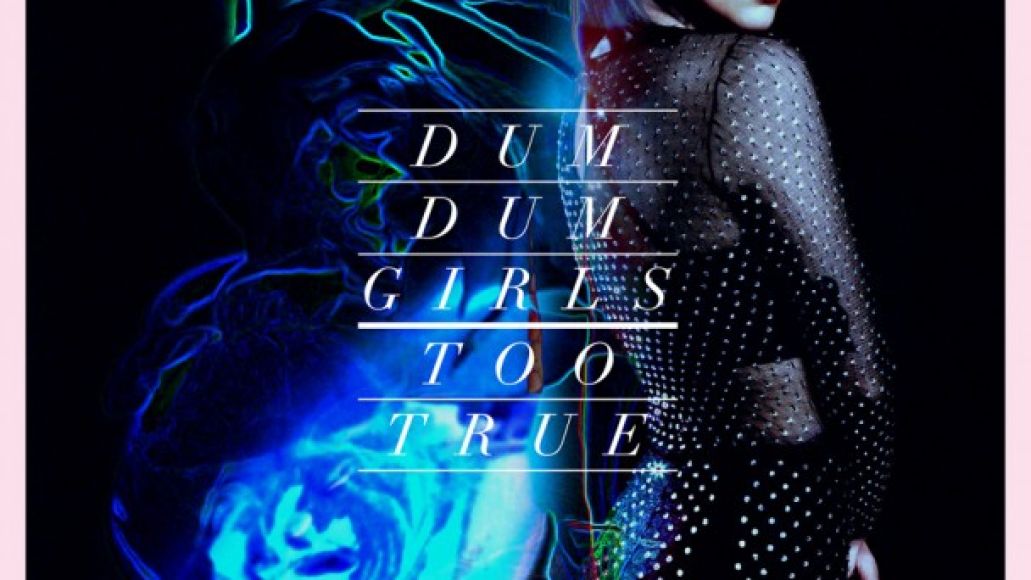 Expectations for the January release of Too True, the third studio album from Dum Dum Girls, were whetted by anthemic single “Lost Boys and Girls Club”. Dee Dee Penny fronts up in a kind of H&M meets S&M post-Garden of Eden set with a compelling vocal channeling the likes of Pat Benatar. Penny’s hiatus to allow her vocal chords to heal from the effects of excessive touring has enabled her to direct her creative energies fully into the new recordings. The song itself gives a strong hint of what should follow on the full album: dreamy yet guitar heavy, a bigger, ’80s-rooted, more mid-tempo sound. Producers Richard Gottehrer and The Raveonettes’ Sune Rose Wagner were again at the helm, while recordings were spread across Penny’s New York apartment and Hollywood’s East West Studios and Chateau Marmont. -Tony Hardy 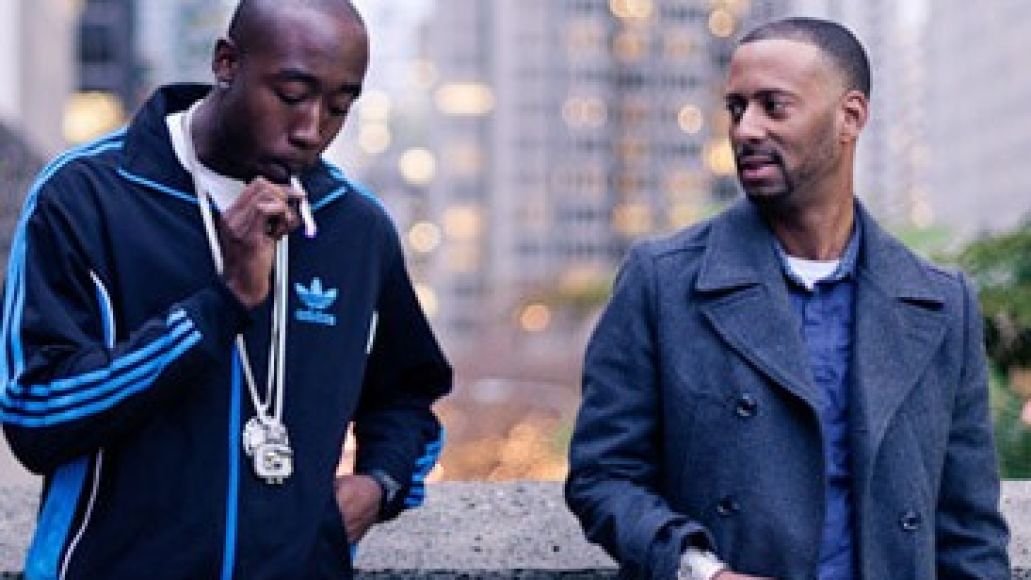 Madlib, whether self-prefixing his project titles or no, has been as reliable as they come in his chosen field. Freddie Gibbs is too, but the California producer and the Indiana rapper have rarely overlapped stylistically, with the former loving sample-heavy jigsaw beats and the latter sticking with more rugged G-rap sounds. But after the pair dropped “Thuggin’” — the 2012 single that quickly became Gibbs’ most-viewed YouTube clip, though the song was as positively ominous and detailed as the video — there was no question they were compatible. The guest-heavy Piñata, originally given the absurdist title Cocaine Piñata, will include appearances by Ab-Soul, Earl Sweatshirt, Raekwon, Danny Brown, and others. The album has been in the works for more than two years, so if you think there’s a chance that it’ll be a mere footnote in either artist’s prolific career, think again. -Mike Madden 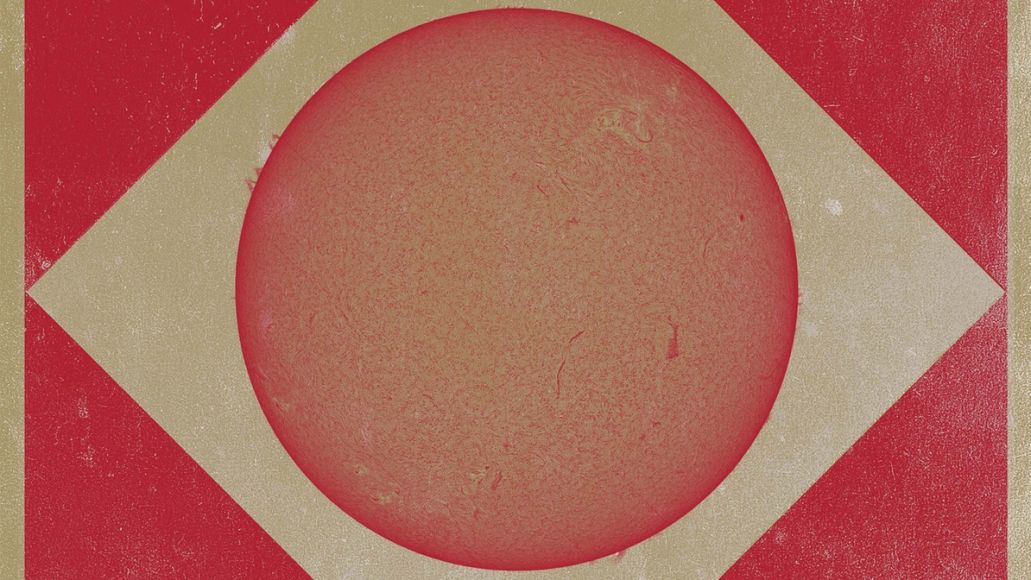 Sunn O))) and Ulver have been close, dating at least as far back as when the Norwegian black metal unit worked together on a track in the sessions for Sunn’s 2003 album, White1. That longstanding friendship is now set to culminate in a collaborative album called Terrestrials, the bone-shakingly resonant drone metal outfit and the black metal folkloric Norsemen teaming up for three improv-based tracks of what’s sure to be glacial guitar, tectonic bass, purple organ chords, and some epic vocals from Ulver’s Garm. A three-minute excerpt of “Eternal Return” tends to the airy side, scraping hiss and sterling strings, but with these two, there’s no doubt there’s some darkness and weight around the corner. -Adam Kivel 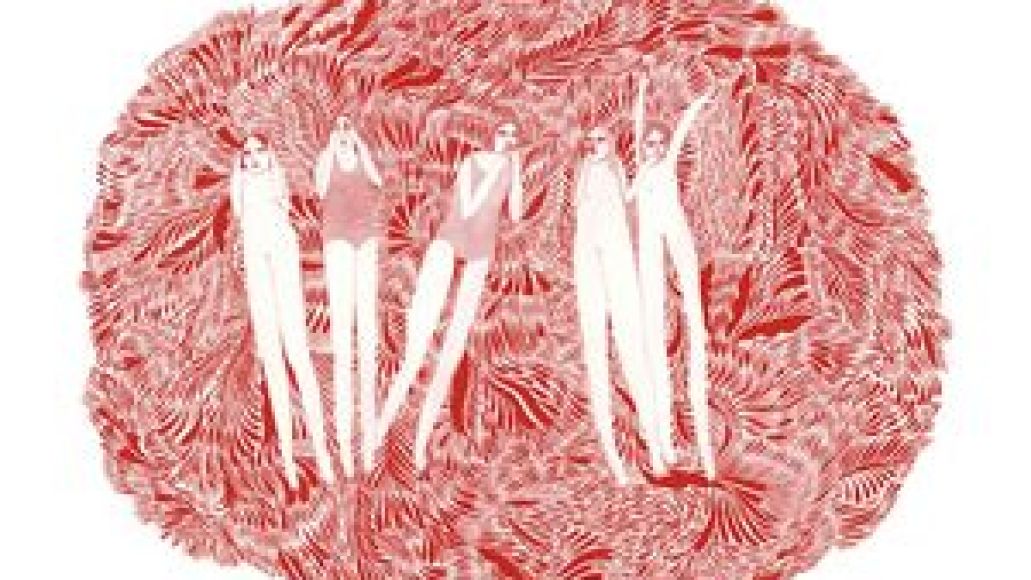 Angel Olsen – Burn Your Fire for No Witness

Angel Olsen’s second studio album, Burn Your Fire for No Witness, promises to explore new territory for the folksinger. It’s her first album with the support of a bigger label like Jagjaguwar, and lead single “Forgiven/Forgotten” sees the singer incorporating more grunge and electronic, fuzzy noise into her typically whispery tunes. Olsen’s turn to a harder, edgier sound on this album is reminiscent of the way that Sharon Van Etten incorporated more electric elements into Tramp, and it’ll be interesting to see how Olsen shapes her sound given resources beyond an acoustic guitar. Part of that transition involves having worked with John Congleton (The Walkmen, Modest Mouse, Okkervil River). -Caitlin White 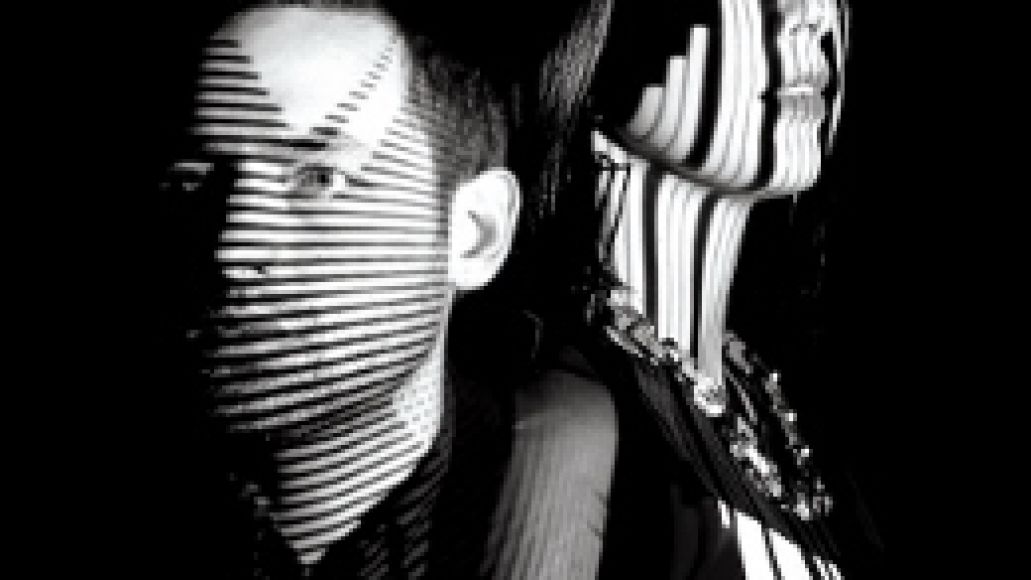 It’s been some time since Phantogram released their debut album, 2010’s Eyelid Movies. And while the New York electro-pop duo haven’t exactly been dormant since then — there was the 2011 Nightlife EP, collaborations with Big Boi and The Flaming Lips, and a recent spot on The Hunger Games soundtrack — a proper follow-up to fully showcase their growth over the years seems well overdue. Judging by the latest singles, “Black Out Days” and “Fall in Love”, both buzzing dazzlers built with a gritty, solid grasp of pop and even hip-hop, Phantogram have refined, but also welcomed refreshing new elements into their craft. Is four years too long to wait for a full-length? Not if it sounds like this. -Michelle Geslani 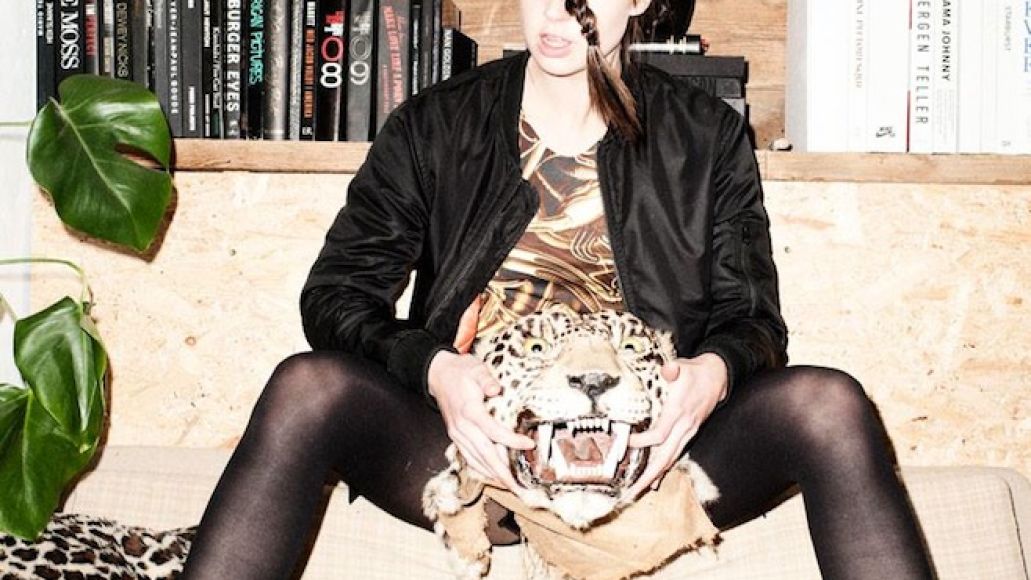 For Danish electro-pop act Karen Marie Ørsted, a.k.a. MØ, 2013 was a whirlwind of buzz-worthy success. Singles like “Glass”, “Never Wanna Know“, the Diplo-aided “XXX 88”, and “Waste of Time” (one of our favorite songs of the year, in fact) were ravaging and ravishing beat-heavy numbers that loudly announced she had officially arrived in all her stylish, DGAF glory. Now, her debut full-length — recorded and produced by No Wav’s Ronni Vindahl in Copenhagen — is poised not only to put both MØ and her appetite for pulverizing, unconventional anthems on the map, but on a path towards a more permanent stay beyond the fleeting, flavor-of-the-month hype. -Michelle Geslani 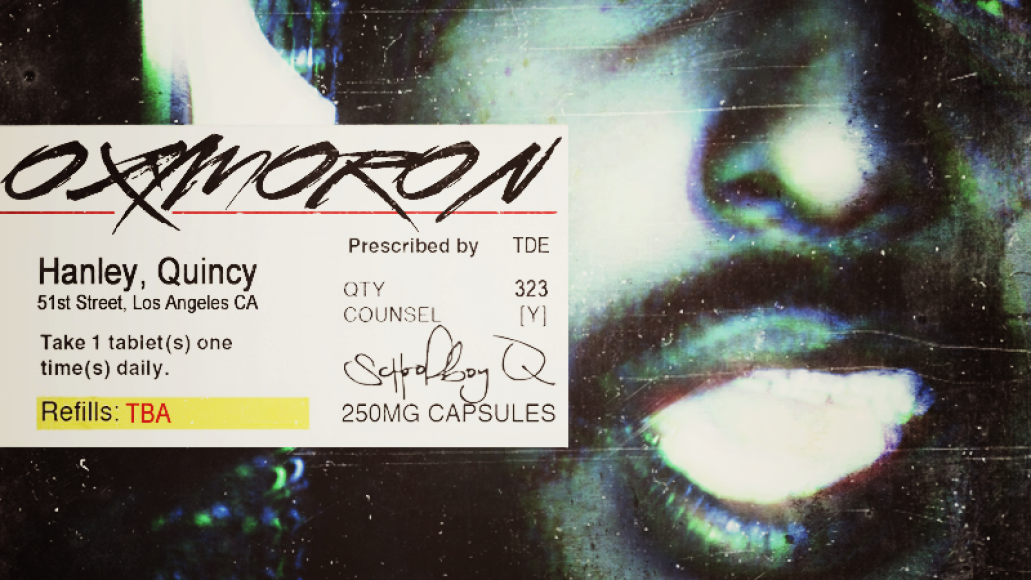 ScHoolboy Q will be the first of the Black Hippies to step up to the plate following Kendrick Lamar’s good kid, m.A.A.d city — a year and a half later. But when we’re talking about a rapper as forward-minded as Quincy Hanley, the wait is forgiven. Though his activity was sporadic, the 27-year-old had a solid 2013, starting with the incantatory “Yay Yay”, continuing with the paleontological rumble of “Collard Greens”, and then capping things with the November sleeper “Man of the Year”. But, according to the increasingly trustworthy Mac Miller, among enthusiastic others who have heard Oxymoron, “It’s better than Kendrick’s album,” so we can expect that another wave of listeners will flock to Q soon. Scheduled to make appearances on Oxymoron, a concept album about Los Angeles gang history, are Kendrick, A$AP Rocky, Ab-Soul, and Danny Brown. Production comes from Boi-1da, Pharrell, The Alchemist, and J. Cole. -Mike Madden

Listen: “Man of the Year”