Daft Punk weren’t the only musicians sporting some heavy headgear at the 2014 Grammys. Producer of the Year winner Pharrell attended the event wearing an oversized hat that pretty much stole the show. (Yes, even more so than Macklemore & Ryan Lewis’ Hip-Hop sweep).

It's going to be a good night at @TheGRAMMYs

And then came the memes… 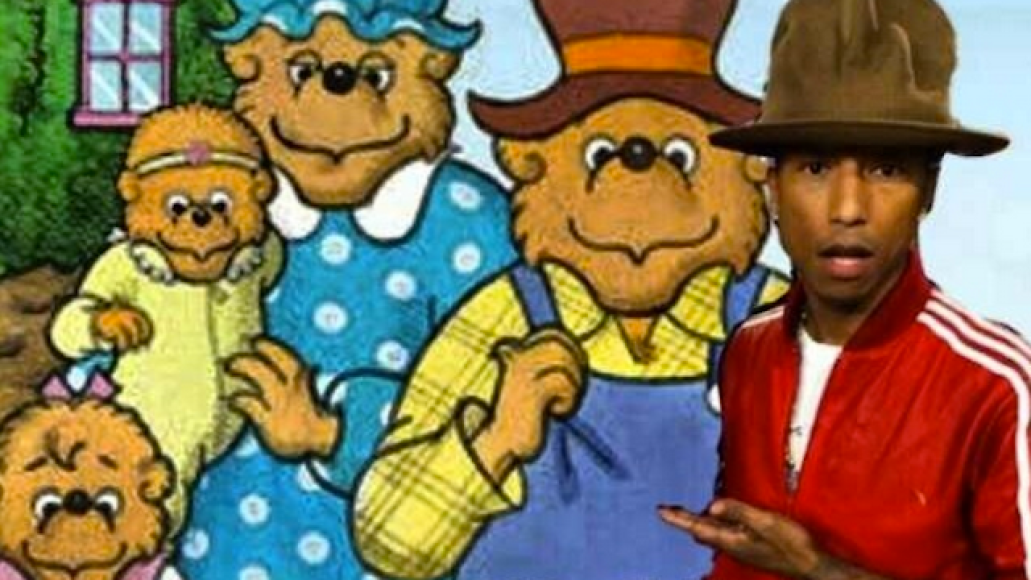 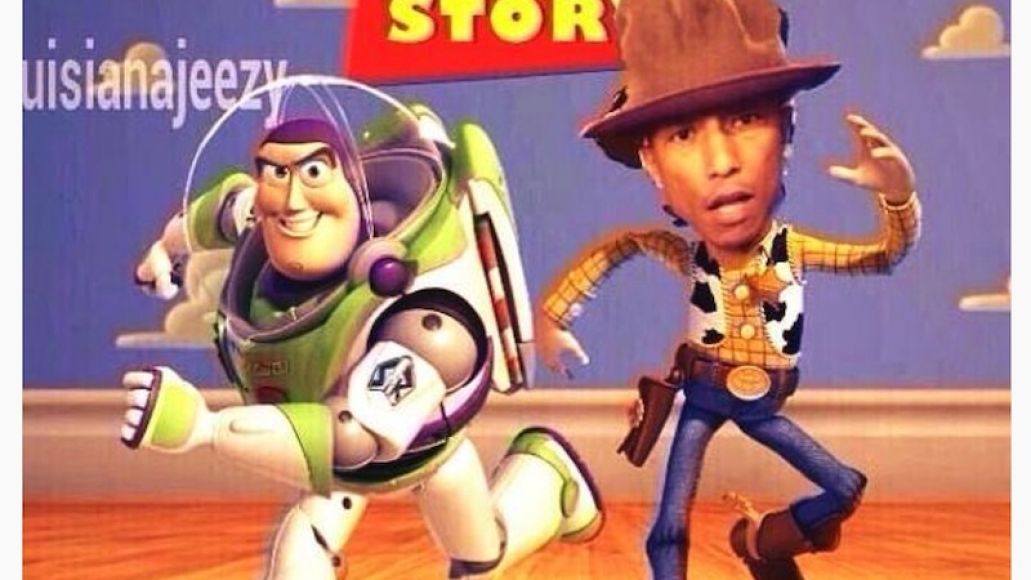 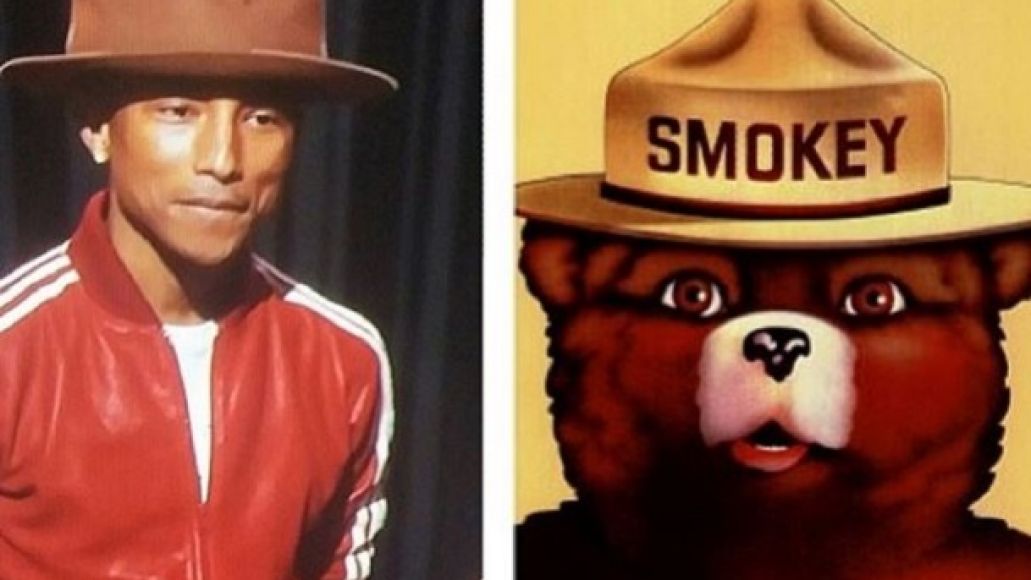 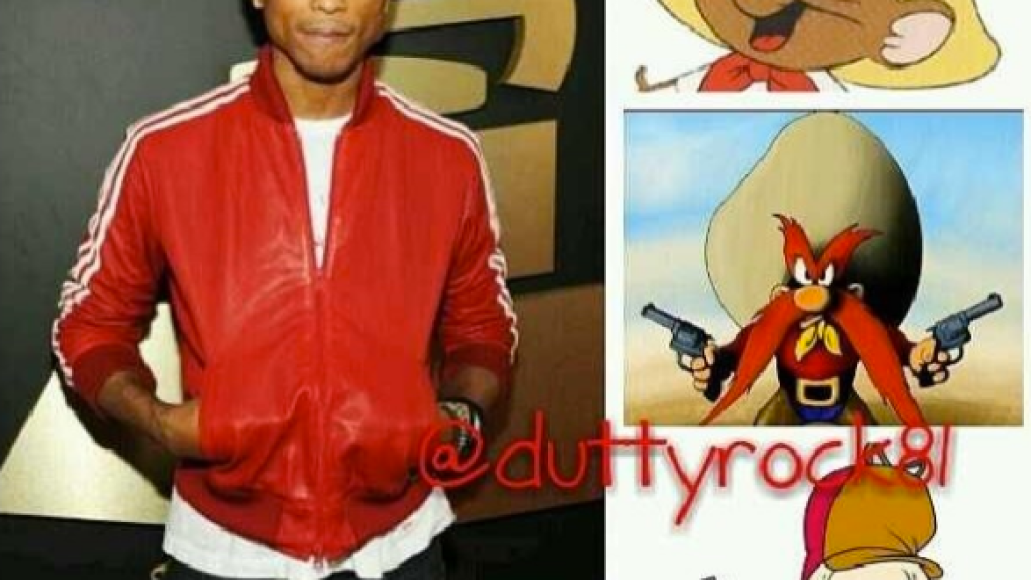 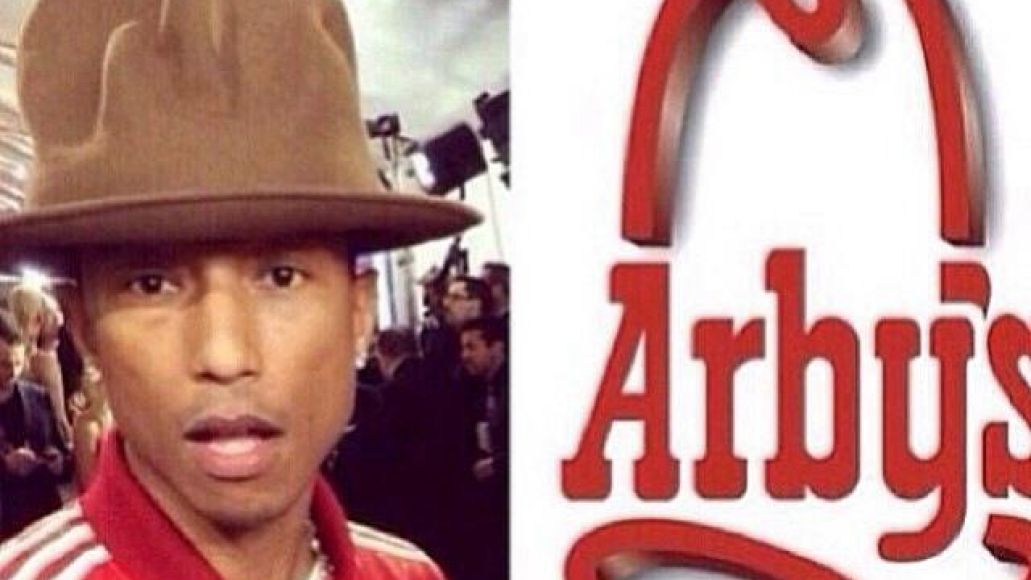 Even fast-food chain Arby’s got in on the chuckles:

Hey @Pharrell, can we have our hat back? #GRAMMYs

But alas, it turns out Pharrell wasn’t auditioning for a new Western. Nor using it as a safe storing place for late-night snacks. During a post-Grammys recap, he finally revealed the true story behind the now-legendary headpiece:

“Its Vivian Westwood, its a Buffalo hat. This gentleman by the name of Malcolm McLaren, huge history….I just liked it.”

McLaren, of course, is best known as the manager of Sex Pistols and New York Dolls, and was also a prominent visual artist and clothing designer in the 1970s and 1980s. Pharrell’s entire look, the hat and red Adidas track outfit, was inspired by the b-boys and b-girls that appear in McLaren and The World’s Famous Supreme Team’s hit music video for “Buffalo Girls”.

The story behind Pharrell's Grammy hat