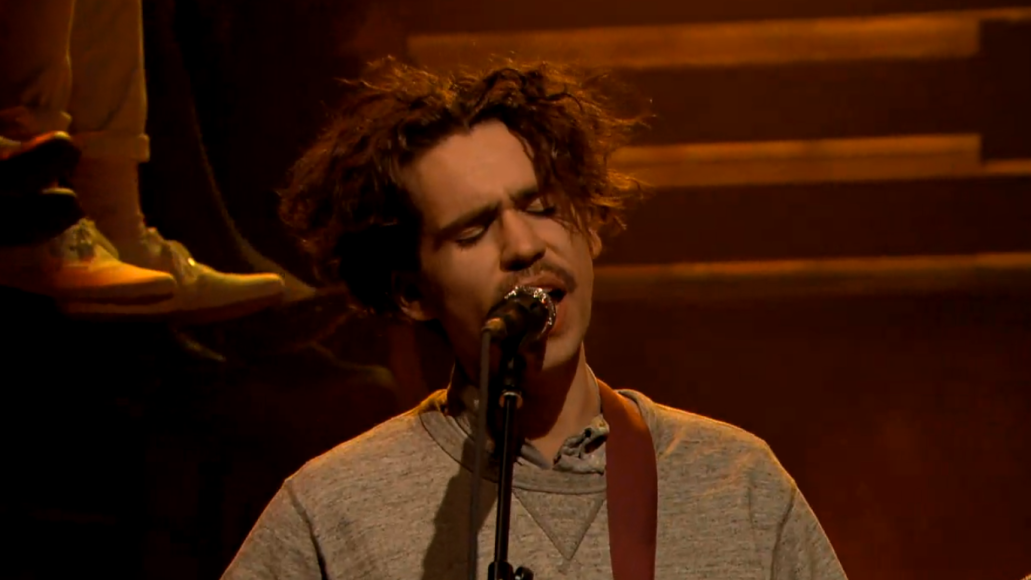 Though it’s been over a year since Brooklyn punks Parquet Courts first surfaced with their blitzing debut Light Up Gold, they’re still out on the road, piling up the miles. Last night, however, they got to play a hometown gig, and a big one at that. The band made their long overdue television debut on Late Night with Jimmy Fallon, where they offered up a a raucous performance of “Stoned and Starving”. Catch the replay below.

Parquet Courts are on the road from now through mid-February: