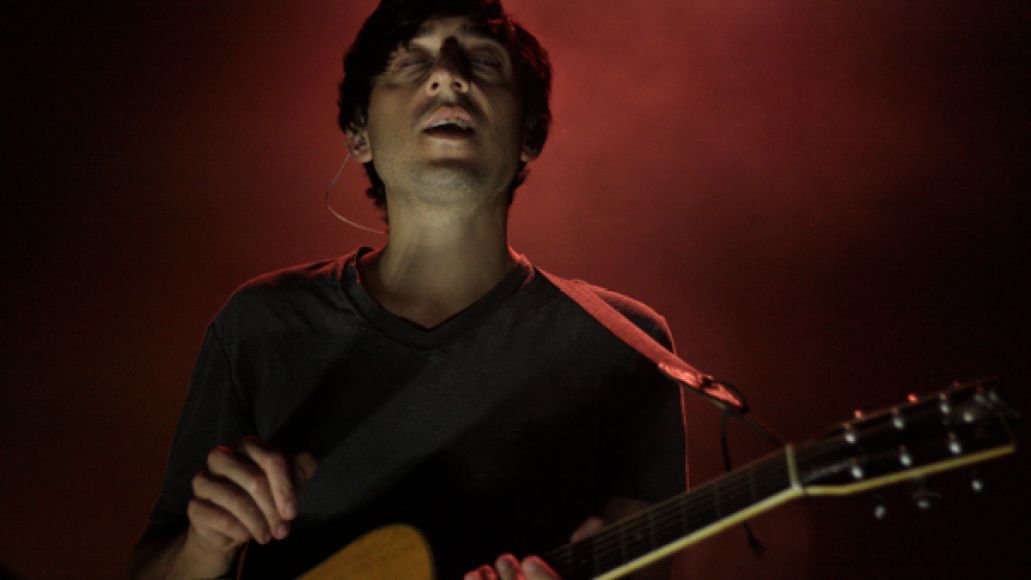 By the numbers, Grizzly Bear may not be the hardest-working band in music, but it’s hard to dispute otherwise. Since releasing Shields in 2012, they’ve performed 115 shows and festivals around the world, and released a pair of companion albums. They spent the first few days of 2014 touring Australia, culminating on Sunday night with a sold-out performance at the world famous Sydney Opera House. The 21-song, two-hour long performance was streamed live online, and you can replay it in full below. It may be your last chance to see the band perform live ever — or, at least, for a while.

In an ominously titled article “Grizzly Bear: will Australia be their last stand?”, the Guardian spoke with Grizzly Bear’s Ed Droste about the future of the band. “This is definitely the last touring we’ll do for this album before we enter into the question mark of the future,” Droste said of the Australian shows. As The Guardian explained, the band has no firm plans for the foreseeable future and both Droste and Daniel Rossen have publicly stated that they’ve found the recent era to be draining. While that may sound ominous, Droste cautioned that the band has never had a “formula” going into an album and it was his hope that the Australian shows might inspired something creatively.

“I have no clue what the future hold,” Droste said in regards to a new album. “I just know we all want to do it. There’s a desire there, it’s just a matter of figuring out the time frame and how long people need. It’s impossible to say. But I know that after Australia, I’m gonna want to jump back into it, for sure.”

In the meantime, Rossen is set to embark on his first-ever solo tour, which stretches through mid-April. Rossen is also a member of the indie super group touring No Other, the 1974 album by Byrds’ founding member Gene Clark.

Setlist:
Speak in Rounds
Adelma
Sleeping Ute
Cheerleader
Lullabye
Little Brother
Yet Again
Shift
A Simple Answer
Foreground
Gun-Shy
Ready, Able
While You Wait for the Others
On a Neck, On a Spit
What’s Wrong
Two Weeks
Half Gate
Sun in Your Eyes
Encore:
Knife
Colorado
All We Ask (Acoustic)

Watch: Grizzly Bear's final concert (for a while)