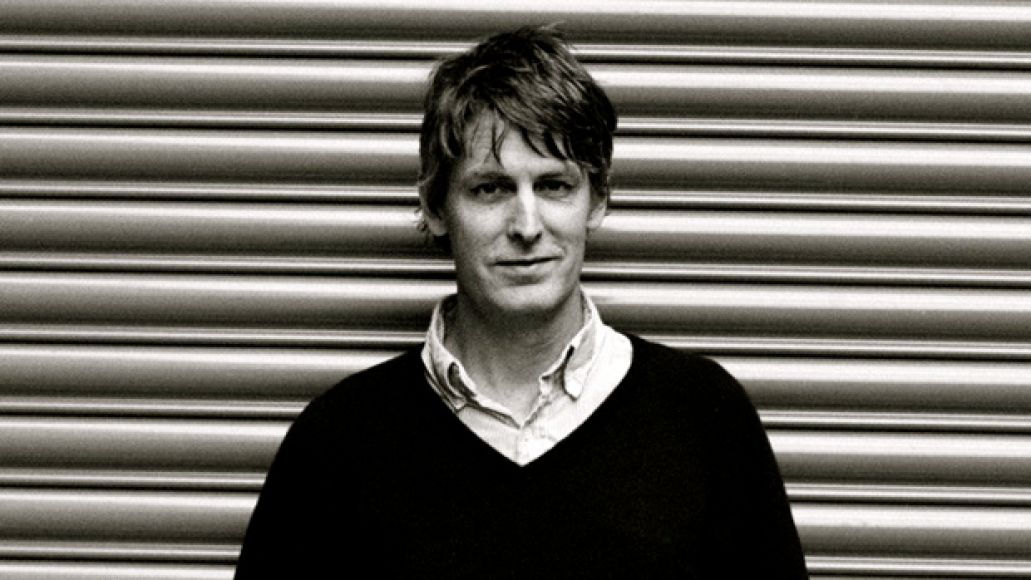 Last time we spoke with Stephen Malkmus, he was right about to move to Berlin. Now he’s back, but don’t expect any black turtlenecks or a shift toward ambient music. If anything, his time abroad caused him to further embrace the sound of his longstanding band, The Jicks, with whom he’s now released more albums than he did with Pavement. Their latest, Wig Out at Jagbags (titled after a supposedly Chicago-bred insult), leans even more heavily on classic rock grooves than 2011’s Mirror Traffic, albeit with plenty of lyrical weirdness. We called Malkmus at his home in Portland to talk about the new album, envying Vampire Weekend, and, like everyone these days, hating the Eagles.

Also, if anyone out there has contact info for the band Erazerhead, let us know in the comments section. Read the interview to find out why.

It was interesting. It was cool, going somewhere where you don’t know what you’re doing and having to adapt. So that was cool, but then we just backed out on it and came back here for a lot of stuff. Because we’re American and we understand all the shit you have to deal with in daily life better here. But yeah, Germany is a really good place, [an] easy place to live. I recommend it to anyone who wants something similar but a little bit different.

You’ve said that your time over there had a pretty profound effect on the new record. Do you mean that in an autobiographical sense?

Nah, more mood. Bands kind of exist in people’s heads, and where you do it and in what environment, it kind of rubs off. I’m not going to write some love song to some town where I spent most of my time taking the kids to school or something, you know? That’s not very rock ‘n’ roll. [Laughs.] It’s more in my mind, and really, it’s almost a reverse thing happening with the band being [from] out of town. It makes you cling to that and what you have that much more.

Would you say your overall lifestyle changed when you were out of the country? Were you going out to clubs a lot more?

Not too much. As it turned out, I inherited more friends that my partner made there through her assistants. I met some parents at the school, and there were a couple music people. I probably went out more in a certain way, just as you do in a city, in a real city. Portland’s not a real city. It’s kind of a suburban city. [In Berlin] you just spend more time out, not only going out to clubs, but just pizza places or coffee shops. 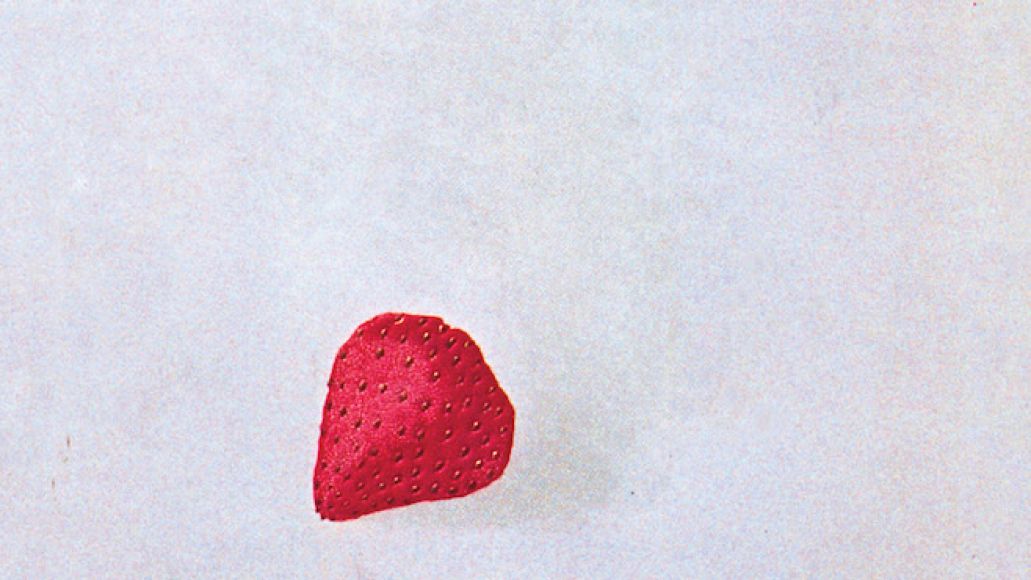 Is the title, Wig Out at Jagbags, a reference to the Dag Nasty record?

Yeah, there’s a reference. Not that it has anything to do with Dag Nasty. I’m just conscious of that album title, and it was kind of a blur of that with the concept of the “jagbag.” Since I heard [that phrase], I’ve been into jagbags. Calling people jagbags, and “I’m a jagbag.” You know, many songs are like, “Why not? Let’s try that.” That’s sort of how the album title is.

The word “jagbag” sounds like it’s in the same universe as “jick.” I know jick is a made-up word, but they both have that fun, nonsensical theme to them.

Yeah, I hear that. I know what you’re saying. It must be something that touches me, like a dozen roses does for a young lady.

The letter “j” does that for you, apparently. It’s funny because I’ve lived in Chicago for seven years, and I don’t think I’ve ever heard the term jagbag. Do you remember the exact time and place you heard it here?

Mm-hmm. A friend of mine said it. He lives in the Chicago area and claims that it’s a term from there. I don’t know that for sure. I’m just trusting him. I looked on some Internet sites and message boards, and I did see some stuff in a Chicago Blackhawks forum, some kind of political forum talking about gentrification or something in Chicago, and people were using that term. I think you can call a politician a jagbag when he’s talking out of his ass, or some sports fan that’s just railing on too much, just talking trash. So, yeah, feel free to call me on this if you want, and call me one. That’s my understanding of it, and I’ll stick to that. We have some Chicago roots. My wife is from Chicago, and [then there’s] Drag City and Touch and Go. [It’s] in our DNA.

Had your wife heard the term jagbag before the album title?

No, she hadn’t. She’s a classy lady. She doesn’t associate with jagbags on those Chicago White Sox venting boards.

It definitely sounds like a Chicago word even though I haven’t heard it. I could picture George Wendt saying it.

Absolutely. Yeah, Middle America, watered-down aspersions. It’s a little bit Catholic in that there’s no profanity in it. But you get the point. 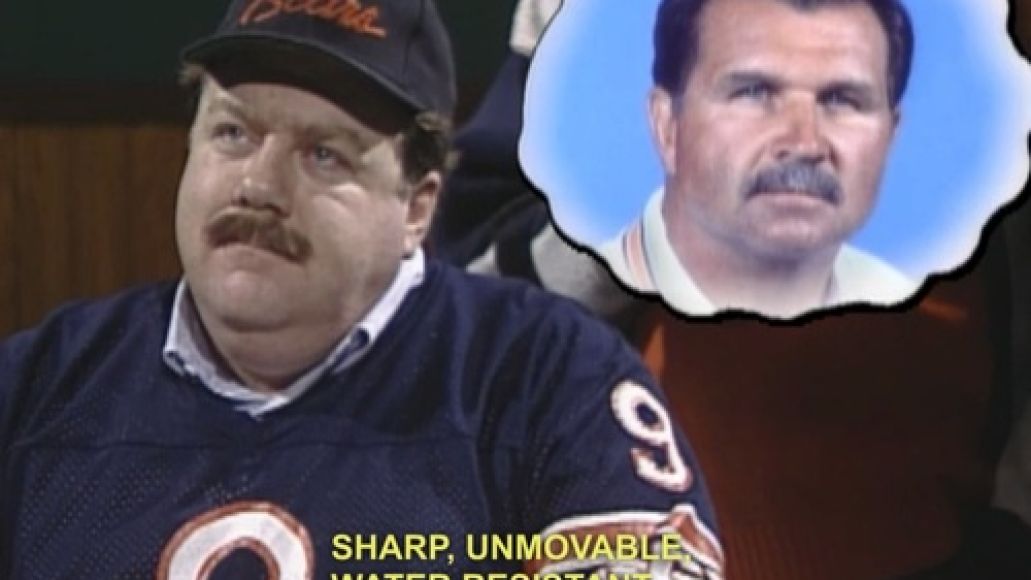 Does the album cover have any kind of significance?

The strawberry? Well, that was just when I sent out a bunch of images for cover ideas. People said that that kind of struck them. It looked a little different. It’s taken from a 19th century menu from a cruise line, like a Titanic type thing. So, that’s really all it is, and it’s not exactly what I imagine it to be. I’m sure there’s better and worse covers in the world, always. So, I don’t know.

Do you usually have a very clear idea of what your album art should be?

I try always to make personal, representative, and kind of quasi-classic-looking record covers. They’re probably going to look more harked back to the era of Queen, and Pink Floyd, and bands like that. That’s the idea anyway. I’m not going to be rocking an American Apparel graphic or something. But, you know, I also appreciate some newer styles and try to keep my head in the game.

Wigging Out with Stephen Malkmus