Memphis, TN’s Beale Street Music Festival has revealed its lineup for 2014. The three-day fest will take at Tom Lee Park on May 2nd – 4th.

The incredibly eclectic lineup is topped by Foster the People, Motörhead, Alabama Shakes, Pretty Lights, Avenged Sevenfold, and Kid Rock. It just gets crazier from there, as Snoop Dogg AKA Snoop Lion, Joan Jett & The Blackhearts, The String Cheese Incident, STS9, Jerry Lee Lewis, Grouplove, Bone Thugs-N-Harmoy, 311, Juicy J, and Wolfmother are also on the bill.

If there’s a more off-the-wall looking lineup this summer, I challenge you to find it. Three-day passes for Beale Street are only $85, single day come in at $35, and they’re on sale via Ticketmaster. 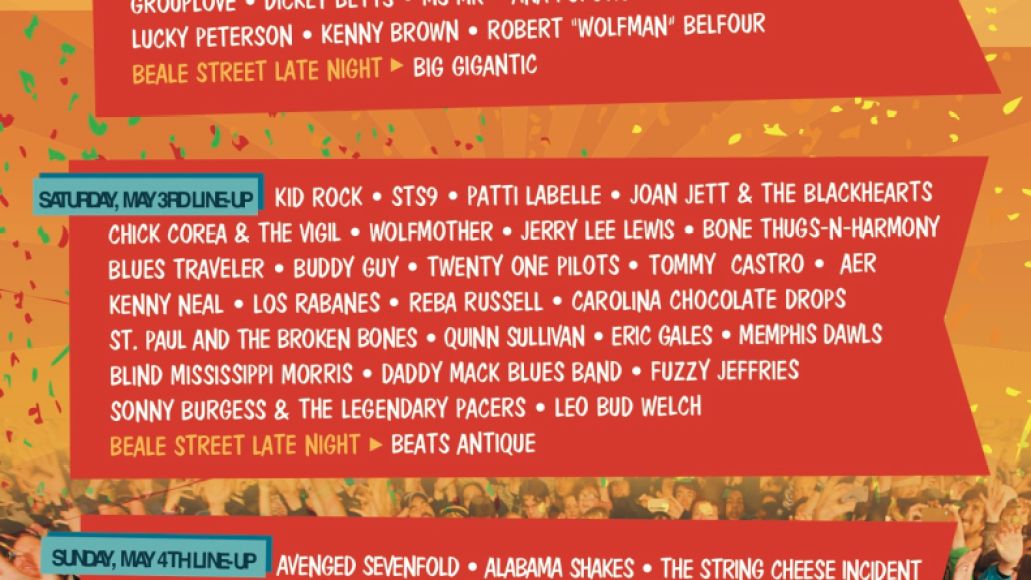