Philadelphia’s Bleeding Rainbow (formerly Reading Rainbow) understands the importance of adapting. After years of being forced into tired storylines (they must be twee since they’re another husband-and-wife duo; they must not be serious since their name appears to be an ironic homage to children’s television), they persisted, expanded their lineup, tweaked their name, and ultimately manifested their own story. They’re one of the most consistent and hardest working noise rock groups out on the road today.

The quartet, fronted by spouses Sarah Everton and Rob Garcia and rounded out by lead guitarist Al Creedon and new drummer Ashley Arnwine, release Interrupt this week, their fourth album in almost as many years (on top of a vast collection of B-sides). They spoke to Consequence of Sound staff writer Steven Arroyo in their van after a run to their beloved Whole Foods right before a recent show at Chicago’s Emporium.

I understand you guys are health nuts. How do you think you benefit from being health-conscious participants in a largely health-apathetic culture? Does it keep you going, or do you find it affects you creatively too?

Sarah Everton: I think so. I agree with both of those things. I think it makes it easier to not burn out so fast. It’s not like we play basement shows all the time, because if we did, we would get really burnt out regardless. But if we were like, aw man, we’re on tour, let’s stay out ‘til 5:00 a.m. every night and drink…

SE: I got shingles last tour! I was really stressed out and stuff.

RG: We’ve been in a band and touring so long that you can’t act like that.

SE: Yeah, I couldn’t act like that. I don’t smoke weed anymore because I just can’t handle it. I just had to recognize that. People can handle different drugs. I can’t handle smoking weed anymore. 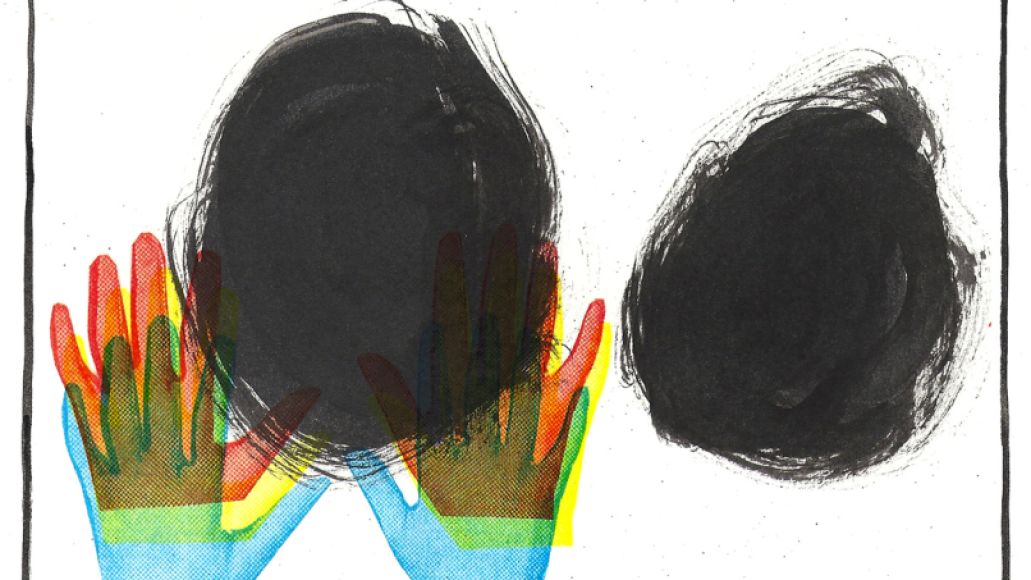 RG: When we started, it wasn’t going to be more than just playing two shows that we had planned that another band we were in couldn’t do. So, we were going to play these two shows as a different band, and we recorded an eight-song cassette tape, and it was a joke when we first started.

RG: Yeah, we were just doing it because we wanted to do something else. We were really excited about it. It was actually Todd [Novak] from Hozac [Records] who gave us the idea to change the name to Bleeding Rainbow. Because when our album came out back then on Hozac, we were like, should we change the name? What if we get sued? He was like, change the name to Bleeding Brainglow. We were like, “That’s awesome!” And we’d done stuff with the word “brainglow” before, because that’s fucking awesome. And then we just did Bleeding Rainbow. And we think of it as like how colors bleed.

SE: Some people take it very weirdly literal. They think it’s super goth, like stabbing a rainbow with a knife, and it bleeding.

What lessons come to mind that you’ve extracted from this second phase?

SE: Oh, man. Well, one thing is you just can’t skip due-paying. When we were a two-piece, it was really easy to just travel around in a station wagon, not lose any money on any tour, actually make money. It was like a vacation. We were like, “Man, this is great!” And then as soon as we wanted to expand and play with a four-piece, all of a sudden we had to get a van, and it was a lot more serious. We had all the typical band problems of van issues and stuff like that.

RG: But also in that period where we wanted to transition from a two-piece into something bigger, we knew we had to change something because how far could we go as a two-piece playing these simple punk songs? You can’t take it so far unless you want to be Japandroids, or Matt & Kim, or something just kind of gimmicky, because there’s only so far you can go. We knew we needed to try something.

So with Yeah Right, that was kind of us exploring what our options were with having more people in the band. After touring with Yeah Right, we figured out what our limits and strengths were, and how to exploit those strengths and make them stronger. Interrupt was us coming into our own. We finally understand how we work as a four-piece. So, as we move forward, shit’s just going to be really great because I feel like we’re hitting a really great stride right now. 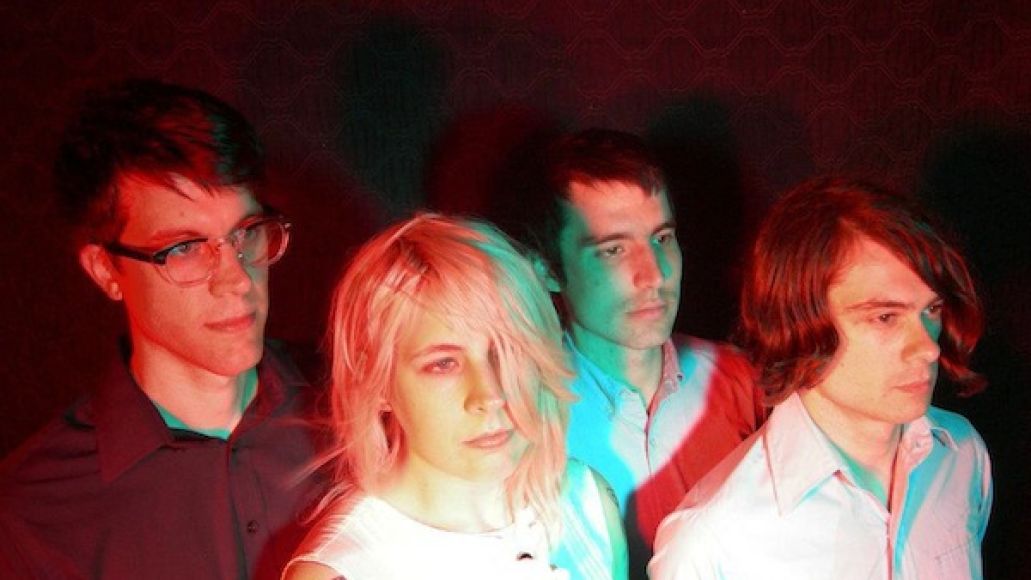 How do you think Interrupt changes the Bleeding Rainbow trajectory?

SE: I feel like every album we do, without being over-thought, is a natural reaction to what we did before. Not like, “We did that before, now we’re going to do the opposite.” More like, “We did this for a while, now we’re interested in this.” For Yeah Right, that was a whole ordeal where we recorded in two different studios, and we started as a three-piece and ended as a four-piece.

RG: It took months to record it. And recording with layers and layers of stuff over time. So, with Interrupt, we wanted to just make everything to the point. So, even with songwriting, everything was kind of streamlined. And the recording process was the same way. We recorded it all live, except for the vocals. It was recorded and mixed in 11 days. We didn’t fuck around, compared to all the stress and craziness that went into the last album. That also came as touring as a four-piece and learning how to play as a new lineup. It just felt natural and strong.

Al Creedon: Yeah, it felt natural. I don’t think there’s a right way or wrong way. I admire Yeah Right and Interrupt equally. I don’t think one trumps the other. We just kind of do what we want at the time. We wanted something quick and to the point, so that’s what we did.

I think, oftentimes, with bands such as yourself that have the motor to put out roughly an album per year, the goal is never as simple as just making each new album better in quality than the last one.

AC: I kind of think of Yo La Tengo, where they just have this body of work. They’re just doing album after album of quality stuff, and it always changes, but they’re never trying to one-up themselves.

RG: And to be able to play music, to make a life out of it, is our dream. So, we’re always trying to push ourselves and do the next thing. As soon as we get back from this tour, we’re going to SXSW, we’re going to try to finish all the songs for another EP that will hopefully come out in the fall. It’s turned into this series where we’ll go into the studio and record a couple songs for an EP, and then we’re like, “Let’s do like four more and make an album!” [laughs] And then it turns into an album. But the goal right now, I guess, is to do an EP. But yeah, constantly moving forward. I just want to play music.

You guys play very loud. Speaking of being health nuts, are you protective of your hearing?

RG: Al has tinnitus already, which is that constant ringing in your ears.

SE: I have it a little bit.

AC: I think at one point we all got it, but I got it first, and we were like, “We all have to wear earplugs.”

SE: But you know what, sound also enters through your skull. So there’s only so much protection you can get.

RG: But I mean, even just touring for five or six months at a time, you fuck with your hearing so bad. Not just your own playing but watching other bands play. Everybody has the molded earplugs too.