Following its massive, earth-shattering lineup in 2009, Bonnaroo went through a bit of a swoon soon after with lineups that were good, but not great. When Coachella scored Gorillaz, Thom Yorke, and Pavement in 2010, Bonnaroo answered with Kings of Leon, Dave Matthews Band, and Tenacious D. In 2011, Eminem lip-synced and in 2012, they booked Red Hot Chili Peppers. All music festivals have misses, but Bonnaroo isn’t just any ol’ music festival. It’s our Glastonbury and we have expectations, dammit. This is the festival, after all, that gave us Radiohead’s most memorable live performance to date, where The White Stripes headlined for the first time, and which once featured Springsteen, Phish, Beastie Boys, Nine Inch Nails, and David Byrne as its top five.

So when Bonnaroo dropped its lineup in 2013, our little group of festival fanatics here at CoS breathed a sigh of relief. Paul McCartney, Tom Petty… and one of the best middle-tiers ever seen by human eyes? They could have booked Mumford and Sons to play 14 sets that weekend and still would have earned Festival of the Year. All was right again in the world and in 2014, earth is still spinning properly on its axis.

I’m tired of talking about Kanye, but here’s the thing: he’s good. Damn good. His performance at Coachella is already something of legend and if you don’t think the guy is going to pour his entire heart into this Bonnaroo performance, you need to go and watch this performance. So they didn’t get OutKast… I don’t blame them. You’ll have 40 other chances to see Andre and Big Boi rattle through the same 25-song set. You get few chances to see a living legend at his or her prime. 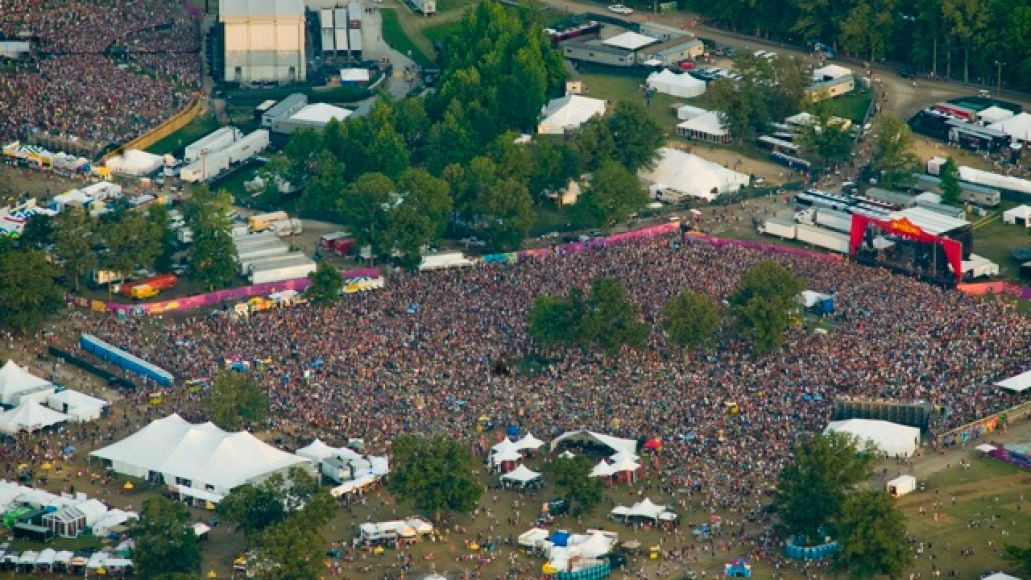 And that’s not even the best part of this year’s lineup. Ahem, Jack White. If you think for a second that Jack will hit the What Stage, play a 90-minute set, then hop into his Jeep Cherokee and roll back to Nashville, I have some MySpace stock to sell you. If I had to guess, Superjam “?” = Superjam “Jack White” and if that proves true, imagine the possibilities: The Raconteurs, The Dead Weather, Meg….. Ryan spoken word set.

Elton John and Lionel Richie? Two other living legends with live chops like few others. Our 2013 Live Act of the Year Phoenix HEADLINED Coachella last year; they’re listed seventh on Bonnaroo’s lineup. Damon Albarn — the man who brought us Blur and Gorillaz — will likely play Blur and Gorillaz songs. Arctic Monkeys? They seem to get bigger with each passing hour. The same can be said about Vampire Weekend. All in all, there are like nine worthy headliners on this year’s lineup.

Wiz Khalifa and a few other hiccups aren’t enough to take away from what is otherwise an A+ bill. Last night, I said Bonnaroo is an early favorite to repeat as Festival of the Year in 2014 and 24 hours later, I stand by that opinion.

Click through the following pages to see our choices for Bonnaroo’s top highlights, surprises, omissions, and least interesting acts