Yesterday, Kurt Cobain’s hometown of Aberdeen, WA celebrated Kurt Cobain Day. The festivities included a live concert and a special appearance from Cobain’s guitar teacher. A statue of the Nirvana legend was also revealed in the town’s museum. That’s a picture of it above. 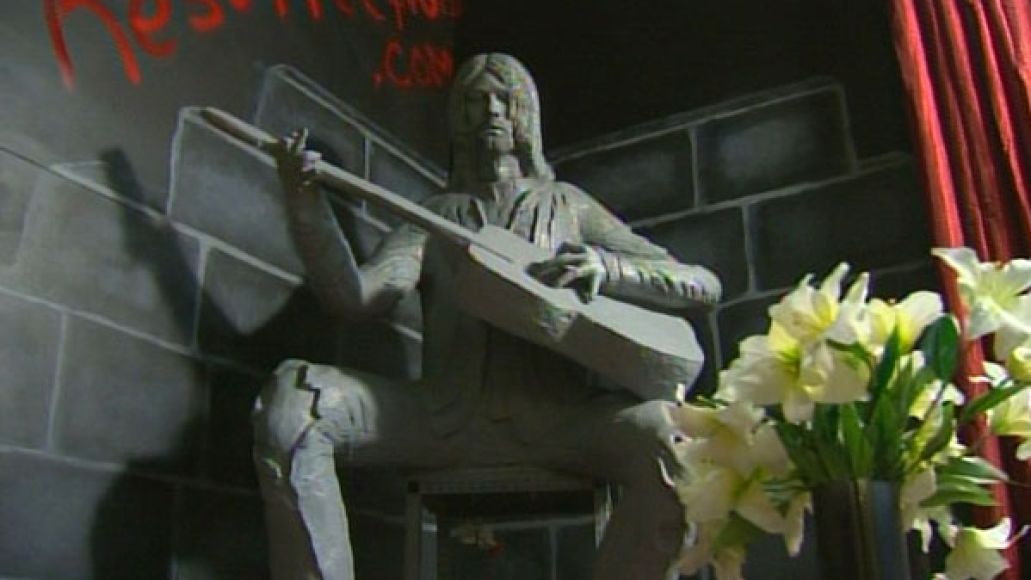 As Stereogum points out, local news channel King 5 did a report on the day’s events. As it turns out, not everyone is a fan of Kurt Cobain Day, especially anchor Dennis Bounds, who introduced Cobain not as “Nirvana frontman and newly inducted Rock and Roll Hall of Fame member,” but rather as “the well known heroin addict who shot himself 20 years ago.” The report itself wasn’t much better, as it included an interview with a random fan and focused way too much on Cobain’s vices than his many contributions. Cobain was “not exactly George Washington,” the reporter so brilliantly noted.

But if you’re in need of a few good chuckles, watch it below.

Personally, I’m more of a fan of Rock it Out! Blog’s recent segment on Kurt Cobain Day, but I am biased.

Kurt Cobain statue unveiled in his hometown, and it's kind of terrible