After over a decade apart, Cibo Matto reunited for a brief run of shows and then stayed mostly silent until the release of Hotel Valentine, their first album in 15 years. Despite being a recently reunited group from the ’90s, the Los Angeles visit by the food-fixated Japanese expatriates was anything but yet another nostalgia trip.

Starting with “Sugar Water”, Cibo Matto instilled a sensation of mystery with Miho Hatori’s whispered coos while Yuka Honda triggered beats that sounded as enigmatic as when we first heard them in Michel Gondry’s innovative split-screen backwards-and-forwards video. Or for the less hip of us, when Buffy seductively teased Xander at The Bronze nearly 20 years ago. If Cibo Matto’s set had been a multi-course meal, “Sugar Water” would have been the opening cocktail.

Old favorites such as the dreamy, seductive “Moonchild”, a loungy take on the in-your-face venom of “Beef Jerky,” and the aforementioned “Sugar Water” are more than enough to trigger a flashback to the past, but the trip never comes. Despite the age of the songs and any emotional history associated with them, nostalgia never ensues. The impossibly endearing, attention-seizing Hatori pulled the crowd along with infectious enthusiasm as if to forge new memories and feelings. And yes, during “Sci-Fi Wasabi” she changed the year on her signature “CIBO MATTO 1999!” exclamation before declaring herself to be “straight outta purgatory.” 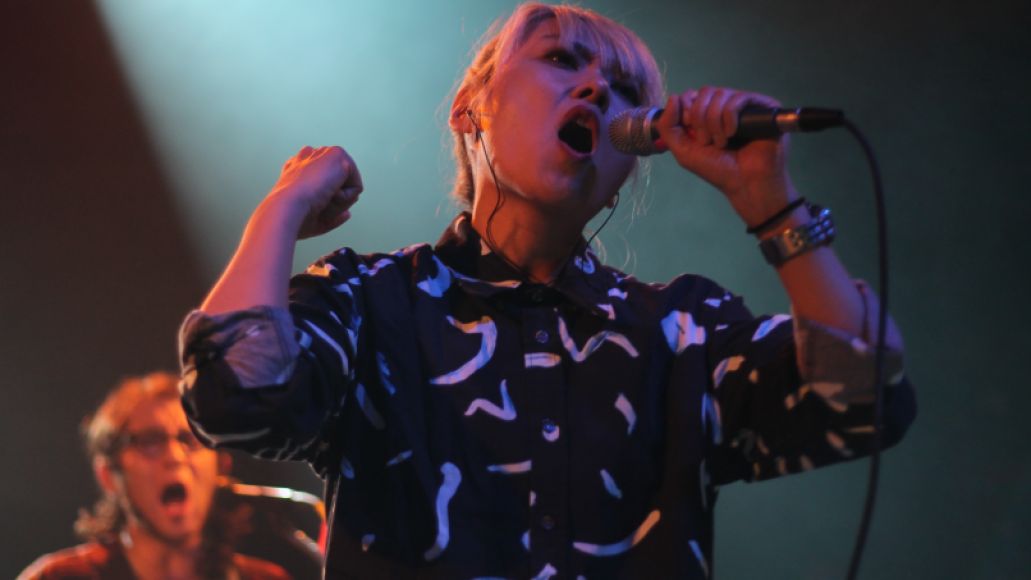 A trip down memory lane or even a touch of ’90s nostalgia was not on the menu because Cibo Matto has always worked out of time, never belonging to any specific era or even genre thanks to their unique eccentricity. That tradition of being an anachronistic anomaly continued thanks to the strength of the duo’s Hotel Valentine numbers. Returning to the idea of the Cibo Matto live experience as feast, the funky, psychedelic “MFN” was akin to gorging on bowls of that brightly colored frosting from Hook and then having a food fight. Especially revelatory was their enthusiastic spin on “10th Floor Ghost Girl,” the kind of punchy, jazz-infused dance-along that David Byrne dreams about.

Between the eerie atmospherics of “Empty Pool” and the playful glee of “Housekeeping”, which featured Hatori and Honda rapping and grooving along in official Hotel Valentine maid outfits, Cibo Matto continued to be unpredictable and impossible to categorize. Sing-along finale “Birthday Cake” contained the message behind the magic of the band within its comedic lyrics. Just as the song’s narrator mixes moldy milk, sugar, salt, and MSG to make a cake, Cibo Matto blend the disparate and throw in elements that shouldn’t work together for a treat that’s both delicious and filling. 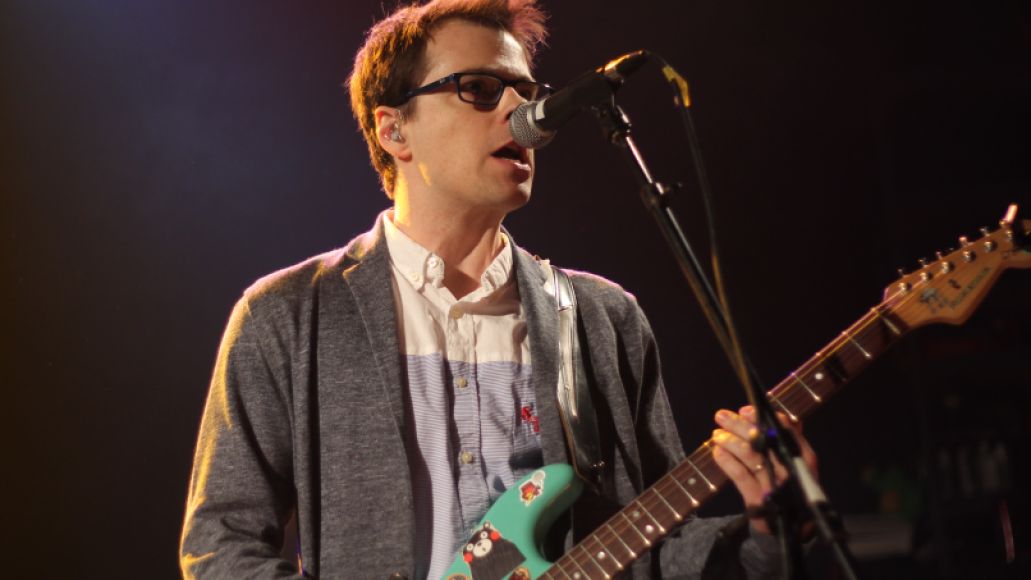 Supporting Cibo Matto was New York’s Salt Cathedral, who mesmerized with a brand of synth-driven pop that recalled Björk, Braids, and Grimes in equal measure, except with a deep, hard-hitting percussive side. Opening the evening was Scott & Rivers, a Japanese language project from Allister’s Scott Murphy and Weezer’s Rivers Cuomo. As expected, Scott & Rivers and company unleashed a half-hour of anthemic power pop that sounded a lot like Weezer, except in Japanese. Throughout the set, Cuomo was in full nerd-gone-rock star mode, flashing his best o-faces and frequently stepping to the front of the stage to the delight of exuberant fans in the front row. It was an especially entertaining diversion, peaking with a Japanese cover of none other than “Buddy Holly”. 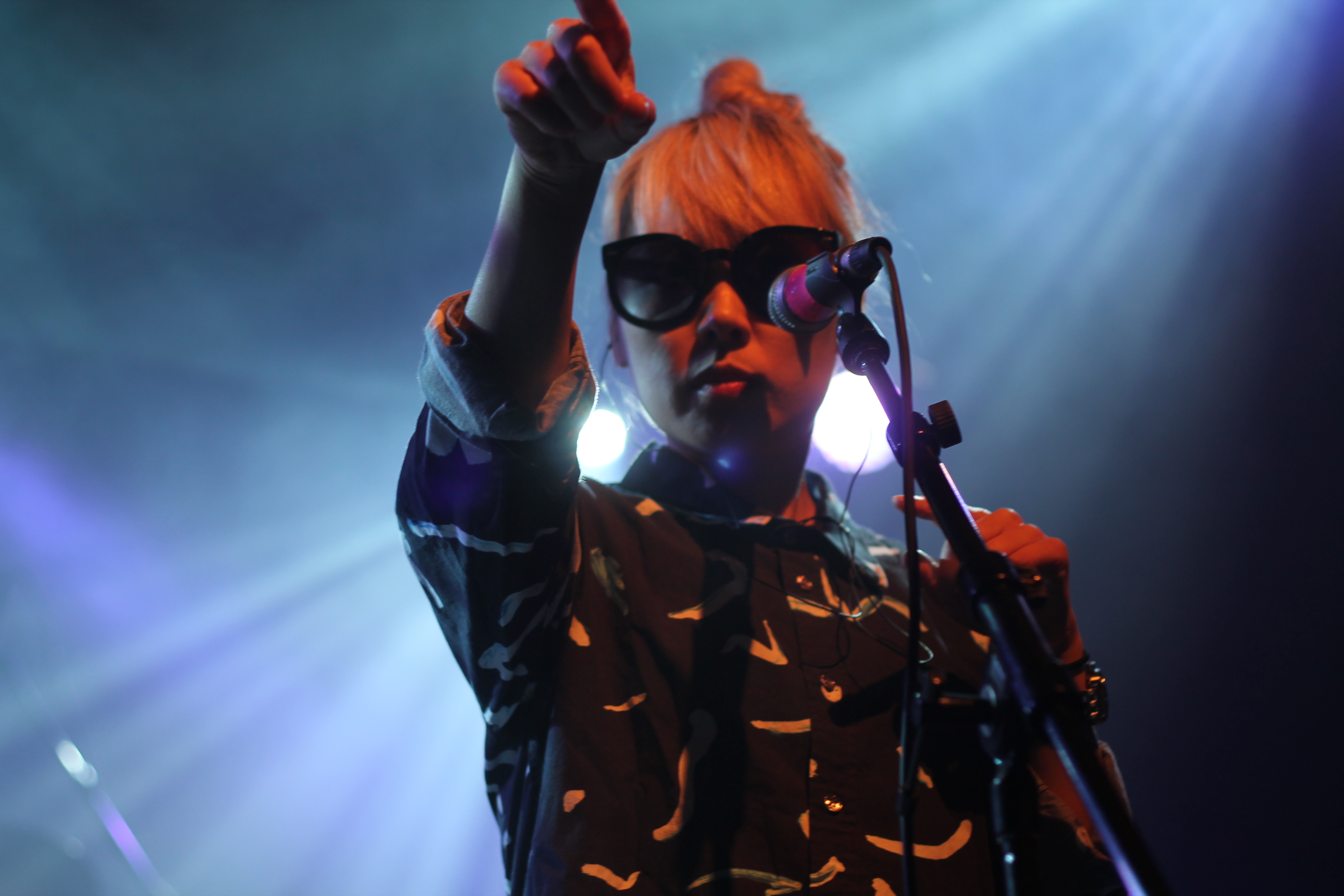 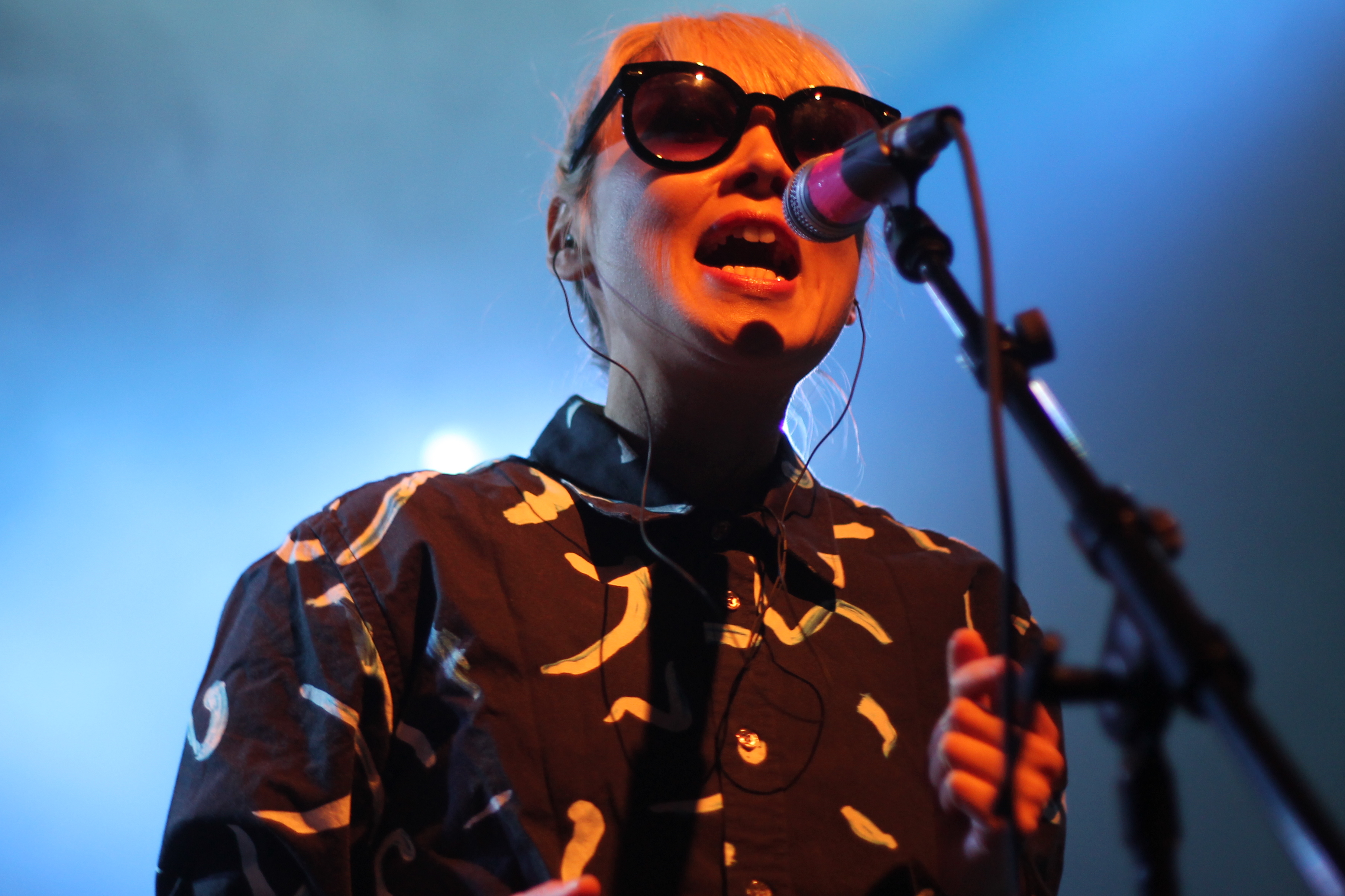 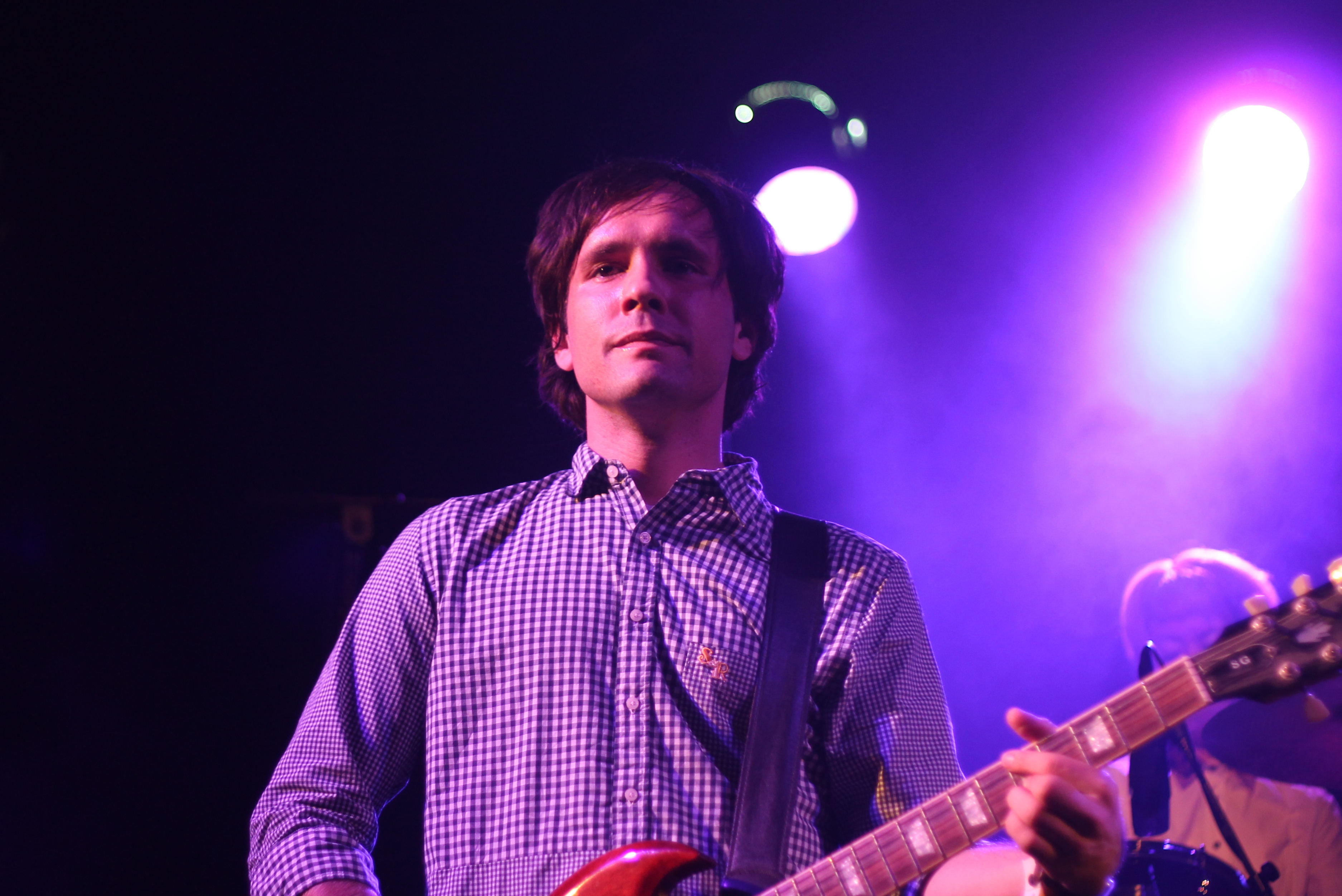 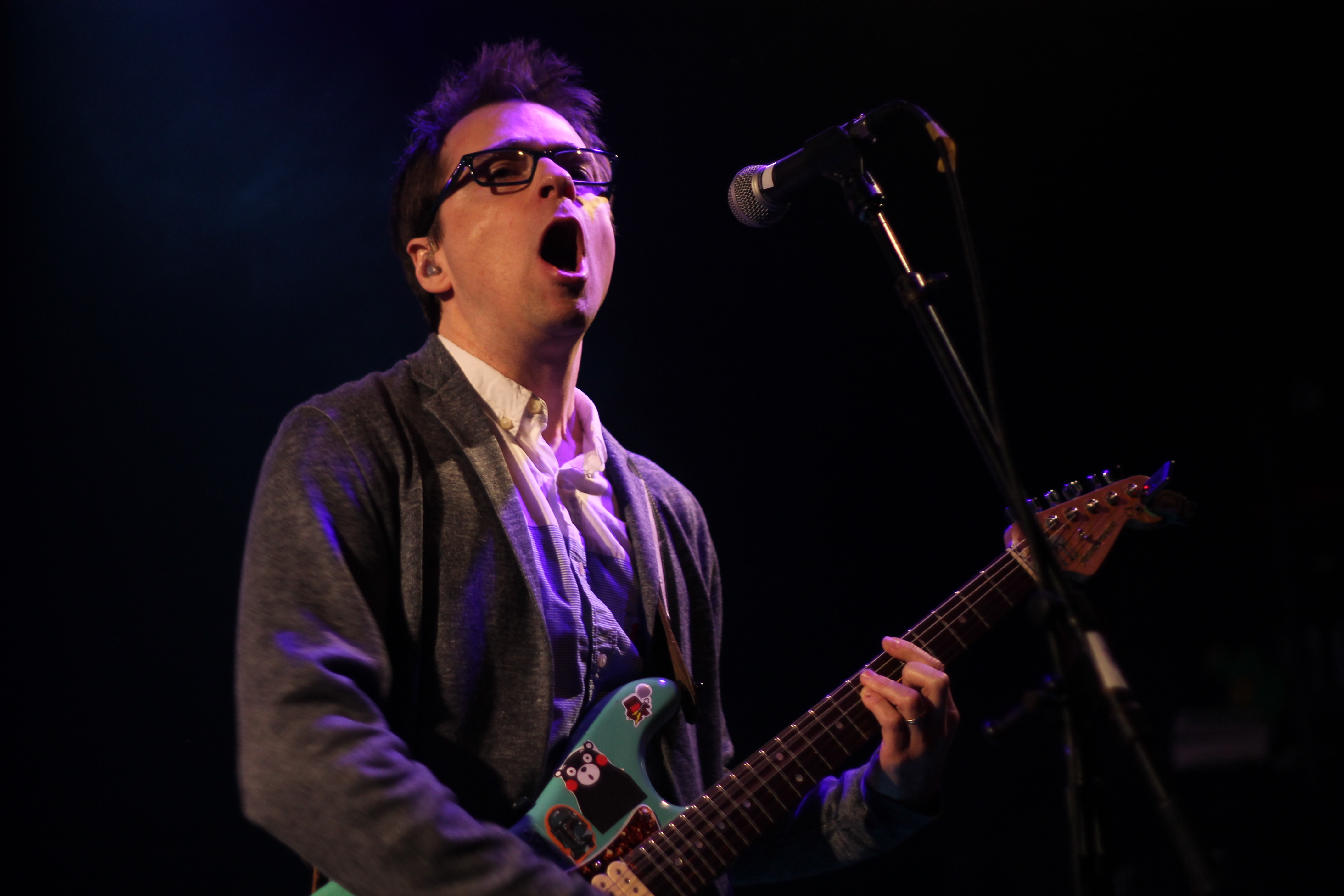